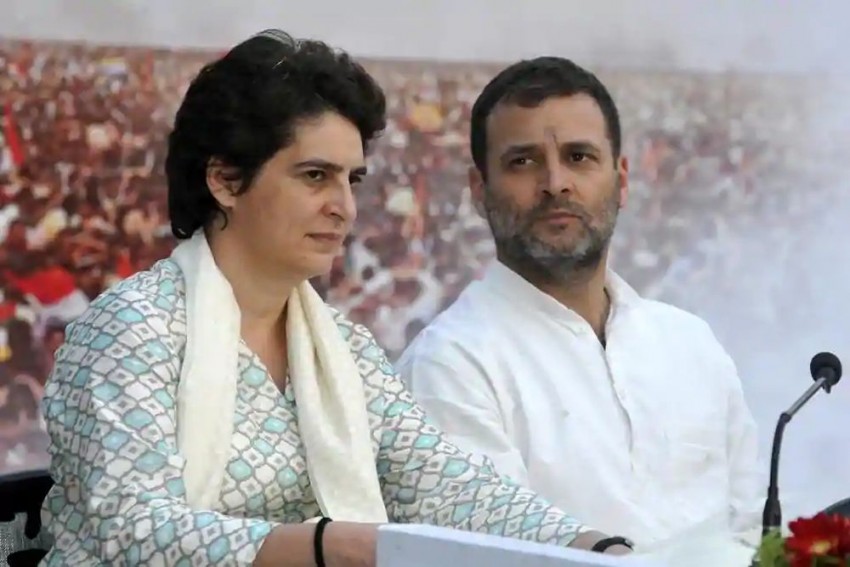 Congress leader Rahul Gandhi and party general secretary Priyanka Gandhi Vadra on Thursday slammed the Uttar Pradesh government over the issue of women safety, after two teenage girls were found dead in a field in Unnao.

His comments came after the bodies of two minor Dalit girls, aged 13 and 16, were found in a field in Unnao district on Wednesday, while the third girl is in serious condition and isundergoing treatment at a hospital.

"The UP government is not only crushing Dalit society, but also the honour and human rights of women. But they should remember that I and the entire Congress party will stand as the voice of victims and will endeavour to get them justice," Rahul Gandhi said in a tweet in Hindi. He also used the hashtag "Save_Unnao_Ki_Beti" with his tweet.

He also used the hashtag "Save_Unnao_Ki_Beti" with her tweet.

Priyanka Gandhi demanded that the third girl be shifted to Delhi for better medical treatment and asked why her family has been detained.

In a Facebook post in Hindi, Priyanka Gandhi said, "The Unnao incident is heart-wrenching. Hearing out the family and providing immediate medical help to the third victim is very important for investigation and justice."

She cited news reports and said the victims' family members have been detained. This will hamper in providing justice, she added.

"After all, what will the government gain by detaining the family," she asked.

"I urge the UP government to hear out the family and the third girl should be shifted to Delhi with immediate effect for her treatment," she said

The three girls were found in the filed in the evening by the villagers when they did not return after they left their house to bring fodder for the cattle, the police said.

A panel of three doctors on Thursday performed the autopsy of the two Dalit girls who were found dead and the report is awaited, police said on Thursday.