Both Ramalinga Reddy and Gopalaiah had called up the Assembly Secretary's office and informed that they will not be able to appear Monday and sought another date. 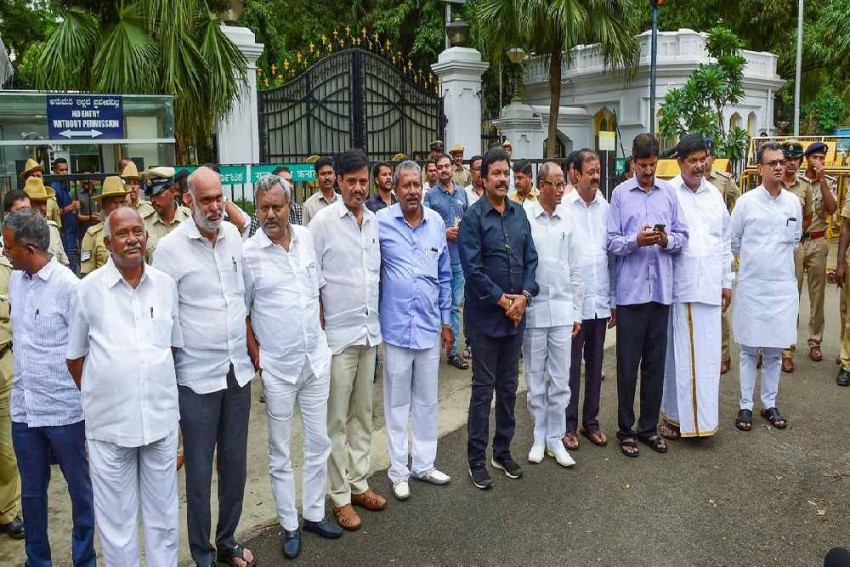 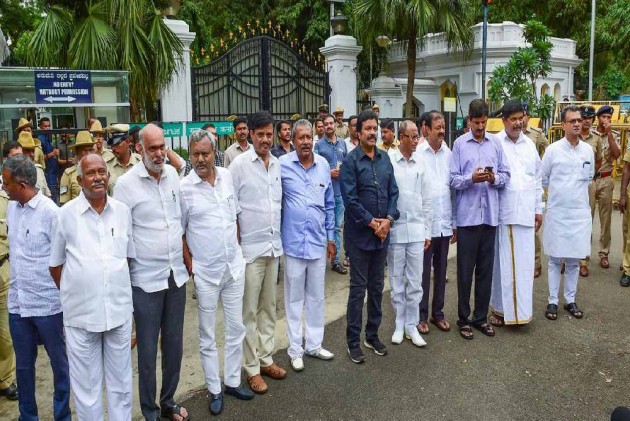 Two rebel legislators, one each from the Congress and JD(S), failed to appear before the Karnataka Assembly Speaker K R Ramesh Kumar Monday for a personal hearing over their resignations from the House.

The Speaker had last week asked rebel Congress leader Ramalinga Reddy and Gopalaiah of JD(S) to appear before him at his office.

Both Reddy and Gopalaiah had called up the Assembly Secretary's office and informed that they will not be able to appear Monday and sought another date, PTI quoted assembly secretariat sources as saying.

"Speaker is yet to fix another date for them to appear before him," the sources added.

While Gopalaiah remained in Mumbai along with other disgruntled MLAs, Reddy is said to have cited personal reasons.

Earlier in the day, Reddy, a seven-time Congress legislator, had tweeted clarifying that he was in Bengaluru, amid reports that he was on his way to Mumbai where other rebel MLAs are camped.

"Some people are unnecessarily spreading the news that I am flying to Mumbai. I have made it very clear that I am in #Bengaluru. Request media friends to abstain from the rumours," he said in a tweet.

The Congress has considered Reddy an "exception" and has not made any disqualification plea against him, as he has stated that he was not quitting the party.

Earlier, three rebel MLAs -- Narayana Gowda of JDS and Anand Singh and Prathap Gouda Patil of Congress -- had failed to appear before the Speaker on July 12.

Reddy and Gopalaiah were part of the first batch of 13 legislators of the ruling Congress-JDS combine who resigned from the Assembly on July 6, dealing a blow to the coalition government. Later, three other MLAs also quit.

Ramesh Kumar had held that the resignation letters of only five of the 13 MLAs were in the proper format.

In addition to that of Gopaliah and Reddy, resignations of Gowda, Patil and Singh were found in order.

The speaker had then fixed July 12 and 15 for hearing MLAs whose resignations were in order while asking others to submit their resignations properly.

Ten MLAs who moved the Supreme Court alleging that the speaker was not accepting their resignations had appeared before him Thursday as directed by the court and submitted resignations afresh.

After the MLAs met him, the speaker ruled out any immediate decision on the resignation.

When the matter came up Friday, the apex court restrained the Speaker from taking any decision on the resignations as well as disqualification of MLAs till July 16.

Meanwhile, the Supreme Court Monday agreed to hear a plea of five more rebel Congress MLAs along with the pending petition of 10 legislators seeking a direction to the speaker to accept their resignations.

Five more rebel Congress MLAs from Karnataka had moved the top court on July 13 against the Speaker for not accepting their resignation.

No Money Was Given To Any Bhai: Nirmala Sitharaman On Rafale Deal