Police said it is suspected that the central locking system of the car got jammed and it caught fire. 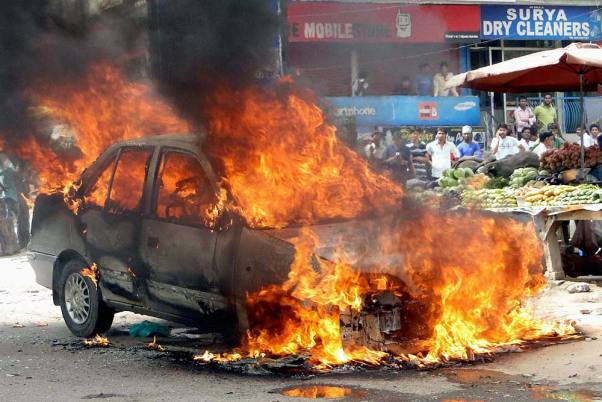 A senior advocate and his assistant were burnt alive as their car caught fire after an accident near the Phagwara bypass chowk in Hoshiarpur, police said on Sunday.

Police said the deceased were identified as Bhagwant Kishore Gupta (62), a resident of Model Town in Hoshiarpur, and his assistant Siya Khullar (37).

Gupta had remained the president of the district unit of the BJP in 2003.

They were going to Chandigarh from Hoshiarpur on Saturday night when the incident took place. Their car rammed into a tree near the Phagwara bypass chowk, police said.

Police said it is suspected that the central locking system of the car got jammed and it caught fire.

The occupants could not come out and were burnt alive, said police.

On receiving information, fire brigade personnel reached the spot and extinguished the fire after about half-an-hour.

The Model Town police is investigating the case.