Crying foul, the NCP-Congress attacked the Bharatiya Janata Party-led Central government 'for exceeding its brief for sheer political reasons' over the issue. 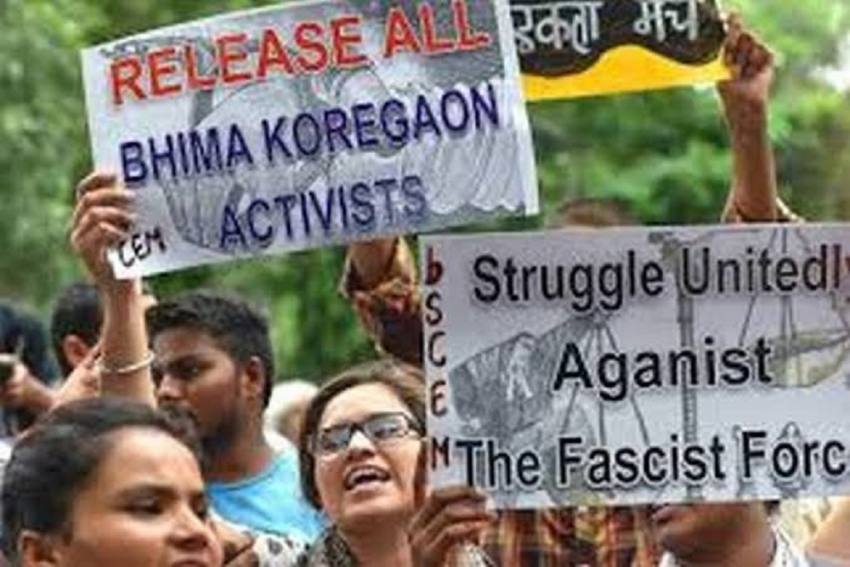 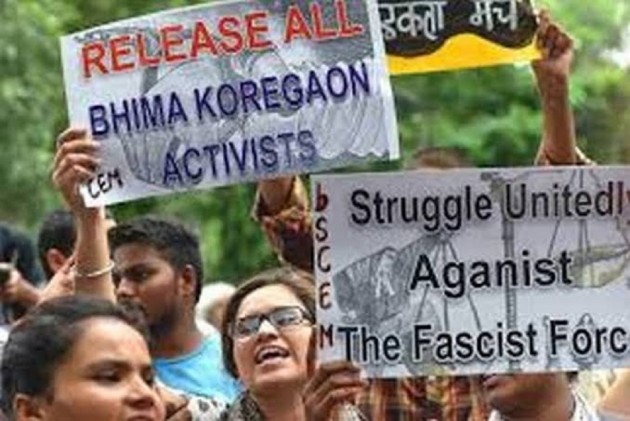 A day after Nationalist Congress Party President Sharad Pawar raised serious doubts over the 2018 Elgar Parishad/Koregaon-Bhima investigations, the Centre swiftly moved against the Maha Vikas Aghadi government and transferred the probe into the case to the National Investigation Agency (NIA).

Crying foul, the NCP-Congress attacked the Bharatiya Janata Party-led Central government "for exceeding its brief for sheer political reasons" over the issue.

A piqued Pawar accused the BJP of harbouring "an acute fear" of being disrobed in the Koregaon-Bhima-Elgar Parishad case and chose to post-haste hand it over to the NIA.

He reiterated his demand for a Special Investigation Team (SIT) to conduct an in-depth independent investigation to "unravel the truth" over the Pune Police's probe into the case.

"Prima facie, it seems they (Pune Police) misused their power. The NIA may have taken over the probe, but it is necessary for the state government to investigate lapses by Pune Police or whether they misused powers to frame the activists," Pawar said.

Locking horns with the Centre, he said the fresh probe was necessary as the move to hand over the case to NIA has "aroused suspicions", and it may have apprehended that the re-investigation could expose the former BJP state government and its hand-picked officials in the matter.

"In no way can it be said that all those who take up cudgels against injustice and atrocities by the government are naxalites, as in this case," Pawar pointed out.

Interestingly, the Centre's abrupt move came a day after Pawar wrote to Chief Minister Uddhav Thackeray and hours after Deputy CM Ajit Pawar on Friday held a meeting to review the case status and charge-sheets filed by Pune Police.

State Home Minister (NCP) Anil Deshmukh slammed the Centre saying they were scared of a fresh probe contemplated by the MVA government as it could nail the previous BJP-led regime for messing up the original investigations.

"We shall seek legal opinion in the matter before launching a fresh investigation," said Deshmukh.

"Anyone who opposed the MOSH agenda of hate is an 'Urban Naxal'. Koregaon-Bhima is a symbol of resistance that the government's NIA stooges can never erase," Gandhi said in a sharp tweet.

Pawar had questioned the manner in which Pune Police probed it and claimed that the previous BJP-regime had "vengefully" implicated several Dalit and rights activists in the Elgar
Parishad-Koregaon-Bhima cases, based on "trumped up" charges.

After the MVA government of Shiv Sena-Nationalist Congress Party-Congress took office on Nov. 28, there was a change in perception of the cases lodged during the previous government.

Nevertheless, caught unawares by the Centre's move, shortly before midnight on Friday, Deshmukh condemned the decision "to transfer the probe to NIA without any consent of the Maharashtra government."

The NCP-Congress appear firm on setting up an SIT to re-look at the high-profile and sensitive case which could bring out skeletons of the former BJP-regime and its investigators, prompting the Centre to hastily shift it to NIA.

Pawar contended that many prominent personalities and legal luminaries such as former Supreme Court Judge P.B. Sawant, former Bombay High Court Judge B.G. Kolse-Patil and others have raised objections to the manner in which the case was probed by Pune Police in which activists were arrested from different parts of India and branded 'urban Naxals'.

The NCP chief pointed out that the then CM Fadnavis had not described those arrested activists as 'urban Naxals' and emphasised that the cases registered against them are not based on facts.

On Dec. 31, 2017, a large Elgar Parishad was organised in Pune's Shaniwar Wada which was addressed by top leaders of Lefits, social and Dalit intellectual, the Kabir Kala Manch, the banned CPI (Maoist), its frontal organisations and others which allegedly triggered the violence the next day in Koregaon-Bhima.

On Jan. 1, 2018, caste riots erupted when over 100,000 Dalits converged to celebrate the historic Jan. 1, 1818 victory of a small 800-strong force of the Mahar caste of the Bombay Native Infantry of the British East India Company over a battalion of the huge 28,000-strong army of the Peshwa Bajirao II in Koregaon-Bhima after a 12-hour battle.

The two incidents proved to be a watershed in the state's recent political history and a chasm developed as the then BJP-led government went hammer-and-tongs after the Leftist groups and their leaders.

Later during June and August 2018, many prominent Dalit and Leftist activists and intellectuals were arrested in a nationwide swoop by Pune Police.

It was the Pune Police's contention that these persons/groups supported, funded and organized the Elgar Parishad as part of a larger conspiracy to create social and political unrest in the country, assassinate Prime Minister Narendra Modi, wage a war against the country and overthrow the democratically-elected government.