Even as the peak season is set to begin –- since the fruit is always in high demand during the Ramzaan -- truckloads of GI-tagged Vazhakulam pineapples sit rotting outside Delhi, Maharashtra, Rajasthan and Gujarat – the traditional markets in the post-winter months. 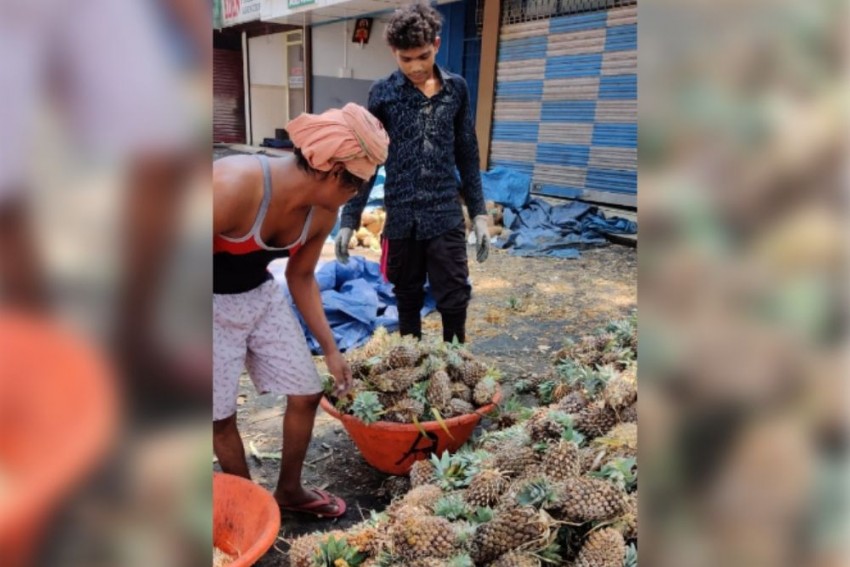 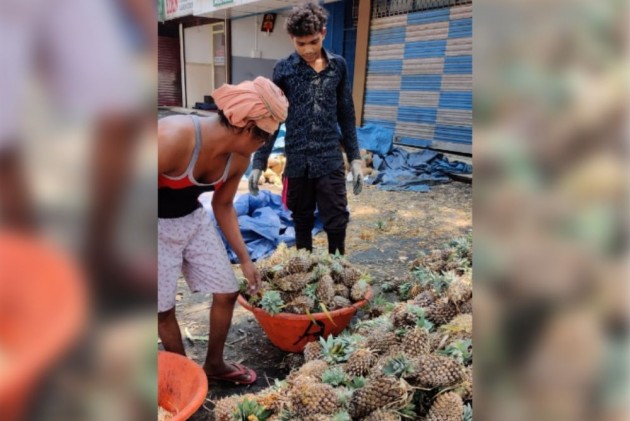 On account of subdued demand from its primary markets in North India and the Gulf countries, Kerala’s pineapple growers have had to temper expectations in the wake of the nationwide COVID-19 lockdown. Even as the peak season is set to begin –- since the fruit is always in high demand during the Ramzaan -- truckloads of GI-tagged Vazhakulam pineapples sit rotting outside Delhi, Maharashtra, Rajasthan and Gujarat – the traditional markets in the post-winter months.

“The fruits have a shelf-life of just 10-15 days. Pineapples should have been added to the list of essential commodities but the trucks are being stopped at state and district borders. With the Gulf nations too closing their borders to imports, 90 per cent of our market has been lost,” said Baby John, a grower and executive director of Vazhakulam Pineapple Growers and Processors Pvt. Ltd. Only the ripe fruit is sold for consumption and further processing within the state. 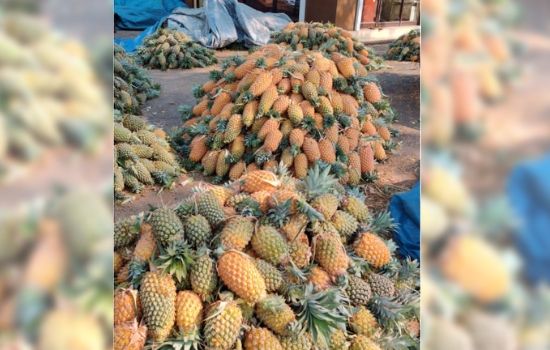 The easing of restrictions on inter-state freight movement earlier this week has offered a slight respite as have enquires from Tamil Nadu and Karnataka. “But only 100-200 tonnes are moving daily now as opposed to the 1,200 tonnes produced on our farms daily since there is a shortage of trucks and willing drivers. Around 5,000 tonnes is ready for harvest, but we have resorted to harvesting on a smaller scale, only about 200 tonnes per day,” said John, adding that some 1,000 tonnes have already rotted because of the lockdown.

While the general shortage of fruit has pushed the price of pineapple upwards of Rs 50 per kg in a number of retail markets – as opposed to the fluctuating farm gate price (between Rs 10-12 on April 2) for even the Special Grade variant, the prospects are hardly optimistic. The prevailing gloom, after the premature euphoria when prices were at a high of Rs 30 per kg earlier in the year, has proved hard to dissipate with the pandemic having set in. The sector, John estimates, will have to eat a minimum loss of Rs 100 crore as a result. The situation has forced growers to seek a one-year moratorium from the state government on existing agro-loans.

“If not that, then an interest waiver at the very least. More than one lakh families depend on the pineapple for their livelihood. Many farmers have availed agricultural loans amounting to about Rs 700 crore. Presently, when per day production of 1,200 tonnes (worth Rs 3 crore) cannot be harvested, the falling incomes will make repayment difficult,” says John, who added that prices were in free fall after the Agricultural Produce Market Committee (APMC) markets closed down in an effort to dissuade public gatherings.

The government has initiated measures to classify fruit harvesting under essential services and Chief Minister Pinarayi Vijayan assured growers that harvesting would continue without a hitch. Agriculture Minister VS. Sunil Kumar has said that pineapple collection would be expedited by the Kerala State Horticultural Products Development Corporation (HORTICORP) Mission. Still, there is the dearth of labourers to contend with. A difficult situation for the small-scale farms in particular. Larger farms have the advantage of housing their own workforce.

Meanwhile, the production costs, including the cost of planting material and land preparation, offer little respite. And then there is the lease rent. Growers in Vazhakulam, the village situated on the western fringe of Ernakulam district is considered the state’s pineapple hub, lease about 18,000 acres from the large plantations in the surrounding rubber belt. Moreover, decontrolled urea (the manure primarily used on the farms) prices have further thinned growers’ margins.

Worse still, the lack of air freight sales owing to airport closures, flight cancellations in the state and embargoes in the GCC had seen export volumes plummet before coming to a standstill now. According to the Vegetable and Fruit Promotion Council Keralam (VFPCK) – the state’s nodal agency for agriculture exports, exports at three airports in Thiruvananthapuram, Kochi and Kozhikode alone had reportedly fallen by over 50 per cent prior to the lockdown. Annually, the VFPCK notes, pineapples and bananas account for about 70 per cent of the state’s green exports.

“From our annual production of 4.5 lakh tonnes, we would generate a total revenue of Rs 1,100 crore. This year, the farmers will be lucky to see even a fraction of that amount,” John said.