The Goa government has filed an application before the Bombay HC seeking retrial of a case in which noted journalist Tarun Tejpal was accused of sexually harassing a former colleague in 2013. 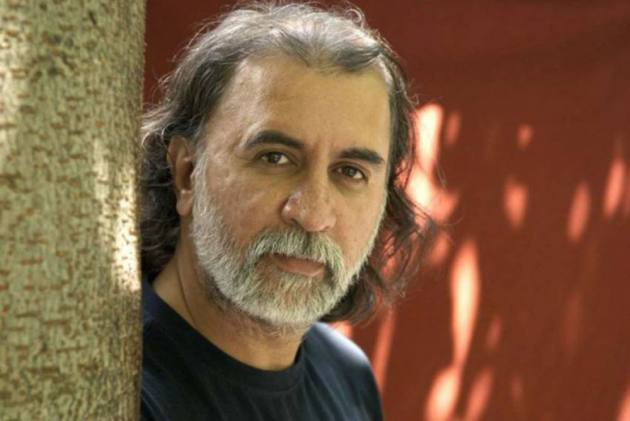 The Goa government has filed an appeal before the Bombay High Court’s Goa bench seeking retrial of a case in which noted journalist Tarun Tejpal was accused of sexually harassing a former colleague in 2013.

Stating that the Goa sessions court which acquitted Tejpal lacked understanding of an assault victim’s post-trauma behaviour, the Goa government in its application stated that the court discredited the victim’s evidence but took the evidence provided by Tejpal as the Gospel of truth.

The appeal, filed before the HC's Goa bench, was amended this week to bring on record the judgement and to include further grounds against the acquittal of Tejpal.

Tejpal was accused of sexually assaulting a former colleague inside the elevator of a luxury hotel in Goa in 2013.

The Goa police registered an FIR against Tejpal in November 2013 following which he was arrested. He then received bail on May 2014.

He faced trial under IPC sections 341 (wrongful restraint), 342 (wrongful confinement), 354 (assault or criminal force with intent to outrage modesty), 354-A (sexual harassment), 354-B (assault or use of criminal force to woman with intent to disrobe), 376(2)(f) (person in a position of authority over women, committing rape) and 376(2)(k) (rape by a person in a position of control).

In its application, the Goa government claimed that the trial court completely ignored the most telling piece of evidence in the case (the apology e-mail) "which established the guilt of the accused beyond a shadow of doubt".

The trial court in its judgement questioned the woman's conduct, noting she did not exhibit any kind of "normative behaviour" such as trauma and shock which a victim of sexual assault might plausibly show.

In its amended appeal, which will be heard on June 2, the state government said the trial court had "lost sight" of the fact that it was Tejpal who was an accused and was on trial, and not the victim.

"The entire judgement focuses on indicting the complainant rather than trying to ascertain the culpable role of the accused," the appeal said.

The finding of the trial court on how a woman, who has been a victim of sexual assault, normally behaves is "unsustainable in law and is coloured by prejudice and patriarchy", it said.

In its appeal, the prosecution sought the HC to expunge several portions of the judgement that cast aspersions not only on the prosecution's case, but also on the victim.

"This fact, accompanied by other attendant circumstances, clearly makes out a case for retrial in accordance with law," the prosecution said.

Referring to portions in the judgement which noted that the CCTV footage and photographs from the event show the victim cheerful and smiling, the government in its appeal said the observations "betray a complete lack of understanding of the post-trauma behaviour of victims".

They (observations of trial court) also demonstrate complete ignorance of the law and also several directions and guidelines passed by the Supreme Court (on how to handle such cases), it said.

The trial court allowed "scandalous, irrelevant and humiliating questions" to be put before the victim, it said.

"The trial court in its 527-page judgement has been influenced by extraneous and inadmissible materials and testimonies, graphic details of the victim's sexual history, that is prohibited by law, and has used the same for purposes of censuring her character and discrediting her evidence," the appeal said.

The manner in which the evidence of the prosecutrix (victim) was recorded in the case by the trial court requires close "judicial scrutiny", it said.

"Much of the impugned judgement has been consumed by sexual gossip and alleged sexual fantasies related to the prosecutrix which are legally prohibited," the appeal said.

The victim in her statement to police and to the court had said that while she was traumatised and shocked after the incident, due to professional commitments she had continued working at the event, the appeal further said.

On the trial court refusing to accept the apology e-mail sent by Tejpal to the victim, the government said the court has not given any cogent finding as to how a person of the education, age and maturity of the accused, who was in a position of power over the victim, could in any manner be pressured into apologising.

"The trial court has completely ignored the most telling piece of evidence in the case (the apology e-mail) which established the guilt of the accused beyond a shadow of doubt," the appeal said.

It further claimed the trial court was wrong in questioning the victims conduct post the incident and that she confided in three of her male colleagues about the incident instead of her female roommate.