Tourism-Dependent Elephanta Island Faces A Tough Time During The Pandemic

The tourism industry has taken a hit due to Coronavirus pandemic across the world, India is no exception to it. 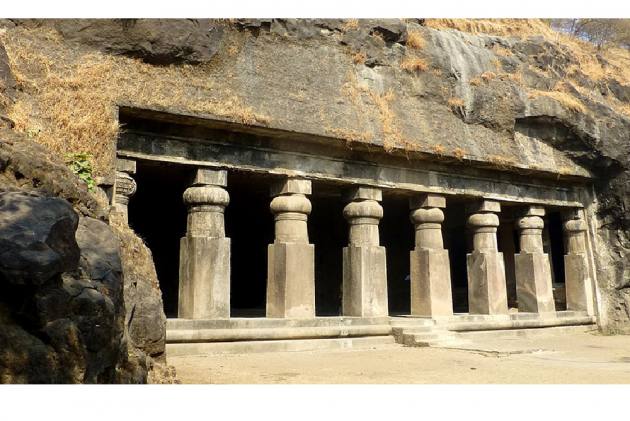 The covid-19 pandemic has had a significant impact on the tourism industry worldwide. Gharapuri island, which holds the famous Elephanta caves, a world heritage site off the Mumbai coast, is no exception.

This tiny island consists of three hamlets- Rajbunder, Shetbunder and Mora Bunder. The residents here are entirely reliant on tourism for a living, and in normal times, except during the monsoon, this place sees a high volume of tourists who come to see the collection of cave temples primarily dedicated to the Hindu god Shiva.

However, things changed after the Covid-19 controversy erupted last year. The pandemic, as well as the ensuing statewide lockdown and state-level restrictions, have had an impact on people's lives. The inhabitants claim that, in addition to them, the gramme panchayat has run out of funds, and that certain non-governmental organisations (NGOs) are assisting them with groceries and other necessities.

Gharapuri’s sarpanch Baliram Thakur said, 99 per cent of the 1,100 population depends on tourism, which is completely shut since March 2020.

“There are cutlery shops, small restaurants, local guides, who provide services to the tourists. Only a few local people depend on fishing for survival,” he said.

“We have been seeking financial aid to the locals and the demand is being pursued at the tehsildar level,” he said.

Thakur said the locals were accustomed to calamities of four to eight days of span when the boat ferry services would stop plying due to rough weather in monsoon period, due to which there used to be no tourists. “But the last one-and-a-half year of lockdown has hurt us very hard," he said.

“Initially, the gram panchayat provided food grains to the local residents, but now it has run out of money. We don't know whether we will be able to pay salaries to our 14 member staff,” Thakur said.

He said the gram panchayat has been demanding a share in the funds collected by the Archaelogical Survey of India (ASI) - Rs 40 per domestic tourist and Rs 400 per foreigner.
“But we don't get any financial assistance from the ASI for providing basic amenities at the world heritage site,” he said.

"We have run out of our savings and have to depend on the small fish available near the shore for our diet. Some NGOs have been helping out with groceries and sanitisers, masks required for the safety,” he said.

The ASI has appointed 40 security guards at the Elephanta caves. Even though the premises are shut, these guards are paid their salaries on time, Bhoir claimed.

“All of them are outsiders. Had the local youths been roped I to provide security, the villagers would have benefited. Similarly, the local youth should have got employment to man the Elephanta jetty,” he said.

But a few local residents like Prakash Lad seem to be in a better position as they work outside the island as salaried employees.

Lad, who works at the Mumbai airport, said a handful of villagers are employed in Mumbai and Uran in Raigad district.

“The rent is high, school fees and electricity bills are taking a toll on the financial condition of our people. June to August every year is always a low period for tourism due to monsoons. But our people had savings to fall back on during such times. However, as the pandemic and lockdown are getting prolonged, things are not going to change anytime soon," he said.