Told Not To Contest Polls, Says Murli Manohar Joshi In Letter To Voters

Murli Manohar Joshi, who is one of the founding members of the BJP, along with former Prime Minister Atal Bihari Vajpayee and L.K. Advani, had left his Varanasi seat for Prime Minister Narendra Modi in 2014 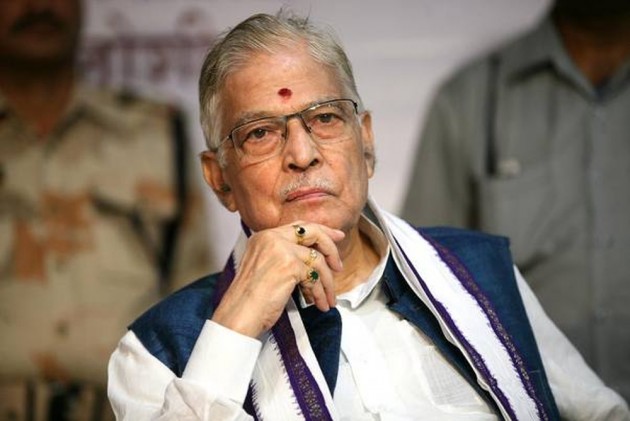 Murali Manohar Joshi, a veteran of the Bharatiya Janata Party (BJP) will not contest the 2019 Lok Sabha elections from anywhere as he has been denied a party ticket from the Kanpur constituency in Uttar Pradesh by the party.

In a letter to the people of Kanpur, the former union minister and past BJP president said: "Dear people of Kanpur, General Secretary of the BJP Ramlal conveyed to me today that I should not contest the ensuing parliamentary election from Kanpur and elsewhere."

85-year-old Joshi, who is one of the founding members of the BJP, along with former Prime Minister Atal Bihari Vajpayee and L.K. Advani, had left his Varanasi seat for Prime Minister Narendra Modi. He then won the 2014 elections from Kanpur.

Joshi heads Parliament's Estimates Committee and some of its observations, including on jobs, the GDP and non-performing assets, embarrassed the government.

BJP leaders said the party has taken a "principled decision" that veterans should make the way for younger leaders.

The BJP has also not given tickets to likes of B C Khanduri, Kariya Munda, Kalraj Mishra, Bijoya Chakravarty - all many term MPs and over 80 years of age - besides Advani (91).

The BJP has also denied a ticket to Advani and replaced him with party President Amit Shah from Gandhinagar Lok Sabha seat. Advani has represented Gandhinagar for six times since 1991. Vajpayee has also represented the Gandhinagar in 1996.

Joshi along with Advani also does not also feature in the BJP's list of 40 leaders who will be campaigning for the party's candidates during the first two phases of Lok Sabha elections in Uttar Pradesh.

Prime Minister Narendra Modi, BJP president Amit Shah and top leaders such as Rajnath Singh, Nitin Gadkari, Arun Jaitley, Sushma Swaraj, Uma Bharti, Nirmala Sitharaman, and Yogi Adityanath are some of the key leaders who are part of this list of star campaigners.