Going For A Haircut In Chennai? First Show Your Aadhaar Card, Please

Two previous hotspots – at Koyambedu supermarket and neighbouring Arumbakkam locality – were directly attributable to the virus being spread from hair cutting salons, which were operating surreptitiously. 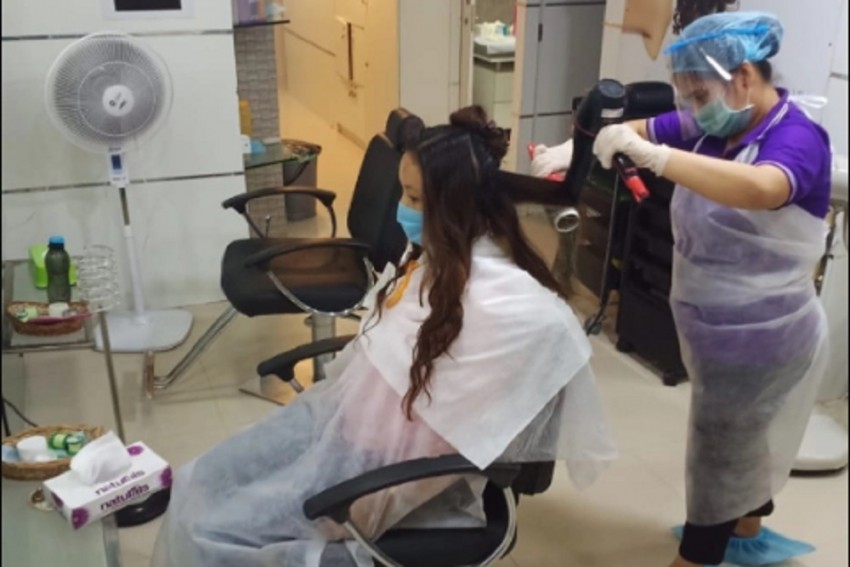 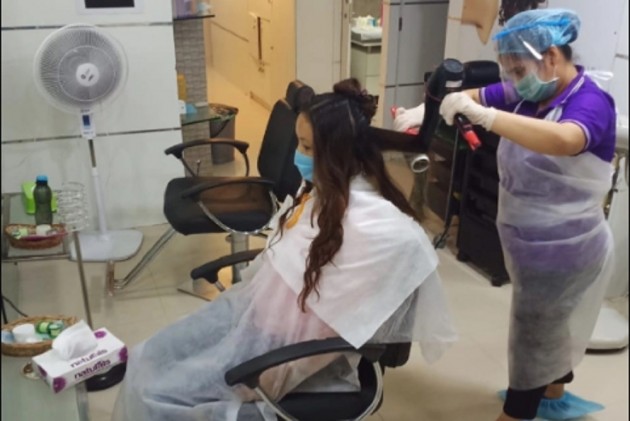 If you need a haircut or a facial massage in Chennai, you will now have to flash a copy of your Aadhaar card. The state government imposed this new condition after customers were found entering fake mobile numbers in the register maintained at the salons.

The authorities, naturally, are shy after having been bitten twice. Two previous hotspots – at Koyambedu supermarket and neighbouring Arumbakkam locality – were directly attributable to the virus being spread from hair cutting salons, which were operating surreptitiously. While an infected barber who had arrived from Dubai was responsible for the Arumbakkam spread, six labourers from Koyambedu, who were positive, spread it through another salon they had used. Both these salons were sealed after contact tracing was done.

Hence, when the barber shops and beauty salons in Chennai were allowed to operate from June 1, the authorities, other than imposing certain safety measures, also asked every salon to maintain a daily register with names and mobile numbers of every customer. This would help in contact tracing if any worker or customer at the salon later tested positive.

ALSO READ: Things That Got Covided: Why Some Things Will Never Be The Same Again

“During inspection, we found that many customers had given false numbers to evade scrutiny by the health officials. So we asked them to come up with copies of their Aadhaar card so that Aadhaar number will also be entered in the register. Customers who do not come with the Aadhaar copy can ask their family members to send a photo via WhatsApp, which can then be verified by the salon operator and entered in the register,” explained J. Radhakrishnan, Relief Commissioner and Chennai’s Covid-19 Nodal Officer.

He explained that contact tracing was a key component of controlling the spread of coronavirus and the government had to take this extra precaution even if it causes inconvenience to the public. “Thankfully, most people have a photo of their Aadhaar Card stored in their mobile phones,” he pointed out.

Sharvan Kumar, who runs “Saloon Guys” in Adyar, says that customers do not complain if they are asked to enter details in a register. There are other conditions too, like taking appointments to avoid crowding. “Previously, eight customers could be attended at the same time, but now we allow only four customers inside the salon. They must wear masks at all times, which can be removed only for trimming and shaving. On our part, all of us wear gloves and masks and each equipment is cleaned with a sanitizer after being used on a customer,” he explained. Many parents, who bring their kids for a haircut, now bring their own combs, he added.

In women’s beauty parlours, the safety measures are even more stringent as more beauty procedures are involved, explained Veena, who runs two beauty parlours in Central Chennai. “We provide gloves, masks and footwear cover to all our customers. We also use disposable drapes for them and gowns for our beauticians. We encourage them to come with appointments and combine facial and hair colouring in the same sitting to avoid unnecessary exposure,” she said. The costs have gone up a bit but our customers don't complain since it is for their own safety, she added.

More importantly, beauticians are now being taught new threading techniques, since they used to hold one end of the thread with their teeth while shaping eyebrows. “We show them YouTube videos in which the other end of the thread has been worn around the beautician’s neck. There is also a new product which has come into the market, using which, the thread can be clipped more effectively. We are procuring them as well. But most importantly, unlike in the past, they are discouraged from going too close to the customer’s face,” she said.

According to a health department official, all parlours must thoroughly sanitize the premises before closing down for the day and after opening up for business.