The government appointed Dr J Radhakrishnan, present revenue commissioner and Covid-19 nodal officer for Chennai, as the Health Secretary, a post he had held before Beela Rajesh. 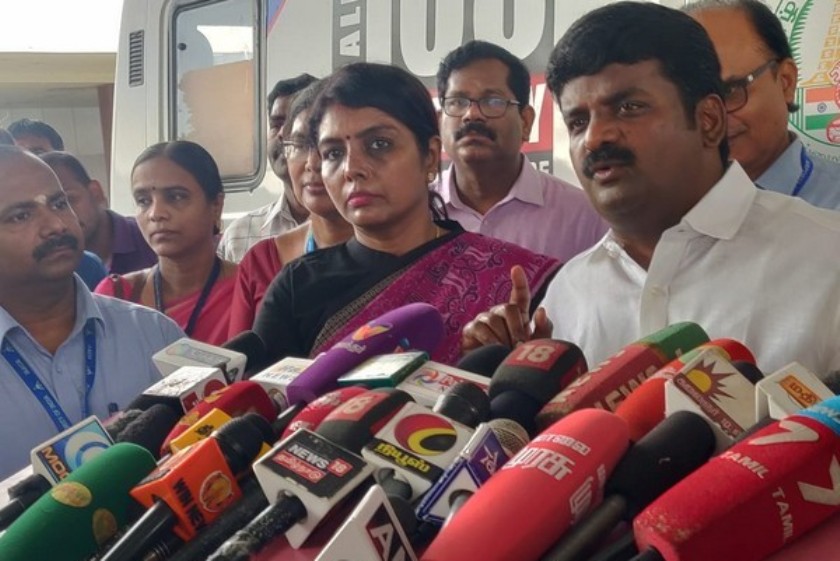 In a virtual admission that it has failed to control the spread of Covid-19, the Tamil Nadu government on Friday transferred its Health Secretary Beela Rajesh and replaced her with a more senior officer.

The government appointed Dr J Radhakrishnan, present revenue commissioner and Covid-19 nodal officer for Chennai, as the Health Secretary, a post he had held before Beela Rajesh.

With the state witnessing a daily jump of over a thousand corona cases every day, while Chennai and its surrounding districts accounted for two thirds of them, the government felt that a new direction was needed. On Thursday alone, Chennai recorded an all time high of 1,407 cases in a single day against the state’s overall number of 1,875 fresh cases. Tamil Nadu’s overall Covid-19 tally rose to 38,716 while the death toll touched 349 as 23 patients died on Thursday.

Rajesh used to be the face of the state’s Covid-19 fight by holding daily press meets in place of the state Health Minister C. Vijayabaskar. Only ten days ago, the minister had halted her arguing it would affect the anti-Corona fight. But apparently the chief minister decided to change the lady official as she appeared to be losing her grip over the Covid fight in Chennai and its nearby districts.

The rapid spread of the disease in Chennai and its neighbourhood has also resulted in a huge demand for hospital beds as government wards continue to fill up and private hospitals are charging nothing less than Rs.2 lakh for admission alone. Many hospitals are turning away patients saying there is no bed to spare while the minister claimed that there was an adequate number of beds.

When a former TV newscaster and stage personality TV Varadharajan put out a video message urging people to stay indoors and citing the example of his friend who could not get admission in any hospital in spite of showing all signs of Covid-19, the health minister had a police case filed against him for spreading rumours.

According to D Ravikumar, MP from Villupuram district, the minister should also be changed as he had projected himself as a leading figure on behalf of the govenrment in the fight against Covid-19. “If Beela Rajesh has to go, so should Vijayabaskar as he is equally responsible. He is also facing many corruption cases and should have been sacked many months ago,” he said.

The change of guard at the official level may also be an indicator that Chennai and its neighbouring districts may go in for a spell of stringent lockdown lasting up to a week from Monday. In fact, the Madras High Court has also asked the state government to spell out if there was any such move.