Senior TMC leader and Dumdum MP Saugata Roy said the party will try to address her grievances and sort out the issues. 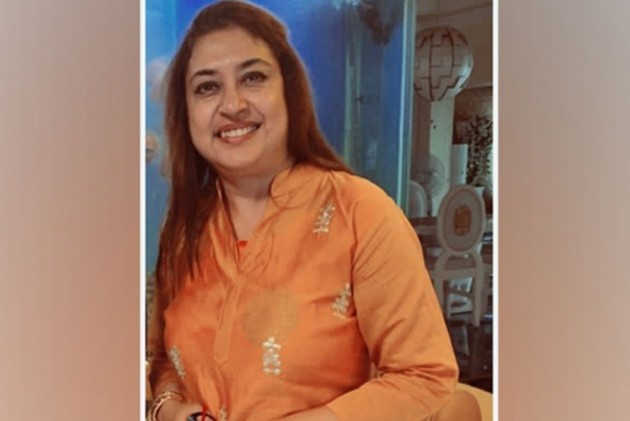 Trinamool Congress on Friday soothed the ruffled feathers of Birbhum MP Satabdi Roy whose Facebook post earlier in the day about a decision on Saturday sent alarm bells ringing in the party which is already grappling with exodus ahead of the Assembly elections in West Bengal.

TMC spokesperson Kunal Ghosh held an hour-long meeting with the actor-turned-politician at her south Kolkata residence on Friday afternoon after she dropped hints of quitting the ruling party in the state.

“Satabdi Roy is an old friend. I had come to meet my friend," Ghosh told reporters while leaving her residence, adding several other TMC leaders have spoken with her.

"I have also come to know that BJP leader Mukul Roy had called her up and asked her to meet him during her visit to Delhi tomorrow," he said.

Senior TMC leader and Dumdum MP Saugata Roy said the party will try to address her grievances and sort out the issues.

Also Read| Is 'Snubbed' TMC MP Satabdi Roy On Her Way Out Too? Decision On Saturday

Roy, in a Facebook post, had claimed that she is not being informed about party events in her constituency and this has caused "mental pain" to her.

The three-time Birbhum MP had said she will inform the public at 2pm on Saturday if she takes any "decision", causing ripples in the TMC.

According to party sources, Roy is having differences with Birbhum district TMC chief Anubrata Mondal.

"I have a close connection with this constituency. But recently many people have been asking me why I am missing from several party programmes. I want to tell them that I want to attend all programmes. But I don't get to know about many programmes and if I am not even informed about events in my constituency, then how can I attend. I was mentally pained because of this," Roy's post in her fans' club page read.

Roy said she has spent more time with the people of her constituency than her own family in the last 10 years and even her enemies can't discredit her on this account.

"So, this year I am trying to take some decisions so that I can spend the entire time with you. I am grateful to you. You have been supporting me since 2009. Hope you will support me in the coming days too," the post read.

When contacted, Roy confirmed that the post was indeed made by her.

"I have tried to reach out to the leadership but it has been of no use. If I am not able to work for the masses then what is the use of continuing in the post," she told reporters.

Roy had twice given resignation from the Tarapith Unnayan Parishad but those were not accepted, sources close to the MP said.

She is scheduled to visit Delhi on Saturday, they said.

When asked whether there are chances of joining the BJP, she refused to reply.

Responding to a query whether she will meet Union home minister Amit Shah, Roy said, "There are always chances of meeting people you know but there is no such possibility."

Reacting to the development, Mondal said, "She is still in the party. If she takes any step, then I will say whatever I have to."

Roy was seen with Chief Minister Mamata Banerjee during a roadshow in Bolpur on December 29.