Dalit writer-turned MLA Manoranjan Byapari said that his controversial Facebook post in which he had stated he was 'feeling suffocated in politics' shouldn't be politicised because it was an "emotional outburst". 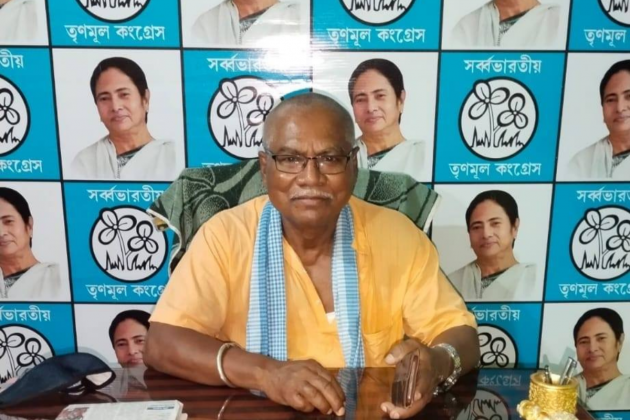 A Facebook post shared by Trinamool Congress MLA Manoranjan Byapari has caused a commotion in West Bengal with the Dalit-writer turned politicians saying that the post was an emotional outburst that should not be "politicised".

"My comments should not be politicised. I merely voiced my conflict when faced with a situation where I don't have the power to solve the problem of the person approaching me," Byapari said.

On Saturday, the first time MLA from Balagarh seat in Hoogly district said that his controversial Facebook post in which he had stated he was "feeling suffocated in politics" shouldn't be politicised because it was an "emotional outburst".

In the controversial post shared on his Facebook account, Byapari had expressed his concerns about it had been a mistake for him to join politics as he could not solve everyone's problems. He added that this gave him sleepless nights as many looked up to him as a 'masiha' (saviour) for being a people's representative.

"The FB post was triggered by my helplessness after getting SOS calls from two families seeking admission in hospitals. There are many such examples. People think we have a magic wand to solve all problems in their lives," the writer of acclaimed books like ''Itibritte Chandal Jibon'' (Interrogating my Chandal life) and ''Batashe Baruder Gondho'' (Smell of gunpowder in the air), told PTI.

Byapari, however, asserted that he would continue to be the legislator which would enable him to help people in need.

"I move around on an e-rickshaw in my constituency to reach out to people in need," he said.

"In my books, I depicted real-life situations involving poor people and was paid for my writings. I often thought the money I got for such literary works should reach the people whose plight I had projected in my writings. This was the conflict I had often faced," Byapari said, adding this also influenced his decision to take a plunge into politics.

After the Facebook post that went viral, Byapari put up another post on Friday saying, "Our Didi Mamata Banerjee has taken several humane steps to remove the misery of people and will continue to do so."

He said that his first post that caused stir had no conflict with the humane approach of Banerjee, who "wants to help the needy but she could have done more had the Centre not been the stumbling block".

"Instead of releasing central funds, the BJP plots to prevent the TMC government in West Bengal from doing its work. I have visited River Ganga bank erosion-affected areas in my constituency and seen how people have been affected as no effort was made by the Centre to prevent erosion.

"I felt that I could not be of much help to the people rendered homeless by erosion despite being the MLA. But the state government is not responsible for it," he said.

Asked whether he has been approached by any TMC leader for his Facebook posts, Byapari replied in negative.

"My comments should not be politicised. I merely voiced my conflict when faced with a situation where I don''t have the power to solve the problem of the person approaching me.

"I think such pain and anguish will be shared by any emotional person. My feelings will be appreciated by politicians who have a heart but not by those hardnosed ones who conspire to kill people to get votes and assume power in Delhi," he said, without naming anyone.