Home  »  Website  »  National  »  Though Exit Polls Are Favourable, DMK's Stalin Says Will Wait For May 23

Though Exit Polls Are Favourable, DMK's Stalin Says Will Wait For May 23

DMK President MK Stalin Monday said he would wait for May 23 to know the people’s mandate, while Tamil Nadu Chief Minister K Palaniswami dismissed the predictions suggesting his AIADMK party would perform poorly. 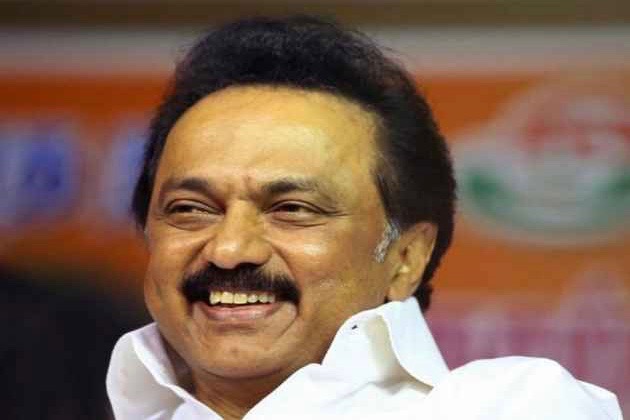 Though exit polls predicted good showing for his party, DMK President MK Stalin Monday said he would wait for May 23 to know the people’s mandate, while Tamil Nadu Chief Minister K Palaniswami dismissed the predictions suggesting his AIADMK party would perform poorly.

"As far as exit polls are concerned, even if they are favourable to DMK, or not, we don't take them seriously, don't accept them," Stalin told reporters in Chennai.

He said this was the stand adopted by the late party chief and his father M Karunanidhi in the past too.

"In three days, it is going to be evident what is the people's prediction...we are waiting for that," he said referring to May 23 results day.

In contrast Palaniswami was dismissive of the exit polls, saying he had himself proved wrong similar predictions of him losing in 2016.

Palaniswami exuded confidence that the AIADMK and its allies win would all the seats in the state and one in Puducherry, adding that said exit polls were more of "imposing of opinion".

"In 2016 (assembly election) also, such exit polls were done and they suggested that in Salem, the AIADMK will win only three seats and that even I will lose (from Edappadi seat in Salem)," he said. "But I won with a difference of 42,000 votes even as the AIADMK won 10 seats against the three (mentioned in the exit polls)."

"This is what exit polls are all about. They are imposing of opinion," the AIADMK leader said, claiming that the predictions would be proved wrong this time also.

Asked about the exit polls suggesting a good show by AIADMK ally Bharatiya Janata Party across the country, Palaniswami said he was referring only to Tamil Nadu as the "AIADMK is not a national party, but a regional one".

“In Tamil Nadu, the AIADMK and alliance parties will win all 38 seats, besides the one in Puducherry. Further, our party candidates will win all the 22 seats where bypolls were held," he said. Election to the Vellore seat was rescinded after the recovery of a huge amount of cash.

The AIADMK's participation in the central cabinet can be thought about only after the results are declared. The true picture will be known on May 23, Palaniswami said.

Palaniswami accused the DMK of changing colours according to the times, he added.

Asked about the reported meeting of opposition parties convened by Sonia Gandhi to discuss the post-poll scenario on counting day, Stalin said such meetings would “be useful only if held after results are known. So we are waiting."

While the exit polls of various media houses suggested the incumbent BJP-led NDA at Centre would retain power, most of them had said the DMK could net significant number of seats out of the 38 Parliamentary constituencies in Tamil Nadu.

Asked if TDP leader and Andhra Pradesh Chief Minister N Chandrababu Naidu was holding talks with him, Stalin said the two had been interacting for long.

State BJP president Tamilisai Soundararajan had recently claimed that M K Stalin was in talks with the saffron party, drawing a sharp rebuke from the DMK chief.