The owner of Fashionista, a fashion institute in South Delhi, was surprised to find that another institute, having a similar name and logo, was offering similar courses in Bardoli. 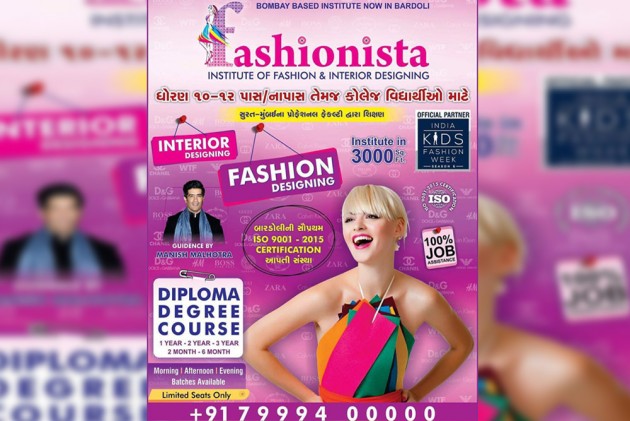 A fashion institute, based in Bardoli near Surat, allegedly stole the name of a reputed Delhi-based institute and appointed fashion designer Manish Malhotra as its brand ambassador. Malhotra, however, says that he has never collaborated with the institute for anything and will take legal action for misusing his name.

The owner of Fashionista, a fashion institute in South Delhi, was surprised to find that another institute, having a similar name and logo, was offering similar courses in Bardoli.

“My institute’s name and its logo are protected under trademark law. So first we contacted Registrar of Copyrights in Delhi to find out how similar name and logo was awarded to another institute in Bardoli,” Pawan Chaudhary, one of the co-directors of Fashionista, said.

He added, “We were surprised to find that the institute in Bardoli was registered itself as ‘Fashioninsta’, which makes a case of misbranding. ‘Fashionista’ and ‘Fashioninsta’ can mislead anyone.”

The institute also ran on its website a promotional video in which Malhotra has been shown saying something which is inaudible due to background music.

When Outlook contacted Malhotra, he said, “I am really shocked. I have come to know this from Outlook only. I will take a legal action against Bardoli Institute.” Malhotra also confirmed that he never shot any promotional video for the institute.

However, the director of the institute in Bardoli has apologised and called it a mistake. “It all happened inadvertently. I have tendered my apology to everyone. It was not intentional at all,” Manish Desai, Director of Bardoli Institute said.

Meanwhile, Chaudhary has got an FIR lodged against Desai for fraud and violation of trademark.

“I also filed a case in the Delhi High Court which asked Desai to stop offering the course in my Institute’s name but he continued to admit students. We filed a petition for the contempt of court too,” he said.

The Delhi High Court has sent the matter for mediation.