Here are the ten simple reasons as to why Sushant Singh Rajput's death case should be taken to a logical conclusion, regardless of which agency investigates the case. 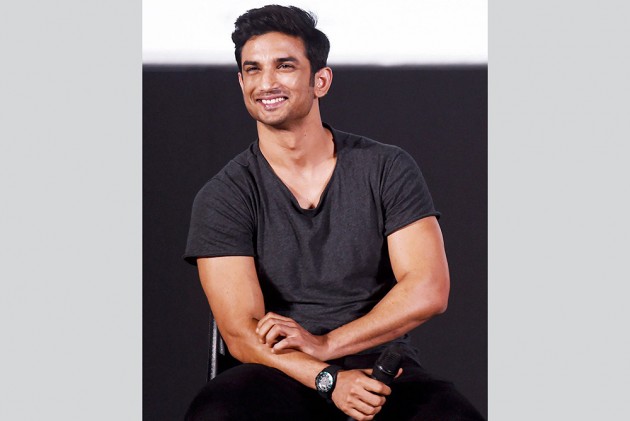 All eyes are now on the Supreme Court, which reserved its order in the Sushant Singh Rajput death case after a marathon hearing on Tuesday.

The 34-year-old actor was found dead at his Bandra house in Mumbai on June 14, which was prima facie found to be a case of suicide by the local police.

The case took a curious turn a few weeks later when Sushant’s father K.K. Singh filed a case in his hometown Patna against the actor’s girlfriend Rhea Chakraborty, charging her with abetment to suicide and embezzlement of his money.

Charges and countercharges have since been flying thick and fast from both sides in what has turned into the most high-profile case in the country in the recent times. Here are the ten simple reasons as to why this case should be taken to a logical conclusion, regardless of which agency investigates the case:

1. A fair and impartial probe will finally determine, once and for all, whether Sushant died by suicide, was driven to commit suicide under depression or murdered under a conspiracy? His father deserves to know about it and so do his legions of admirers, who have been running a campaign for justice for him across the world.

2. It will clear the air over the alleged complicity of Rhea and her family members in the case. Even before a proper trial has begun, she appears to have been pronounced guilty of wrongdoing in the ongoing media trial. She has been at the receiving end of endless vilification campaigns on social media as well. The guilty must be punished, no doubt, but not without an impartial and legal inquiry.

3. A lot of political motives are also being imputed in the case right from the word go. From the alleged involvement of high-profile politicians and Bollywood biggies in Mumbai to the upcoming Bihar elections, all kinds of conspiracy theories are floating around. The Shiv Sena has accused the BJP of trying to destabilise its government in Maharashtra. A thorough probe will prove whether these theories have any substance or are mere conjectures?

4. Some people, intentionally or unintentionally, are trying to create a divide between the states. Rhea is being branded as a Bengali woman who practised black magic to have complete control over a Bihari boy’s life, while Sushant’s family has been stereotyped, like any other Bihari family, as being ‘toxic’, which could not accept a big city girl as his girlfriend. The probe will put an end to such ‘toxicity’ being peddled in the public domain.

5. The probe will also bring out the truth whether the alleged suicide or murder of Sushant’s former manager Disha Salian is linked in any way to Sushant’s death. Sushant was found dead only six days after Disha’s demise. It will also unravel the truth about the alleged involvement of powerful people in this case.

6. It will also put an end to the endless rounds of mudslinging between the police and the politicians of two states. A Shiv Sena leader has alleged that Sushant was miffed with his father because of his second marriage while a Bihar BJP leader has called for a narco test of the Sena leaders for their involvement in the case.

7. It will also settle a big jurisdiction question of whether Bihar police were well within its statutory rights to lodge an FIR in the case and recommend the CBI probe when their Maharashtra counterparts had not lodged any FIR in the first place over the actor’s “unnatural death”.

8. It will also put Bollywood under scanner and answer the question if the alleged nepotism in the film industry had anything to do with Sushant’s death under alleged depression?

9. It will also make it clear whether Maharashtra police were doing the investigation in right earnest or were trying to scuttle the case under pressure since June 14, as alleged by Sushant’s family?

10. Finally, an honest probe should ensure justice to Sushant, his family and his admirers if there was a foul play indeed behind his death? And it will also give justice to Rhea Chakraborty, if she had no role to play whatsoever in the unfortunate incident.

Let the law take its course.