Sabarimala Temple Board Does A U-Turn, Says Will Respect SC Verdict On Entry Of Women

The apex court is hearing a batch of petitions seeking review of the verdict allowing the entry of women of all ages into the Sabarimala shrine. 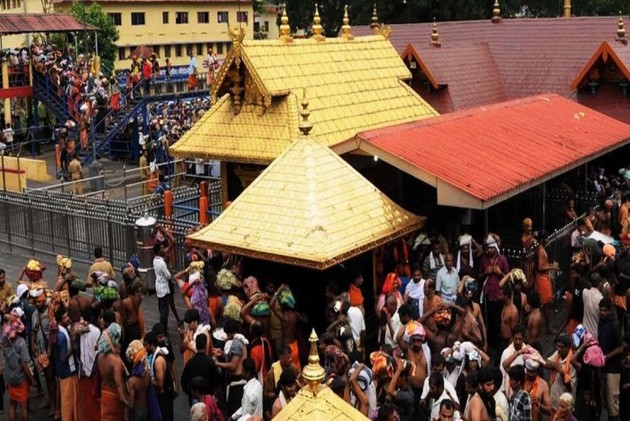 The Travancore Devaswom Board (TDB), which runs the historic Sabarimala temple in Kerala, on Wednesday said it supports the Supreme Court verdict allowing all women inside the shrine.

The Board, which also comprise the state government nominees, told a five-judge Constitution Bench headed by Chief Justice Ranjan Gogoi that it is high time that a particular class not be discriminated on the ground of "biological attributes".

In the forenoon, the Kerala government took the stand that it was in agreement with the September 28 last year verdict and had urged dismissal of petitions seeking review of the verdict.

Will Sabarimala Give BJP Key To Kerala?

The Board had earlier vehemently opposed the PIL by Indian Young Lawyers Association saying that the celibate character of Lord Aiyappa at Sabarimala temple was a unique religious feature which was protected under the constitution.

"Women cannot be excluded from any walk of life on biological attributes... equality is the dominant theme of the Constitution", said Dwivedi adding that people should gracefully accept the apex court verdict.

The apex court is hearing a batch of petitions seeking review of the verdict allowing the entry of women of all ages into the Sabarimala shrine.

On September 28, a five-judge Constitution Bench, headed by the then CJI Dipak Misra, in a 4:1 verdict had paved the way for the entry of women of all ages into the shrine, saying the ban amounted to gender discrimination.