Teacher Continues With Class As Student Dies Of Snakebite In Wayanad

TV channels aired visuals of the classroom with a hole beneath the desk where the child was seated. 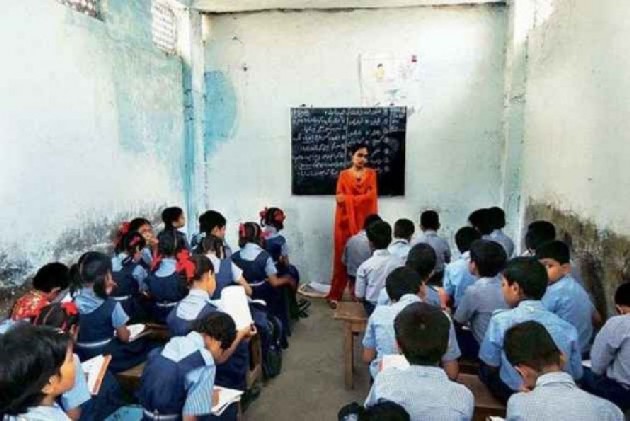 A 10-year-old girl died after being bitten by a snake inside her classroom at Sultan Bathery in Wayanad district, police said on Thursday.

The fifth standard student, Shehala, was taken to a hospital only an hour after the incident, students of the government vocational higher secondary school alleged.

A classmate alleged that the teacher continued with the class, saying the child's father will take her to hospital. By then the girl's leg had turned blue, she said.

The incident occurred on Wednesday.

Television channels aired visuals of the classroom with a hole beneath the desk where the child was seated.

A teacher has been suspended, pending inquiry, government sources said.

Shahnawaz, a relative of the child, alleged that there was a lapse on the part of the school and a hospital where she was first taken.

The child was later referred to the Kozhikode Medical College.

Wayanad district collector Adeela Abdulla termed the incident as "most unfortunate" and said action will be taken against those responsible.

An education department official has been asked to submit a report on the allegation of delayed medical assistance to the child.

The Additional district magistrate has been asked to visit the school, she said.

A deputy director, who came to the school, inspected the classroom Thursday morning.

Education minister C Raveendranath has sought a report on the matter.

Meanwhile, angry local people and relatives barged into the staff room and tried to attack the teachers present, but were dissuaded by police personnel who are maintaining tight vigil at the school.