Though the state police have arrested four persons of a rationalist group for posting the video and have taken down all the offensive videos posted on the Youtube channel, the symbolic protests against the denigration are continuing. 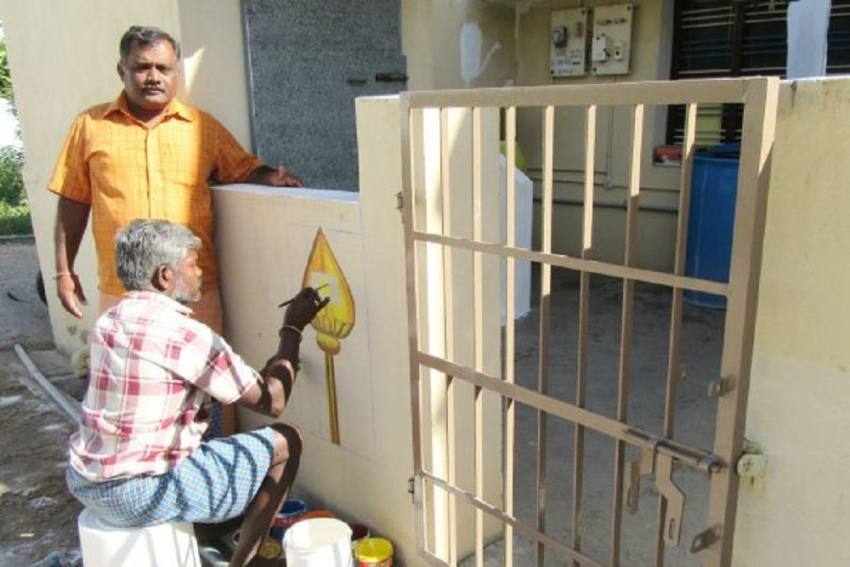 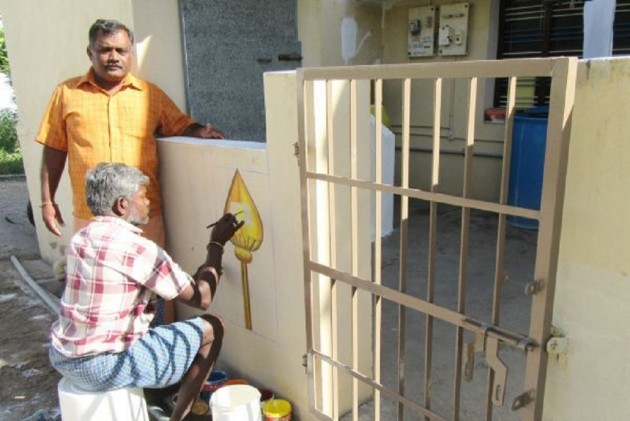 “Vel”, the spear and weapon of choice of Lord Murugan, is now being painted outside hundreds of homes across Tamil Nadu as a sign of protest against the offensive video on “Kanda Sashti Kavasam.” In the Tamil religious song, devotees pray to the Vel to protect various body parts against diseases and injuries.

Though the state police have arrested four persons of a rationalist group for posting the video and have taken down all the offensive videos posted on the Youtube channel, the symbolic protests against the denigration are continuing. The state BJP and other Hindu outfits had given a call to the Hindus to paint the “Vel” outside their homes and recite the ‘Kanda Sashti Kavasam” at least once a week.

This call received an enthusiastic response, especially in Palani and other pilgrim towns with temples for Murugan. In many towns, the devotees were also found shouting “Kandhanakuu Arogara”(Hail Lord Murugan) and “Vel, Vel, Vettri Vel” in front of the painting. “I have painted more than a hundred ‘Vel’ in the last two weeks. This controversy has given roadside painters a new livelihood,” quipped Muthu, a painter in Madurai.

Perumal, a grocer in Anna Nagar, Madurai said that the paintings merely illustrated the hurt caused to the feelings of devotees of Lord Murugan. “Many of my relatives, who live in the Southern districts, have also painted this outside their homes. Now anyone will think twice before denigrating our god or his hymn,” he said.

According to Saravanan, the convenor of “Ilayabharatham” (Young Bharath), people readily agreed to stickers of “Vel” and images of Lord Murugan to be pasted on their homes and shops in Ooty when volunteers of his organisation approached them. “We had to order more as we ran out of stickers as many people asked us to paste them on their vehicles. I have never witnessed such a positive response among the devotees, even at the height of the Ram Janmabhoomi movement,” he said.

BJP state president, L. Murugan, welcoming the response, said that the Vel should not just be a symbol of protest but also one of pride.