Condemnation for the video poured in from celebrities including film stars, politicians and writers, and even the Tamil news channels were compelled to devote precious telecast time on the controversy. 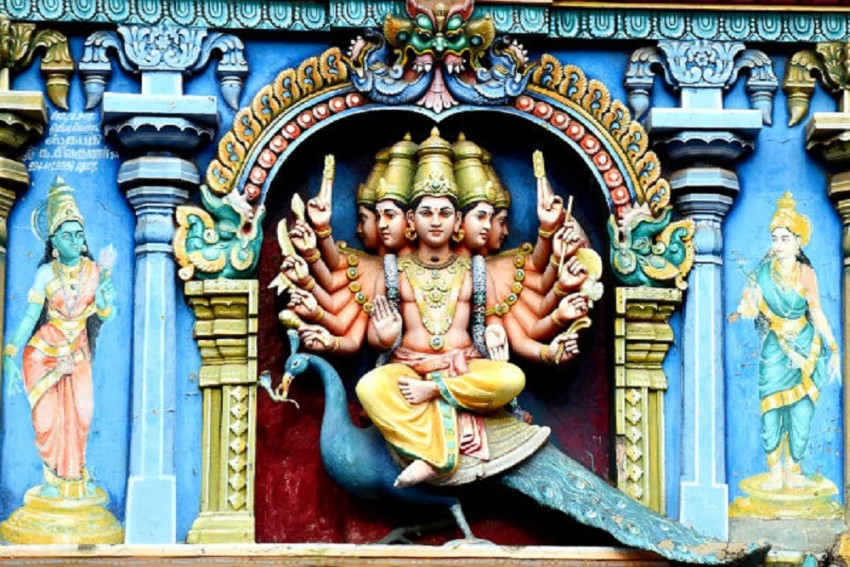 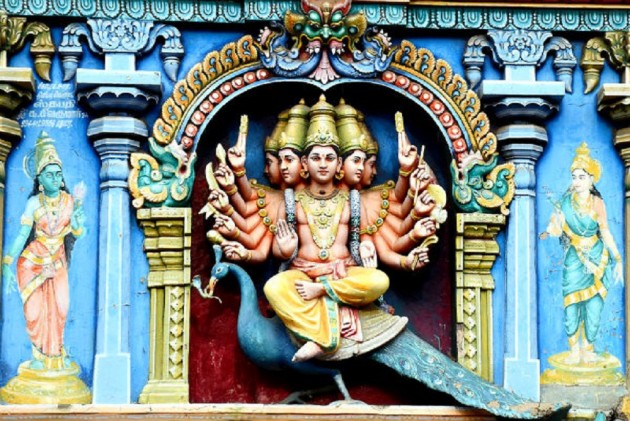 Tamil Nadu’s rationalists, who till now had gotten away after attacking Hindu deities like Ram and Shiva and various other Hindu religious practices, are now suddenly facing the heat after one of their ilk trained his gun on Lord Muruga – worshipped as a Tamil God.

After one of the rationalist groups called “Karuppar Kootam” (The Black Crowd) uploaded a video on their Youtube channel that denigrated ‘Kandha Sashti Kavasam’, - a Hindu devotional song composed in praise of Lord Muruga in 1820 - there was all round condemnation from across the social spectrum.

The hugely popular song in Tamil is chanted to a rhythmic meter and seeks the blessings of the god and invokes his golden spear to give a protective shield to all parts of the human body. In the video, the channel’s anchor, Surendran, made fun of those lines in the song which sought the protection of one’s private parts.

The Tamils consider Lord Muruga, the younger son of Shiva and Parvathi, as “Tamil Kadavul” (Tamil God) who once ruled the Southern tip of the Indian peninsula. A pilgrimage to his six abodes, called Arupadaiveedu, across Tamil Nadu is considered a must in the religious calendar of every Tamil Hindu. The Palani Murugan Temple receives the highest number of footfalls amongst all temples in the state. No wonder a direct attack on their favourite god and the most popular hymn composed in his honour provoked the collective ire of the community.

Condemnation poured in from celebrities including film stars, politicians and writers and even the Tamil news channels – which usually play second fiddle to the rationalists and fringe Tamil groups – were compelled to devote precious telecast time on the controversy. “We received numerous phone calls and messages when we sought to underplay the controversy. People were really angry at the insult and asked us how a Tamil channel can remain silent when a Tamil God has been offended. This time the rationalists might have transgressed the line of tolerance by targeting Lord Muruga,” admitted a senior news head of a Tamil channel.

“What they did not anticipate was the outrage and united response from Hindus. They touched a raw nerve by targeting Murugan. After this, the rationalists of the state will not have an easy run,” catuioned Arjun Sampath of the Hindu Makkal Katchi. The Tamil Nadu BJP filed a formal police complaint with the Chennai police accusing the Periyarist group of deliberately hurting religious sentiments and promoting enmity between different groups.

The Crime Branch registered a complaint and arrested the anchor Surendran and another member, Senthilvasan, for uploading the video under Sections 153 (wantonly giving provocation with intent to cause riot), 153 A (1)(a) (promoting enmity between different groups), 295(A) (deliberate and malicious acts, intended to outrage religious feelings), 505(1)(b) (whoever makes, publishes or circulates any statement with intent to cause, or which is likely to cause, fear or alarm to the public) and other provisions of the Indian Penal Code. The video was quickly taken down.

The DMK, which usually rushes to the support of the rationalists, sought to play it safe as its Organisational Secretary, R.S. Bharathi, declared that the DMK had no links with Karuppar Kootam and criticised some Youtube channels of attempting to link the two organisations. At the same time, the party also chose not to condemn the slanderous video. But it was quick to condemn the reprisal attack on Periyar statues in the state after a few of them were doused with orange paint in retaliation by some Hindu activists.

But the most popular and effective riposte came from across the Palk Strait when a Sri Lankan Tamil Umakaran Rasaiah uploaded an outright condemnation of the Karuppar Kootam, which soon became viral amongst Tamils across the world. Umakaran’s ten minute video in flowing Sri Lankan Tamil described the insult to Murugan and his golden spear as an insult to Tamils across the world. “These people who claim to be champions of the Tamil cause did not bat an eye while humiliating the Tamils’ religious identity, which is represented by Lord Murugan, his Vel and Kandha Sashti Kavasam,” he said. The law student then went on to lambast the DK and DMK for having devalued the rich Tamil culture and its religious symbols under the guise of upholding rationalism.

The Karuppar Koottam’s diatribe will come in handy for the opponents of the DMK, which is sought to be painted as an anti-Hindu outfit due to its close association with rationalist leader Periyar and the Dravidar Kazhagam he founded. The DMK has in the past and even recently asserted that the party is not against Hinduism and pointed out that more than one crore of its members were practising Hindus. “In the last decade, the DMK’s anti-Hindusim was a response to BJP’s Hindutva. But since the present attack is on a Tamil God and a Tamil hymn, the DMK fears that the damage could be greater unless it stays away from such rationalist propaganda,” said political analyst Raveenthran Thuraisamy.