‘Talking Is Better Than Not Talking:’ Gupkar Spokesperson Tarigami

While the Centre has not given any timeframe for restoring J&K’s statehood, the beginning of dialogue between the government and J&K political leaders is a development in itself, says Mohammad Yousuf Tarigami 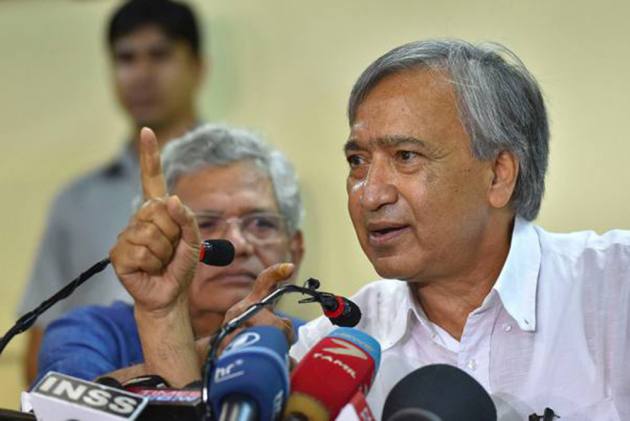 CMP(M) leader and People’s Alliance for Gupkar Declaration (PAGD) spokesman Mohammad Yousuf Tarigami has said that PAGD leaders talked more about abrogation of Article 370 before the Prime Minister than the restoration of the statehood.

“Both Dr Farooq Abdullah and Mehbooba Mufti talked about Article 370 and other issues, and they talked with responsibility and a sense of duty towards the people of Jammu and Kashmir,” Tarigami told Outlook in an interview.

He said there was no contradiction in the speeches of the PAGD leaders made before the Prime Minister during the meeting and then before the press after the meeting. “Yes, there might have been a difference in the tone, but the content was almost the same,” he added.

He said even though the central government has not given any timeframe for restoration of the statehood, the beginning of the dialogue between the government and J&K political leaders is a development in itself.

Tarigami said he was not sure whether the statehood would be restored before the elections in Jammu and Kashmir. “But anything can happen, and nothing can also happen,” he added.

“On August 4, 2019, all of us assembled at Farooq Sahab’s residence and we appealed to the Prime Minister that there are rumours about the abrogation of Article 370, and we should be heard first before any such step is taken. We were not given any chance. The very next day Article 370 was abrogated, and we were put under preventive custody. We were described as a gang and a lot of other things were said about us. And now we were called for a meeting, and we sat together. This change has taken place. And I think it is a huge change,” said Tarigami.

He added that mainstream leaders are all for engagement and they couldn’t have turned down the invitation from the Prime Minister. “For the past one year, the mainstream leaders have been urging the Centre to hold talks. We had been criticising the Centre for not allowing any debate. And now when they said, come let us talk, how could we have said no to the talks offer? Talking is better than not talking.”