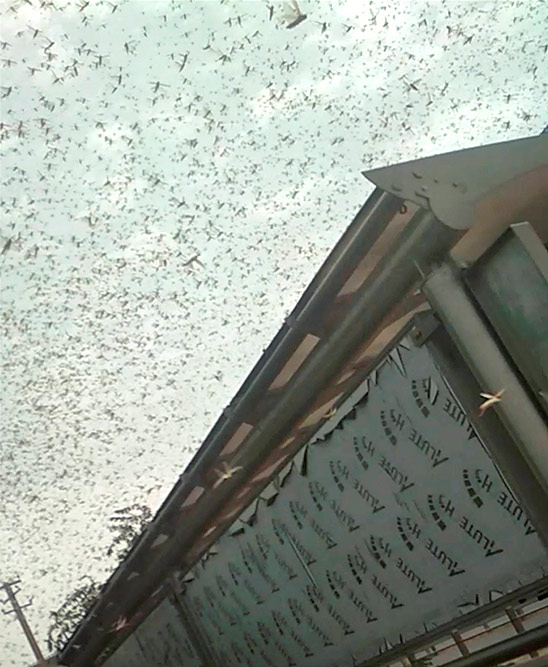 A swarm of locusts fly past a DLF building, in Gurugram.
PTI Photo 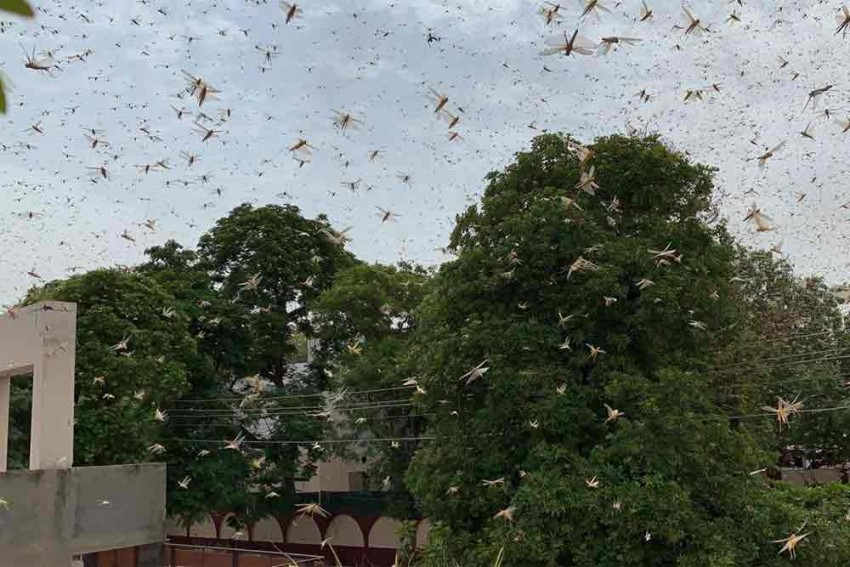 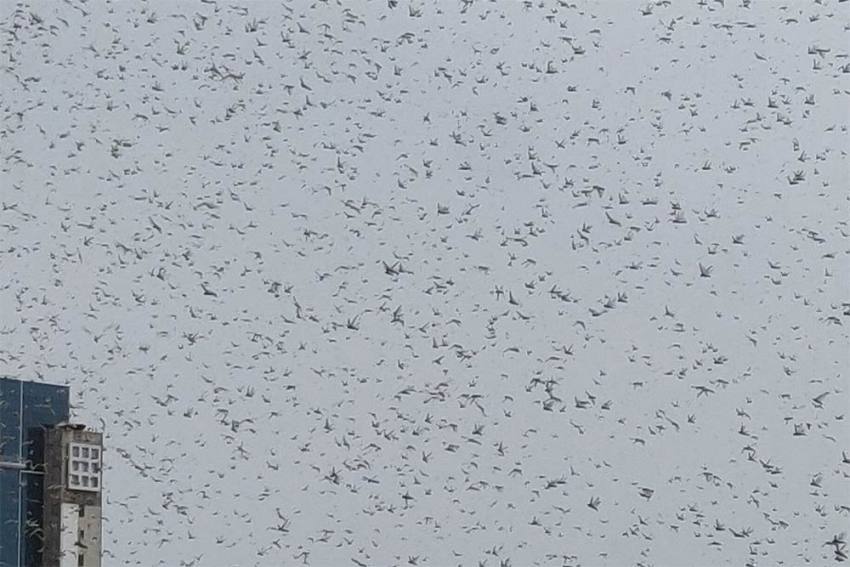 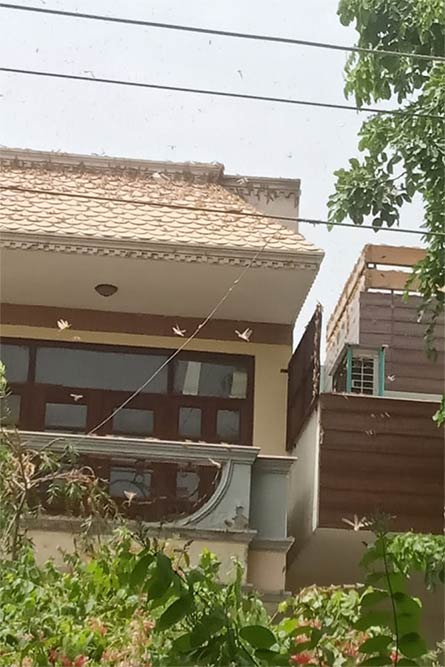 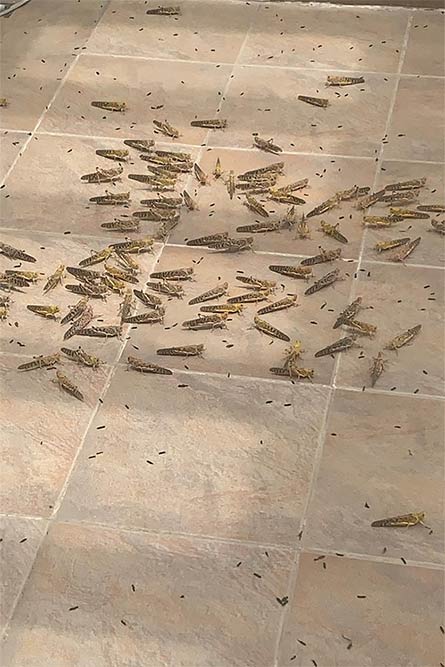 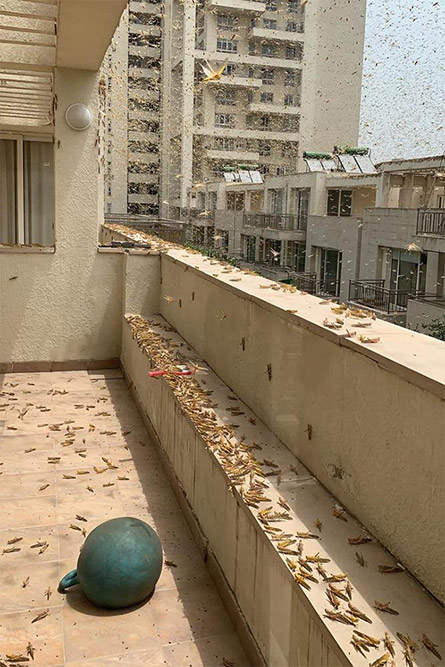 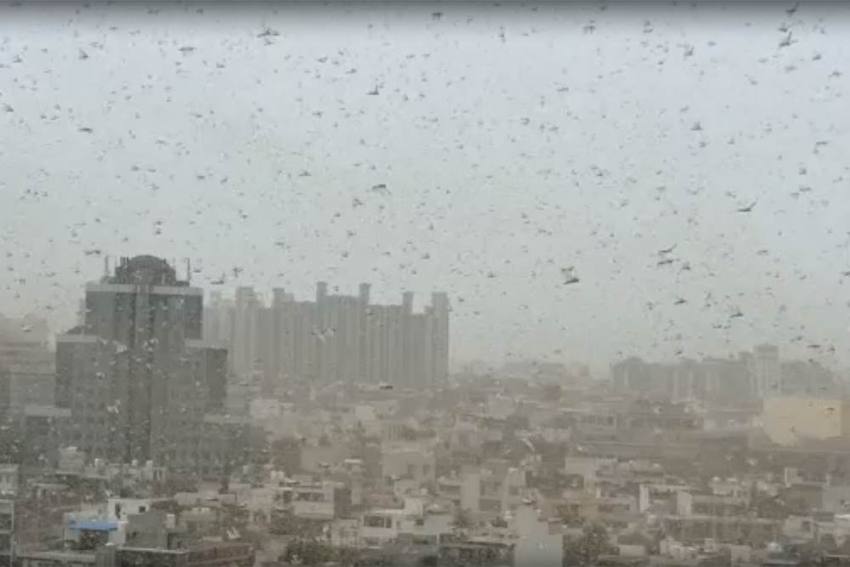 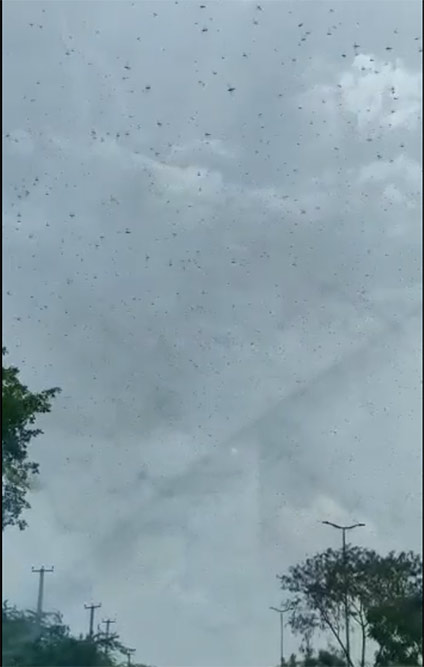 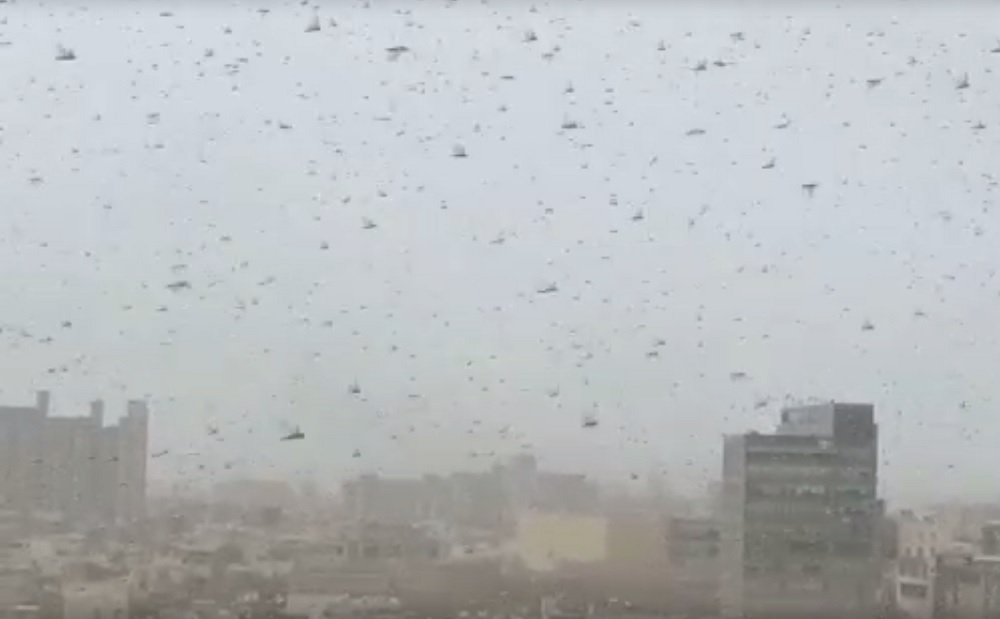 A locust swarm of three-kilometre length reached Gurugram and flew across the city in the NCR region on Saturday morning, according to officials.

The Gurugram administration resorted to using sirens and horns to make loud noises in order to prevent the locusts from settling on green vegetation and destroying them.

“Besides, we have been spraying chemicals through vehicle-mounted pump sets in rural areas,” said Amit Khatri, Gurugram Deputy Commissioner (DC).

"After the emergency meeting, an advisory will be issued on steps to be taken to deal with the situation," Rai told PTI.

He also asked the officials of the Agriculture department to make field visits to areas close to Gurugram.

Delhi Air Traffic Control (ATC) on Saturday directed pilots of all airlines to take necessary precautions during landing and take-off of aircraft in view of locust swarms seen near the airport in areas along Gurugram-Dwarka Expressway, news agency ANI reported. A team has been set up to monitor the situation.

There is disagreement among different administrations over whether the swarm would enter Delhi.

“They are flying across the city [Gurugram] West to East due to the steady wind. They will most likely enter Delhi," said Khatri.

However, KL Gujjar, deputy director, Plant Protection, Quarantine and Storage (PPQS), Faridabad, said that it was unlikely that they would reach Delhi because they were moving towards East direction. PPQS comes under the Ministry of Agriculture and Farmers Welfare and it is a nodal body to take measures on locust control through its various sub-offices across the country.

"They have entered India from Pakistan through Jaisalmer and Barmer border area and reached Jhujhuna. From there, they travelled to Rewari. From Rewari, they came to Jhjhar and from there they have reached Gurugram. Now from here, they will fly to Faridabad and then considering the current wind direction they will move towards Palwal side. I don’t see that they will enter Delhi," Gujjar said.

The locust attack has ravaged parts of Uttar Pradesh, Rajasthan, Punjab and few other states for over a month.

Experts say that the present locust crisis that many Indian states are faced with is intense due to the younger population of the insect, swarms of which have entered the country from the north-west areas bordering Pakistan.

A young locust is far more dangerous for crops than a mature and older one. While the mature locusts cover shorter distances and focus more on breeding, the younger ones can fly 150 km in a day and devour more green vegetation.

Experts believe that the current locust invasion was part of the residue population that survived after February 17, 2020, in the deserts of Pakistan and Iran. After 1993, for the first time on May 22, 2019, large swarms of locusts invaded areas bordering Pakistan. Locust controlling units thought that they could finish them by the end of October 2019 but the invasion continued till early February 2020.

When The Law Is Equal, How Do Cops Often Get Away With Their Crimes?