The BJP on Monday approached the Supreme Court seeking a floor test in the Madhya Pradesh assembly amid the ongoing political crisis in the state. 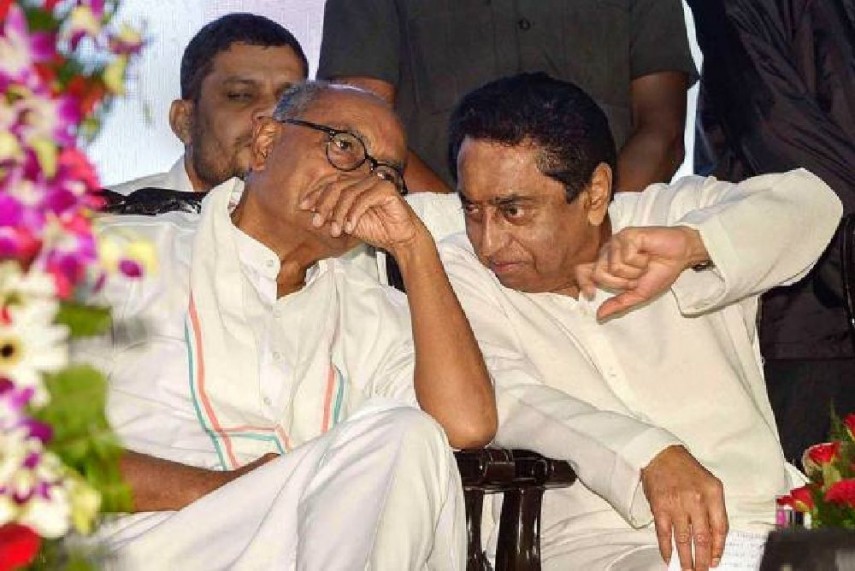 The Supreme Court on Tuesday adjourned the hearing till Wednesday on BJP's plea for an immediate floor test in Madhya Pradesh Assembly.

The court sought a response from the Kamal Nath government by Wednesday on plea of former chief minister Shivraj Singh Chouhan seeking a direction to conduct an immediate floor test on the floor of the assembly.

A two-judge bench, headed by Justice Dr. DY Chandrachud and Justice Hemant Gupta, will hear the plea filed by Chouhan, who sought urgent direction from the apex court to the Speaker to conduct a floor test as the latter had postponed it to March 26.

The BJP on Monday approached the Supreme Court seeking a floor test in the Madhya Pradesh assembly amid the ongoing political crisis in the state, which was sparked off by the exit of Congress leader Jyotiraditya Scindia.

Also Read: Scindia's Exit Embarrasses Congress, But Will He Also Muddy The Waters For BJP In MP?

The petitioners said that they are approaching the apex court as the respondents, Speaker and Madhya Pradesh Chief Minister, have violated the constitutional principles and have deliberately and willfully defied the directions issued by the Governor on March 14, requiring the Chief Minister to prove his majority on the floor of Madhya Pradesh legislative assembly.

"It is submitted by the petitioners that the leaders of the main opposition party namely the BJP also on March 14 had addressed a letter to the Madhya Pradesh Governor that the government was reduced into minority and attempts of horse-trading were being made," the petition said.

The petition said that in such a situation, the Governor should exercise his constitutional powers and direct the Chief Minister to prove his majority on the floor of the house.

"Since the government appears to have lost the majority in the House and the Chief Minister had himself expressed willingness to conduct the floor test, the Governor, in the exercise of his constitutional powers directed the Chief Minister to conduct a floor test in the house and prove his majority on March 16, 2020, when the budget session of the assembly begins," the petition said.

However, despite the clear directions issued by the Governor, the item for seeking the confidence vote has not been included in the business to be transacted on the floor of the House on Monday.

The direction of the Governor is, thus, intentionally and wilfully been defied, the petition stated.

The development comes as the Madhya Pradesh Assembly, which met on Monday morning for the Budget session was adjourned immediately after the Governor's address till March 26, in view of the Coronavirus outbreak.

Madhya Pradesh Governor Lalji Tandon has written a letter to Chief Minister Kamal Nath directing him to conduct the floor test on March 17.