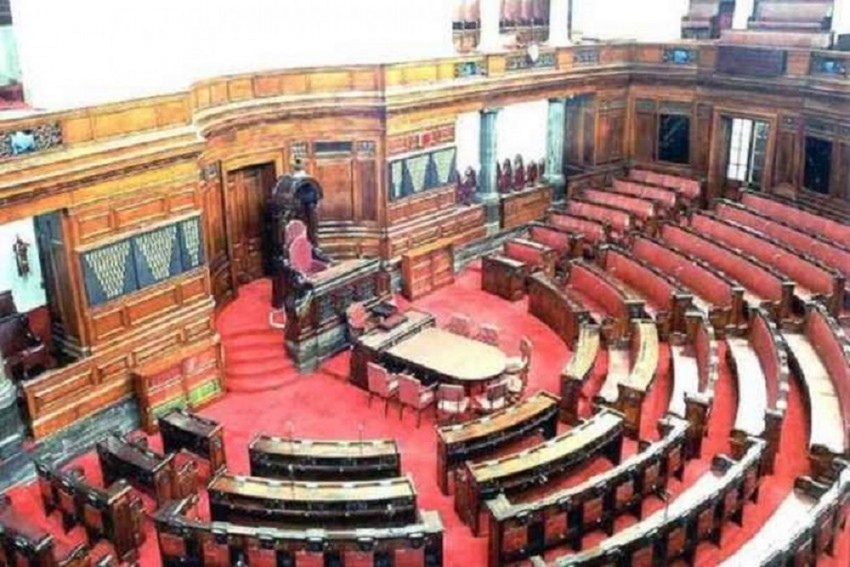 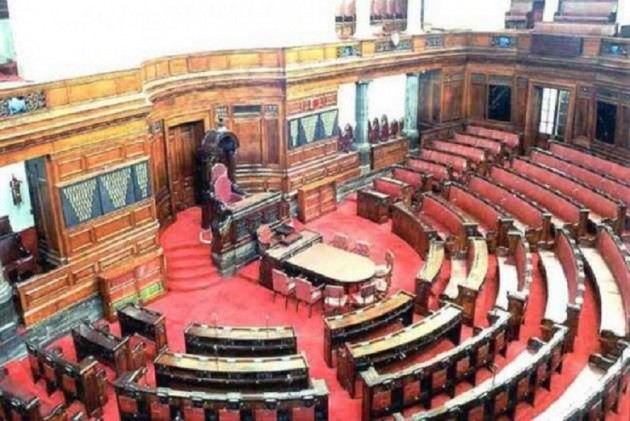 The stage is set in Rajasthan for Rajya Sabha elections on three seats on Friday, with the Congress and opposition BJP keeping their legislators in different hotels after accusing each other of poaching MLAs.

Apart from routine preparations, authorities have made special arrangements for sanitisation, social distancing etc. in view of coronavirus pandemic.

"All the preparations for the Rajya Sabha elections have already been completed. The process will begin at 9 am tomorrow. Special arrangements for ensuring social distancing, santisation have also been made. All the protocols for this purpose will be followed,” Returning Officer Pramil Kumar Mathur said on Thursday.

He said that entry and exit of the MLAs will be from separate gates. Entry will be allowed after thermal screening and a kit containing masks, sanitizer and other necessary items will be available for the members.

Mathur said that social distancing will be followed in seating arrangements also.

For three seats in the House, four candidates (two from Congress and as many from BJP) have filed nomination papers.

The Congress has nominated K C Venugopal and Neeraj Dangi for the polls, while the BJP has fielded Rajendra Gehlot and Onkar Singh Lakhawat.

The BJP had initially nominated Rajendra Gehlot but it later sprang a surprise by fielding Lakhawat on the last day of the nomination.

The seats were held by Ram Narain Dudi, Vijay Goel and Narayan Lal Panchariya, all from the BJP, who have completed their term.

In the house of 200, the Congress has 107 MLAs and has the support of independent MLAs and legislators of other parties like Rashtriya Lok Dal, CPI (M) and Bhartiya Tribal Party (BTP).

The ruling party has more than enough majority to win two seats and the opposition BJP, which has 72 MLAs and support of three Rashtriya Loktantrik Party MLAs, has the numbers to comfortably win one seat.

Fifty-one votes are needed for one candidate to win and the Congress is in a comfortable position to ensure the victory of both of its candidates, while BJP's only one candidate can win as per the numbers.

Ahead of the elections, both the Congress and the BJP had shifted their MLAs as well as those in support to different hotels. The Congress alleged that the BJP made attempts to poach its MLAs for the Rajya Sabha elections and for destablising the state government, a charge denied by the opposition party.

Congress MLAs, independents and the legislators of other parties in support of the government are staying in a hotel on Delhi highway since last week, while the BJP shifted its MLAs to a hotel on Tonk road here on Tuesday.

The Congress has cited alleged poaching attempts as the reason behind holding up the MLAs and the BJP has claimed that it will be holding training sessions for the MLAs for the Rajya Sabha elections.

Rajasthan has a total of 10 Rajya Sabha seats and six of them are currently held by the BJP, one by the Congress and three seats are going to polls.

Congress's only Rajya Sabha MP from Rajasthan is former prime minister Manmohan Singh, who was elected unopposed in RS bypolls held last year when the seat fell vacant after the demise of BJP's MP Madan Lal Saini who was also the party's state president.