Singh's comments were seen as a first official confirmation of the presence of a significant number of Chinese troops in the disputed areas which India maintains are on its side of the Line of Actual Control (LAC). 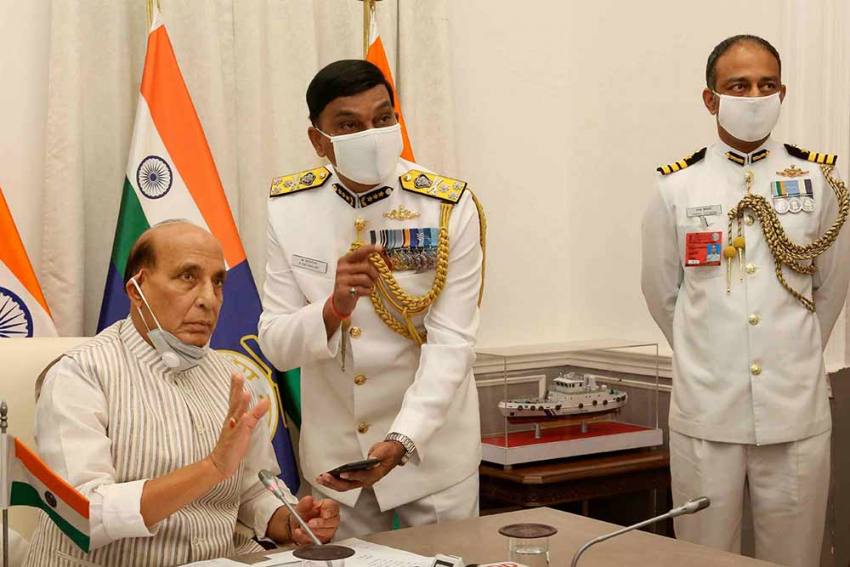 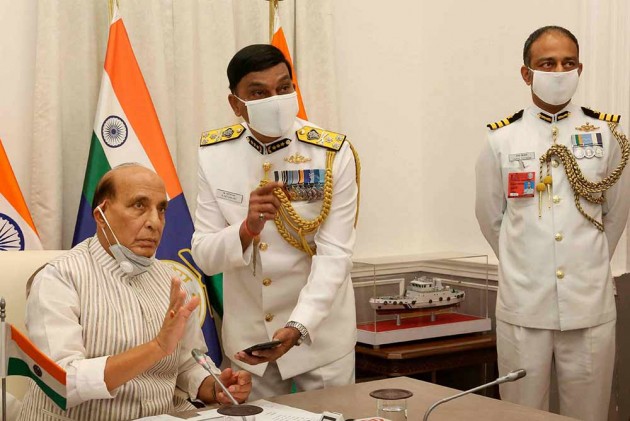 A "sizeable number" of Chinese troops have moved into eastern Ladakh and India too has taken all necessary steps to deal with the situation, Defence Minister Rajnath Singh said on Tuesday, referring to the nearly month-long high-altitude standoff between the two armies.

Singh said a meeting between senior Indian and Chinese military leaders has been scheduled for June 6 even as he asserted that India is not going to back off from its position.

Asked about the current situation in sensitive areas in eastern Ladakh, he said Chinese have come up to what they claim is their territory while Indians believed it is theirs.

Singh's comments were seen as a first official confirmation of the presence of a significant number of Chinese troops in the disputed areas which India maintains are on its side of the Line of Actual Control (LAC), the de-facto border between the two countries.

According to reports, significant numbers of Chinese troops have been camping in the Indian side of the LAC in Galwan Valley and Pangong Tso.

The defence minister said China should think about the issue seriously so that it can be resolved soon.

Indian and Chinese troops were engaged in a bitter standoff in several areas along the Line of Actual Control in mountainous eastern Ladakh for close to a month. Both the countries are holding talks at military and diplomatic levels to resolve the dispute.

"The Doklam dispute was resolved through diplomatic and military talks. We have found solutions to similar situations in the past as well. Talks at the military and diplomatic levels were on to resolve the current issue," Singh said.

"India does not hurt pride of any country and at the same time, it does not tolerate any attempt to hurt its own pride," he said, taking about India's long-held policy.

China was also laying a road in the Finger area which is not acceptable to India.

Government sources said military reinforcements including troops, vehicles and artillery guns were sent to eastern Ladakh by the Indian Army to shore up its presence in the areas where Chinese soldiers were resorting to aggressive posturing.

The situation in eastern Ladakh deteriorated after around 250 Chinese and Indian soldiers were engaged in a violent face-off on the evening of May 5 which spilled over to the next day before the two sides agreed to "disengage".

However, the standoff continued.