Dinesh Trivedi, a former railway minister, has been with the TMC since the birth of the party in 1998. 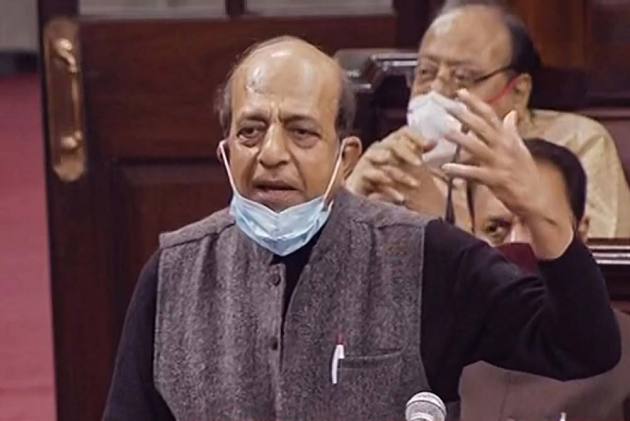 In a dramatic turn of events ahead of the coming Bengal assembly elections, veteran Trinamool Congress (TMC) leader Dinesh Trivedi on Friday said in Rajya Sabha that he wants to resign from the Upper House of the Parliament, as he was ‘feeling suffocated’ in his present position.

The former railway minister has been with the TMC since the birth of the party in 1998.

Trivedi on Friday surprised many when he sought time to speak for a few minutes. Rajya Sabha deputy chairman Harivansh Narayan Singh was on the chair of the Speaker at that time.

Overdose Of Vitamin-D (For Defect)

Trivedi then praised Prime Minister Narendra Modi for India's Covid-19 vaccination programme and expressed his frustration about the state of affairs in West Bengal.

There comes times in everyone's life when the person needs to listen to the inner voice. Such a moment has come to my life now. Sitting here, I was thinking why we join politics. We do it for the country... the way violence is taking place in my state has left me wondering what can I do. I can't take this anymore," he said.

"If I am in a party, I have to maintain discipline. I am grateful to my party that they sent me here. But now I am feeling suffocated... I am not being able to do anything while atrocities are being unleashed there. Today, my conscience tells me that if I can't do anything, then I better resign and go back to the people of the state to work for them," Trivedi added.

The deputy chairman said there was a due procedure for resignation that he needs to follow.

Once he formally tenders his resignation from the Rajya Sabha, he is also likely to resign from the membership of the TMC. Trivedi joining the BJP seems to be only a matter of time.

Trivedi had served as the railway minister after Mamata Banerjee resigned from the Union cabinet in 2011 to take charge as the Bengal chief minister. However, he fell out with the party chief after his first railway budget proposed a hike in passenger fare, a move that the TMC strongly objected to. He had to resign from the cabinet and was replaced by Mukul Roy, who was then Banerjee's right-hand man.

However, Trivedi soon patched up with the party chief and was re-nominated from Barrackpore Lok Sabha in 2014. He won the elections.

He was sent to Rajya Sabha in March 2020 after he lost the 2019 Lok Sabha elections from Barrackpore to TMC MLA turned BJP contestant Arjun Singh.

Once he formally switches camp, he will join a long list of TMC leaders who have joined the saffron party in recent months.

Trivedi has, for years, been a pointsman for the party in New Delhi. He was reportedly unhappy with the importance and scope of work he was getting in the party as of late.

The TMC was depending on him to a certain extent in winning over the votes of the Hindi-speaking people.

He has also been a spokesperson for the party, though he rarely addressed press conferences recently.