The dream that the Shiv Sena will drag itself behind the BJP is busted (after assembly poll results): Shive Sena's Sanjay Raut 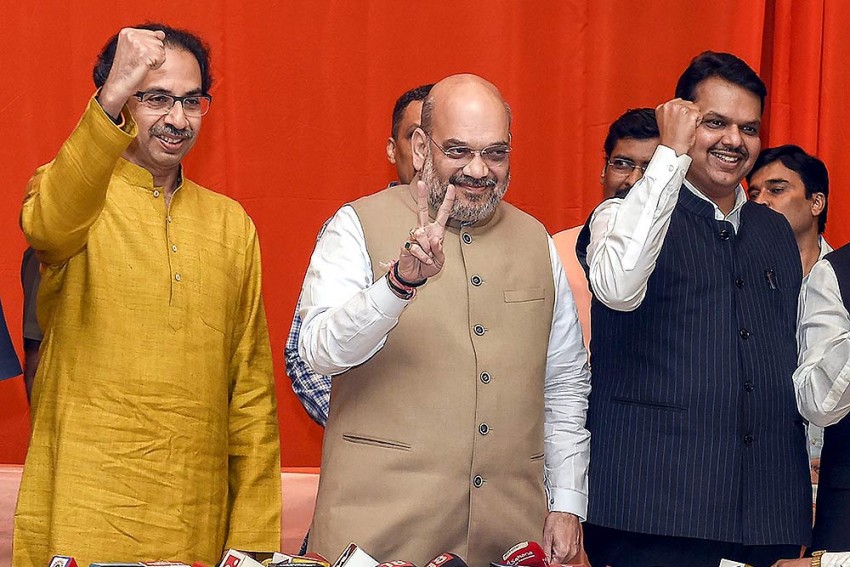 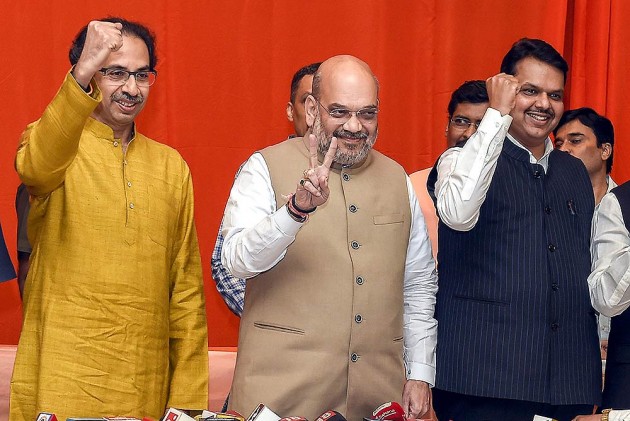 The Shiv Sena on Sunday said it now had the "remote control of power" in Maharashtra despite getting fewer seats in the 2019 assembly polls when compared to 2014.

During the first Sena-BJP government in the state, between 1995 to 1999, the term remote control was regularly used for and by the late party patriarch Bal Thackeray to explain the chain of command in the dispensation.

The two allies are in the midst of tough negotiations after the BJP returned a less-than-impressive performance in the assembly polls, results of which were declared on October 24, with 105 seats against 122 in 2014.

Among Sena's demands is a written assurance from the BJP on "equal sharing of power", which could possibly include equal division of the chief ministerial tenure.

In his column 'Rokhthok' in Sena mouthpiece 'Saamana', Sanjay Raut said, "The Sena won less seats this time, 56 compared to 63 in 2014, but it has the remote control of power".

"The dream that the Shiv Sena will drag itself behind the BJP is busted (after poll results). A cartoon showing a tiger (Sena's identity) holding a lotus (BJP's symbol) in its hand tells a lot about the current scenario. Not taking anyone for granted is the message," he said in his column.

Raut is the executive editor of Saamana and also the chief whip of the party in Parliament.

The column hinted that the Sena would stay firm on its demands before government formation with the BJP.

Hitting out at its ally further, he wrote, "The BJP's strategy of contesting 164 seats and winning 144 of them was rejected by voters. The election result is the defeat of unethical thoughts of increasing the tally by getting key Congress-NCP leaders to join the BJP, by luring them or threatening them."

He said the defeat of NCP-turned-BJP leader Udayanraje Bhosale in the Satara bypoll was a message to those who were assuming they could "do whatever they wanted" to win polls.

Bhosale had won the 2019 Lok Sabha polls from Satara on an NCP ticket before quitting and joining the BJP, necessitating a bypoll in which he was trounced by NCP's Srinivas Patil.

Those whose heads are in the clouds will end up like Udayanraje was the message of the 2019 assembly polls, he said in the column.

Raut also claimed that people did not like comments like "ending the Pawar pattern", and the dislike was expressed through the ballot, especially in rural areas where the opposition did well.

"The Shiv Sena stopped the BJP's plans of forming a government on its own in the state in 2014. In 2019, it was Sharad Pawar who did the same," Raut said.