Srinagar constituency is spread over 15 Assembly segments having 1,295,304 registered voters. The authorities had set up 1,716 polling stations across the Parliamentary constituency to facilitate the polling. 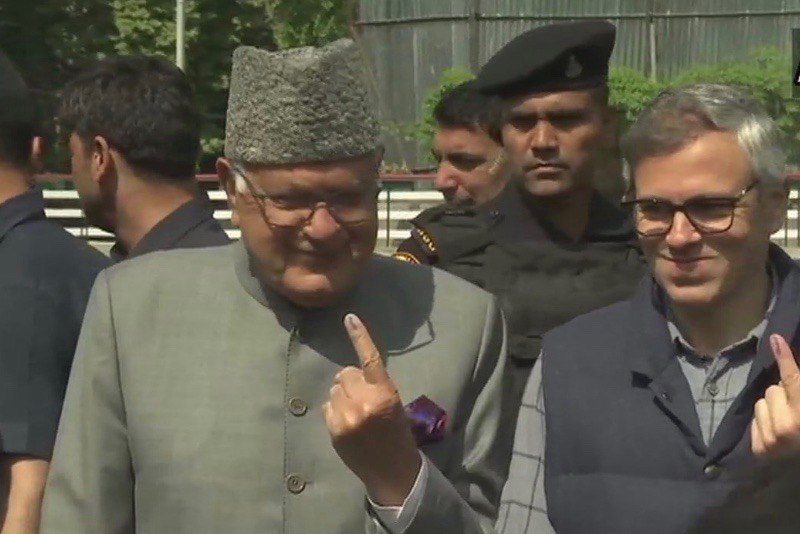 In Nawakadal locality of old city Srinagar, a narrow lane leading towards a polling booth was empty. Residents of the area didn’t even know the address of the polling booth. “The polling booth might be in a school,” a middle-aged man said. “We don’t vote here and that is why no one is bothered about location of the polling booth,” he said nonchalantly, taking pride in boycotting the polls.

The CRPF personnel guarding the booth said they have been deployed in the school since Wednesday evening. “We are surprised why no one comes to vote here. But it is peaceful here,” a CRPF jawan said.

At the Nawakadal chowk around a dozen people were sitting at the shopfront. The youth among them refused to talk to media while the elders said they have no reason to vote. An elderly person who identified himself as Ghulam Nabi Mattu said in these years’ large-scale killings have taken place. “Why should we vote after so much of bloodshed,” he told Outlook. After a pause he gave another reason for not voting. He said politicians have amassed huge property for themselves. “Our vote will not change our destiny but it helps politicians to have a great life. That is why we don’t vote,” he said.

In contrast to the festive mood in north Kashmir during the first phase of the polls, in three districts of Srinagar constituency in the second phase today, Budgam recorded 21 percent voting, Ganderbal 16.8 percent while Srinagar 7 percent till 5 p.m. Prominent candidate from the constituency is National Conference president Dr. Farooq Abdullah.

In Srinagar constituency the voter turnout during the by-elections in April 2107 recorded 7 percent. The day was marred by violence which witnessed the killing of eight civilians in central Kashmir’s Budgam district. The first phase of the polls in northern Kashmir’s Baramulla constituency on April 11 recorded 35 percent polling.

Farooq Abdullah & Omar Abdullah cast their votes at a polling station in Munshi Bagh Area in Srinagar LS constituency. O Abdullah says, "Now that LS polls are due to conclude, we can only hope that Centre together with EC gives people of J&K an elected govt which is their right." pic.twitter.com/BkoMsBe9JE

In Budgam and Ganderbal districts of the constituency, people in some areas came out to vote today. Most of them were saying they are participating in the voting for safeguarding of the Article 370 and Article 35A.

“I study in Noida University. I have come here only for the purpose of voting. My vote is for that party that will safeguard the Article 370 and Article 35A,” said Feroz Ahmad Bhat. Bhat had cast his vote at a polling station located in the office of the Block Development Officer Budgam.

In the three polling stations located in the office, 471 votes had been cast out of 1,919 electorate at 4:30 p.m. It was one of the polling stations were poll-related scuffle had broken between supporters of National Conference and the PDP. “It was a minor scuffle and it has nothing to do with the boycott,” said an official.

Srinagar constituency is spread over 15 Assembly segments having 1,295,304 registered voters. The authorities had set up 1,716 polling stations across the Parliamentary constituency to facilitate the polling.

In 2017 by-elections, 7 percent voting was recorded in the whole constituency as Dr. Abdullah had defeated his close rival Nazir Khan of People’s Democratic Party (PDP) candidate by 10,766 votes. The seat was left vacant after Tariq Hamid Karra’s resignation in 2016 over the killings of civilians in the Valley.