SC Asks Centre To Ensure There's No Smog In Delhi 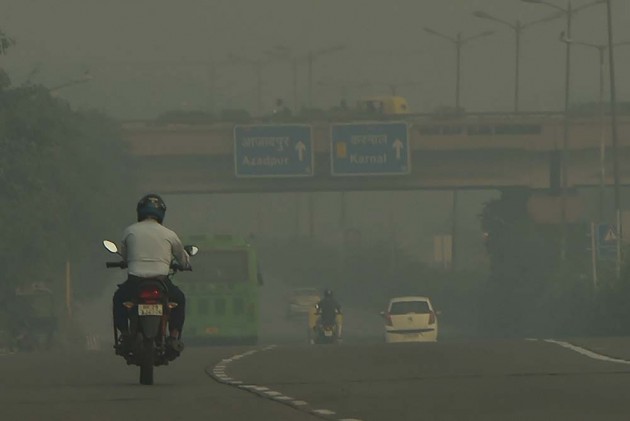 The Supreme Court on Friday asked the Centre to ensure there is no smog in Delhi as it was informed that the commission on air quality management has started functioning from today.

The pollution problem has to be dealt with by the executive as it has the power, money and resources for this, a bench headed by Chief Justice S.A. Bobde observed and posted the pleas related to air pollution in the Delhi-national capital region (NCR) for hearing on December 8.

The Centre on Thursday appointed former Delhi chief secretary of Delhi M.M. Kutty as the chairperson of the Commission for Air Quality Management (AQM) in the National Capital Region and Adjoining Areas.

Solicitor General Tushar Mehta informed the bench, also comprising Justices A.S. Bopanna and V. Ramasubramanian, that the commission will start functioning from Friday and the government has appointed its members.

“We are a court of law. This is a problem that has to be dealt with by the executive. They have the money, the power, and the resources for this. We are not abdicating our responsibility or functions but understand this, we have some limitations,” the bench observed after one of the counsel referred to the situation of pollution in Delhi.

Mehta told the bench that the government is taking all efforts on war footing to deal with the situation.

Senior advocate Vikas Singh, appearing for petitioner Aditya Dubey who has raised the issue of pollution caused due to stubble burning in neighbouring states of Delhi, said the chairman of the commission is a bureaucrat and it could have been a retired judge of the HC.

“There is no member from the Union health ministry,” Singh said, adding that pollution is linked to health issues.

The bench said the commission can talk to anybody in the country.

Singh contended that there is no classification of offense in the recent ordinance on air pollution and the Rs 1 crore fine and five-year jail term is a little bit arbitrary.

The bench asked whether all offenses in the ordinance are non-cognizable. Singh said these are cognizable.

The top court told Mehta that there is no grading of offense to which he said he would like to respond to it.

“We don't want to advise. These are all knowledgeable people and there are NGO people also,” the bench said.

Mehta pointed out that there are experts from the field besides members from NGOs in the newly created commission and they will all start working from Friday.

Singh added that the situation today is almost of a public health emergency and something drastic needs to be done.

He said by the time court will reopen after vacation, the current situation may all be over.

The bench said that it will keep the matter on reopening after the Diwali vacation.

On October 29, the top court was informed by the Centre that it has come out with an ordinance on curbing pollution and it has been promulgated already.

The top court had said that it would have to look at the Ordinance before passing any direction in the matter which has raised issues regarding pollution caused due to stubble burning in neighbouring states of Delhi.

The apex court had on October 26 kept in abeyance its earlier order appointing one-man panel of retired apex court judge Justice Madan B Lokur to monitor the steps taken by neighbouring states to prevent stubble burning which is a major cause of pollution in the Delhi-national capital region (NCR).

“We would like you to stop using your beautiful cars. Which you won't. We should all go about on bikes -- not motorbikes but bicycles,” the CJI had observed.

Earlier, the apex court had kept in abeyance its October 16 order appointing one-man panel of Justice (retd) Lokur while considering the Centre’s stand that it is coming out with comprehensive legislation to deal with air pollution, including the aspect of stubble burning.

Mehta had told the bench that the Centre has taken a “holistic view” of the matter and the draft of the proposed law on curbing pollution would be submitted in the apex court within four days.

In its October 16 order, the top court had directed the deployment of National Cadet Corps, National Service Scheme, and Bharat Scouts and Guides for assisting in the monitoring of stubble burning in the agricultural fields of Punjab, Haryana, Uttar Pradesh, and Delhi-NCR, saying all it wants is that “people of Delhi-NCR can breathe fresh air without any pollution”.

It had raised concern over the worsening air quality in Delhi-NCR and appointed one-man panel of Justice (retd) Lokur to monitor the steps taken by the neighboring states to prevent stubble burning while brushing aside objections of the Centre, Uttar Pradesh, and Haryana.

During his tenure as an apex court judge, Justice Lokur who headed the social-justice bench had dealt with pollution matters which included the aspect of stubble burning.

The top court is also hearing a separate plea filed in 1985 by environmentalist M C Mehta on air pollution and had last year even taken a suo motu note of an alarming rise in air pollution in Delhi-NCR where several directions have been passed with regard to stubble burning.