Sachin Pilot Says Won't Join BJP But Was He Ready To Defect?

It is unclear whether the BJP backed off from its overtures to Pilot for his inability to provide the numbers or if the deputy CM beat a hasty retreat realising betrayal from his own camp. 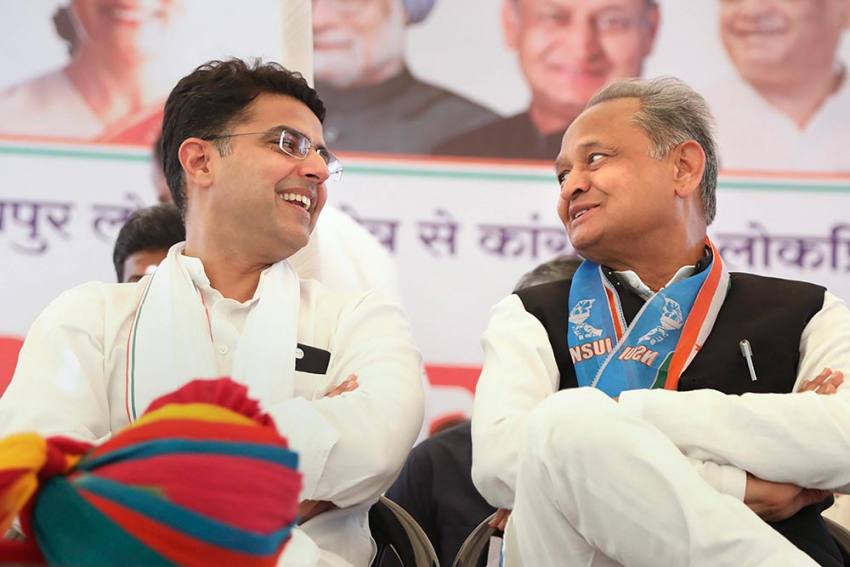 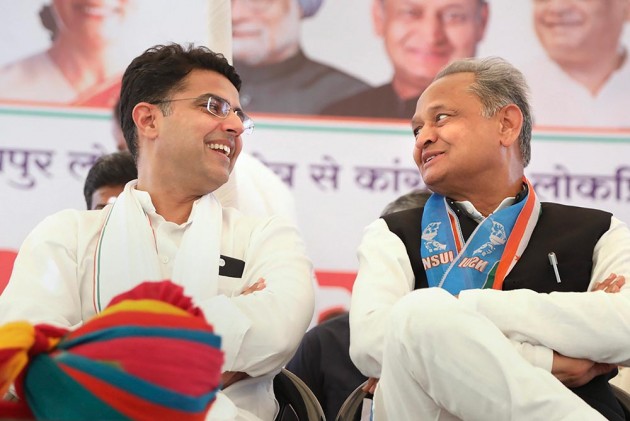 After keeping his party and political observers busy guessing through Sunday on his next move, Rajasthan deputy chief minister Sachin Pilot told some journalists late Sunday night that he has "no plans to join the BJP". The statement from Pilot comes in the wake of a raging political drama over his open rebellion against chief minister Ashok Gehlot and amid wild speculation that the Gujjar leader was planning to replicate what Jyotiraditya Scindia did to the Kamal Nath-led Congress government in March.

Pilot's pithy denial of reports that he was in touch with the BJP to switch sides came hours after his office circulated a message on a WhatsApp group making it clear that the rebel leader would not attend a meeting of Congress legislators convened by Gehlot in Jaipur on Monday morning. The message went to the extent of asserting that Gehlot was leading a minority government and that Pilot had the support of 30 Congress MLAs and some independents.

Though open to interpretation in various ways, the net import of this WhatsApp message was clear - Pilot had upped the ante against Gehlot, claimed the CM was running a minority government and that a stable government in the state was impossible without the support of the 30 MLAs whose loyalty the deputy CM claimed to command. Of course, none of this explicitly meant that Pilot was on his way to the BJP with his Super 30. However, his reluctance to speak to Congress emissaries, refusal to attend the party MLAs meet in Jaipur and quell rumours of his possible defection that had gained momentum even before the WhatsApp message began circulating, all had the trappings of a similar script that had played out in Madhya Pradesh in March when Scindia bolted with 22 Congress MLAs to the BJP stable and brought down the state's Congress government.

So what forced Pilot to then suddenly break his silence and inform journalists that he wasn't going to the BJP?

Sources in the Congress, including an MLA seen as a Pilot confidante, told Outlook that the deputy CM had indeed been in touch with the BJP and was weighing the option of defecting. Earlier on Sunday, Scindia had tweeted his disappointment at the manner in which Pilot was being "sidelined and persecuted" by Gehlot. Scindia and Pilot are known to share a warm rapport and have a common grudge - both believe that the Congress high command denied them their rightful claim of the chief minister's post after the party won the December 2018 assembly polls in M.P and Rajasthan respectively. Sources say Pilot and Scindia spoke after the latter put out his tweet and that the two discussed the Rajasthan leader's prospects of joining the BJP.

It is learnt that Pilot later also spoke to a senior BJP office bearer and indicated his willingness to switch sides, provided that the BJP made a "respectable offer". Some media platforms even broke the news of the likelihood of Pilot joining the BJP as early as Monday in the presence of party chief J.P. Nadda.

However, this is where the script seemed to depart from what had earlier played out in M.P. The BJP wanted proof from Pilot about his ability to deliver at least 25, if not 30, Congress MLAs to the BJP in order to topple the Gehlot government. The BJP, said a source, did not wish to risk an eventuality wherein it was saddled with an ambitious Pilot but unable to form a government in Rajasthan. The BJP presently has 72 MLAs in the 200-member Rajasthan assembly and the support of six other legislators while the Congress has a simple majority of 107 MLAs and support of over a dozen other MLAs. If Pilot delivered 25 Congress MLAs to the BJP, the saffron party would have had two MLAs more than the required majority mark and could have bolstered it's ranks by luring some independents on its own.

This is where Pilot, reportedly, slipped; perhaps betrayed by some of his confidantes. In Jaipur, Gehlot had already begun to reach out to several MLAs considered close to Pilot. Indeed, this effort by Gehlot to wean away Pilot loyalists slowly had been in the making for a while and explained why health minister Raghu Sharma, once a staunch Pilot supporter, had recently begun warming up to the CM. On Sunday evening, three other Pilot loyalists - Rohit Bohra, Chetan Dudi and Danish Abrar - met Gehlot at his residence and then informed the media that they were committed to the Congress party and to the CM. The trio were among the 16 Pilot loyalists who had reportedly checked into hotels in Delhi and Gurgaon through Saturday and Sunday after the deputy CM's revolt became public knowledge. However, while Pilot contemplated on his political maneuvers in Delhi, Bohra, Dudi and Abrar returned to Jaipur and met Gehlot.

It is unclear whether the BJP backed off from its overtures to Pilot for his inability to provide the numbers or if the deputy CM beat a hasty retreat realising betrayal from his own camp. What is evident though, is that Pilot played his hand without factoring in all the tricks that Gehlot had up his sleeves.

In politics, sudden twists, intrigue and betrayal are part of the game. For now, Pilot seems to have realised that it's better to hold on to what he already has in the Congress- deputy chief ministership, plum ministries like rural development and PWD, post of the state Congress chief - than to chase he may or may not get by joining the BJP. Similarly, Gehlot may have presently succeeded in 'exposing' the unreliability of his junior and proved that his long experience as a wily politician is more of an asset for the Congress than Pilot's charisma or the fan-base he has in Delhi's media. However, it may not be long before the two Congress leaders draw their daggers again and the BJP wades in to enjoy the spoils. The sands in this desert storm could shift anytime.