CJI Ranjan Gogoi, reading the verdict on behalf of himself and Justices A M Khanwilkar and Indu Malhotra, said the larger bench will decide all such religious issues relating to Sabarimala, entry of women in mosques and practice of female genital mutilation in the Dawoodi Bohra community. 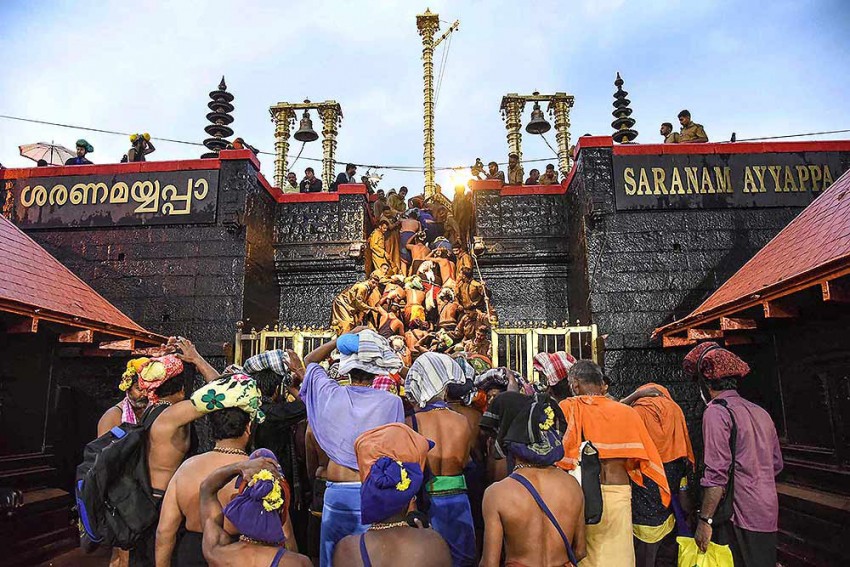 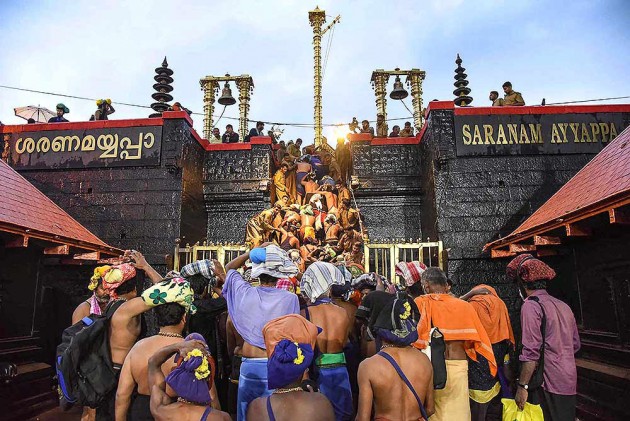 The Supreme Court on Thursday said a larger seven-judge bench will re-examine various religious issues, including the entry of women into the Sabarimala temple and mosques and the practice of female genital mutilation in the Dawoodi Bohra community.

While the five-judge bench unanimously agreed to refer the religious issues to a larger bench, a majority verdict by Chief Justice Ranjan Gogoi and Justices A M Khanwilkar and Indu Malhotra decided to keep pending the pleas seeking a review of its decision regarding the entry of women into Sabarimala.

However, the majority verdict did not say anything adverse against the apex court's September 28, 2018 decision allowing women to enter the shrine nor did it stay the earlier judgement.

The minority verdict by Justices R F Nariman and D Y Chandrachud gave a dissenting view by dismissing all the review pleas and directing compliance of its September 28 decision.

The split decision came on as many as 65 petitions -- including 56 review petitions and four fresh writ petitions and five transfer pleas -- which were filed after the apex court verdict of September last year sparked violent protests in Kerala.

The top court, by a majority verdict of 4:1, on September 28, 2018, had lifted the ban that prevented women and girls between the age of 10 and 50 from entering the famous Ayyappa shrine in Kerala and held that the centuries-old Hindu religious practice was illegal and unconstitutional.