Home  »  Website  »  National  »  SAARC Has Problems, And I Think We Know: S Jaishankar Hints At Pakistan

SAARC Has Problems, And I Think We Know: S Jaishankar Hints At Pakistan

Pakistan is a member of the eight-nation South Asian Association of Regional Cooperation (SAARC) grouping along with India, Afghanistan, Bhutan, Nepal, Bangladesh, Sri Lanka and Maldives. 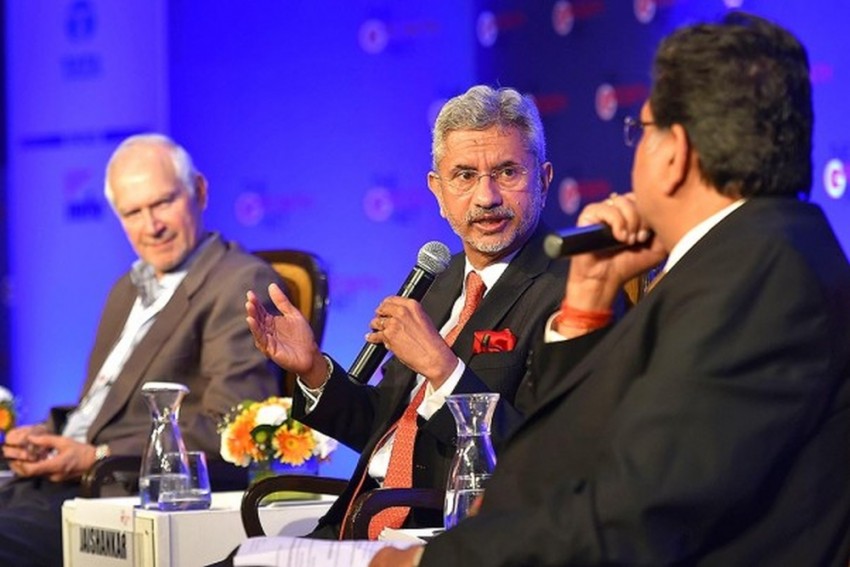 External Affairs Minister S Jaishankar, in an apparent reference to Pakistan, said the regional grouping SAARC has some problems, and that BIMSTEC fits with India's vision
PTI Photo
Outlook Web Bureau June 06, 2019 00:00 IST SAARC Has Problems, And I Think We Know: S Jaishankar Hints At Pakistan 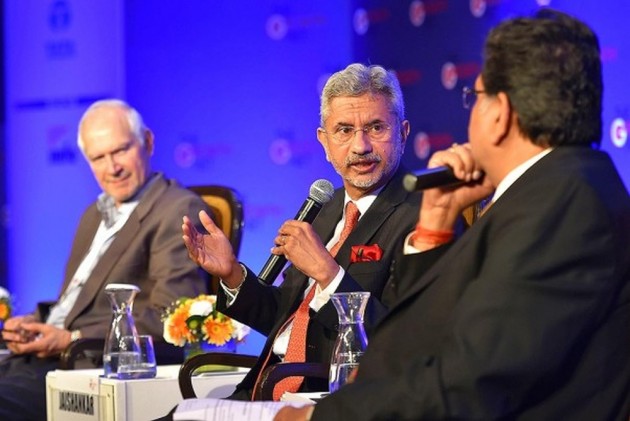 In an apparent reference to Pakistan, External Affairs Minister S. Jaishankar on Thursday said that SAARC has problems, and that BIMSTEC leaders were invited for swearing-in of Prime Minister Narendra Modi last month because there is energy, mindset and possibility in latter's regional grouping which fits in with Indias very optimistic vision of economic cooperation.

Speaking at an event in Delhi, his first public function since taking over as the Minister on May 31, the former Foreign Secretary said India should follow a generous policy to pave the way for better connectivity with countries in South Asia and should incentivise cooperation in the neighbourhood by often stepping out and not emphasising too much on reciprocity.

"SAARC has certain problems and I think we know. Even if you were to put terrorism issue aside, there are connectivity issues, there are trade issues out there," Jaishankar said.

He was apparently referring to Pakistan, with which India is unable to cozy up because of continued terrorism emanating from that country and hurting this country.

Pakistan is a member of the eight-nation South Asian Association of Regional Cooperation (SAARC) grouping along with India, Afghanistan, Bhutan, Nepal, Bangladesh, Sri Lanka and Maldives.

When Modi took oath as Prime Minister for his first term in 2014, he had invited leaders of this grouping, including Pakistan's Prime Minister Nawaz Sharif who had attended the event. The idea was to assert his special focus to India's neighbourhood.

However, this time, he chose to invite leaders of Bay of Bengal Initiative for Multi-Sectoral Technical and Economic Cooperation (BIMSTEC), another regional grouping in which six SAARC nations are members but not Pakistan.

"If you look why BIMSTEC leaders were invited for the (PM's) swearing-in, because we see today an energy, a possibility, a mindset in BIMSTEC which fits with our very optimisitic vision of economic cooperation," Jaishankar said.

The BIMSTEC is a seven-member grouping of nations lying in the littoral and adjacent areas of the Bay of Bengal constituting a contiguous regional unity.

While five member states are from South Asia - Bangladesh, Bhutan, India, Nepal, Sri Lanka - two are from Southeast Asia - Myanmar and Thailand. Their leaders were among those invited for swearing in of Modi on May 30.

Jaishankar said that boosting connectivity in the countries of South Asia had received a lot of attention in the past five years and "will be among top priorities in the next five years".

He said that South Asia was among the least connected regions of the world due to factors such as history and was losing out on opportunities .

The External Affairs Minister said India has the primary responsibility to work towards boosting connectivity as it is the largest economy of the region, its growth can help lift ties with the neighbours and New Delhi should not "over-negotiate" it.

"We need to incentivise cooperation in the neighbourhood by often stepping out ourselves," he said, adding that it cannot be reciprocal because India has more resources and larger capability.

"I will like to see a generous policy where we pave the way," he said, adding that there were already substantial lines of credit and programmes on the ground and livelihood in some neighbouring countries also derives from economic activity in India.

Citing example of Bangladesh, he said it is leveraging its location and its resources into enormous economic activity.

Jaishankar said that if inland water ways develop further in Bangladesh, it can provide another axis to India to reach out to countries in South East Asia.

He said the emphasis on BIMSTEC is centred on the thinking that any organization or any platform that furthers progress should be used.

Toddler Killed, Eyes Gouged Out As Parents Failed To Repay Loan In UP