This decision by Governor Kalraj Mishra comes after he returned the Ashok Gehlot-led government a note seeking an assembly session and sought additional information. 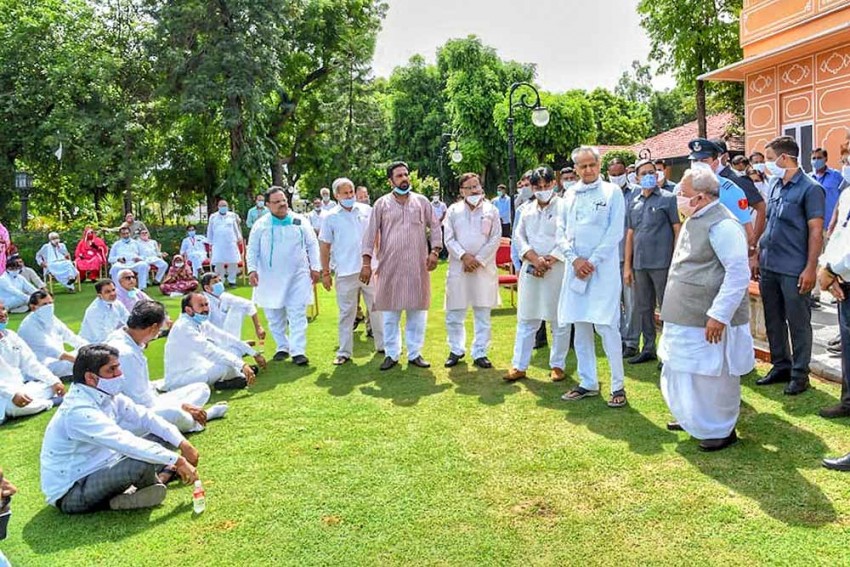 Governor Kalraj Mishra interacts with the Congress MLAs who accompanied Rajasthan Chief Minister Ashok Gehlot to the Raj Bhawan demanding from the Governor to convene an urgent Assembly session, in Jaipur.
PTI Photo
Outlook Web Bureau 2020-07-27T15:56:28+05:30 Rajasthan Governor Agrees To Convene Assembly Session But There Is A Catch 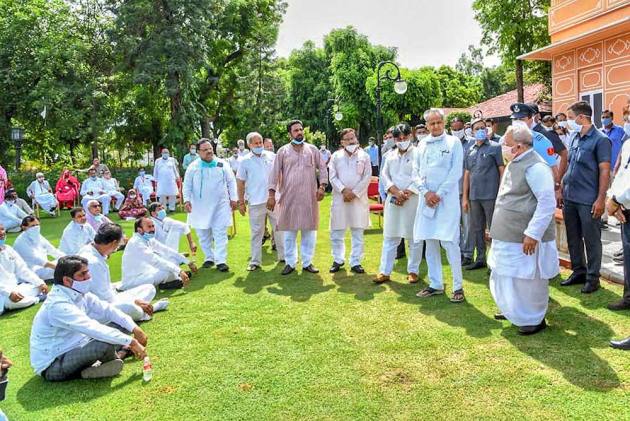 This comes after Mishra returned to the Gehlot-led government a note seeking an assembly session and sought additional information.

Although Mishra is bound to accept Gehlot government's recommendation for convening an Assembly session, he has stopped short of expressly granting a time and date. No warrant for convening a session has been issued by the Raj Bhavan either.

"Not convening the Assembly was never the intention," the Governor's office said.

The Gehlot cabinet will meet this evening to discuss the tentative schedule for the Assembly session and also draft replies to the three issues raised in Mishra's letter to Gehlot.

Congress sources believe that the Rajasthan Governor is deliberately egging on the Gehlot government to give a written undertaking to the Raj Bhavan stating that seeking a floor test is among the reasons for which it wants the Assembly to be convened.

On the Governor's query for a 21-day notice for convening a session, the Congress has already made it clear that the Constitution does not require such time-bound notice to be given to the Governor for purpose of convening a session and that across the country assemblies have been convened within a week of the cabinet urging respective Governors issuing warrants to summon a session of the House.

Congress spokesperson and senior advocate Abhishek Manu Singhvi says as per the Constitution and judgements of the Supreme Court, governments are also not bound to inform the Governor of the prospective agenda for convening an Assembly session.

"It will be difficult to call all the MLAs for the Assembly Session in the wake of COVID-19 pandemic. Can you consider giving a 21-day notice over the convening of Assembly Session?" Rajasthan Governor said earlier on Monday.