The SKM had said that the rail blockade will be held across the country from 12pm to 4pm. 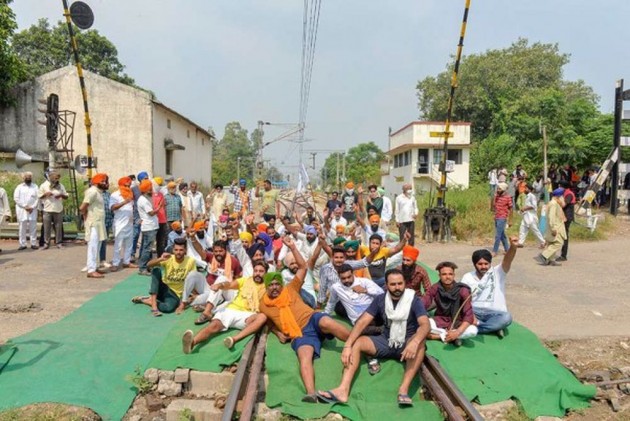 The railways have deployed 20 additional companies of the RPSF across the country, with a focus on Punjab, Haryana, Uttar Pradesh, and West Bengal, in the wake of the "rail roko" called on Thursday by farmer unions protesting against the Centre's new agriculture laws.

The Samyukta Kisan Morcha (SKM), an umbrella body of protesting farmer unions that is leading the protest, last week had announced the rail blockade to press for its demand to repeal the opposed bills.

"We will gather intelligence. States such as Punjab, Haryana, Uttar Pradesh, and West Bengal, and some other areas will be our focus. We have deployed 20 companies (around 20,000 personnel) of the Railway Protection Special Force (RPSF) in these areas," he said.

The SKM had said that the rail blockade will be held across the country from 12 pm to 4 pm.

The announcement came amid the ongoing protests against the laws at Delhi's borders by farmers, mostly from Punjab, Haryana, and Uttar Pradesh, and 'mahapanchayats' that are being organised in these states to garner support for the movement.