In an exclusive interview with Outlook, Sanjay Jha, senior Congress leader who was recently removed as party spokesperson, talks about what the Grand Old Party needs to do to revive itself to win the next general elections. 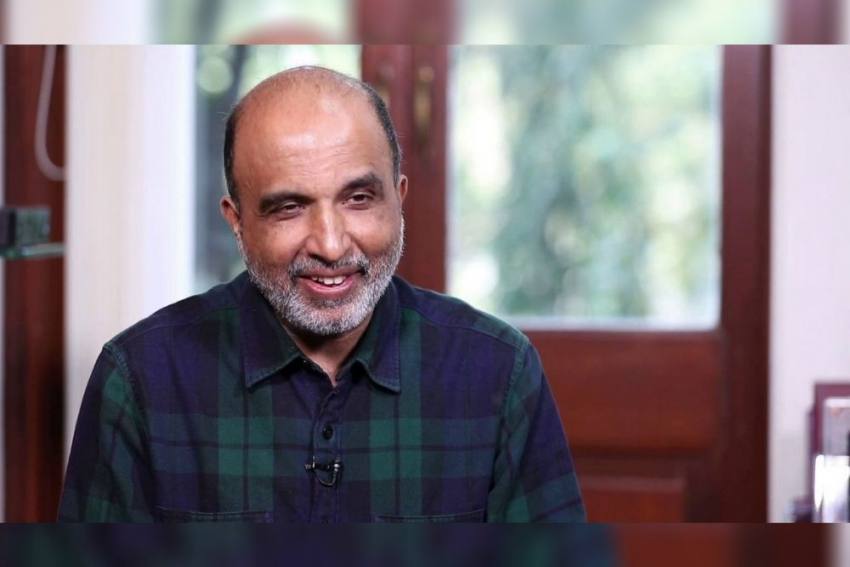 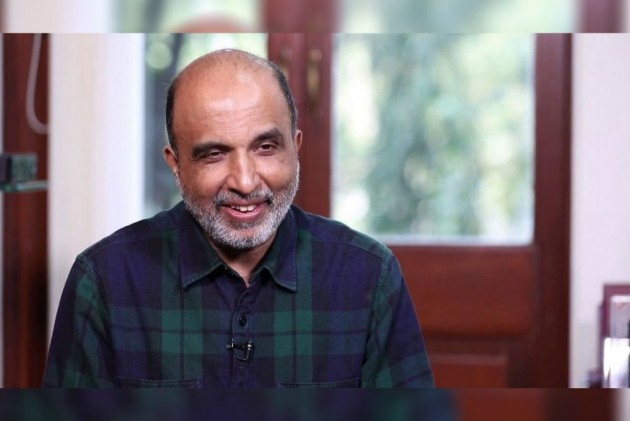 Former Congress spokesperson Sanjay Jha says that the Congress party desperately needs to reinvent itself with fresh faces and a new perspective. Jha was removed as a spokesperson after he wrote a critical article about the party. In an interview with Outlook's Preetha Nair, Jha says that the party should find a new president through democratic elections, and preferably not from Gandhi family.

Q) You were dropped from the post of spokesperson after writing a critical piece about the Congress Party. Had you raised your concerns in party forums before going public? Some senior leaders say that your questions came at the wrong time.

There is no such thing as a wrong time for a good suggestion that is constructive for the Congress. On the contrary, we have allowed an inexplicable drift to happen over decades that has eroded our foundational strengths. The last time elections were held to the CWC was in 1997. Over the last 20 years, we have had just two presidents of the Congress party (compare that to pre-1947). Honestly, we pay synthetic lip-service to internal democracy, which contradicts our core philosophy. If there were indeed dynamic transparent forums I would not be writing op-eds. I thought sacking me in the impertinent manner in which it was done was a manifestation of what I wrote; an intolerance for frank feedback.

Q) Leadership vacuum is the biggest challenge for Congress now. Many senior leaders have openly talked about it. What is the way out?

When Rahul Gandhi resigned as Congress President following the 2019 Lok Sabha defeat, he was categorical that there should be a new non-Gandhi leader. In my opinion, Rahul’s intention was to get the Congress to rid itself of the dynastic succession baggage. I think it was a decision that had great moral authority written all over it. There is no dearth of outstanding talent within the party. The uncomplicated way forward is elections; not just for the post of the president, but also within the CWC. The delay is intriguing.

Q) You said you will contest the CWC election when it's held. Do you think Gandhis are ready to cultivate a second rung leadership?

I will certainly contest the next CWC elections and present my blueprint for a Congress comeback that I passionately believe in. The writing is on the wall; we need a rejuvenated, energised, self-driven Congress that is resolute in its intent to recover lost ground and once again win public trust. It is possible. But we need fresh faces, a new perspective, an organisation where people are heard, and no one afraid of the consequences for challenging the status quo.

Q) Do you think the party could have stopped leaders like Jyotiraditya Scindia? The Congress is riddled with factionalism in almost every state. Young leaders like Sachin Pilot and Milind Deora are also unhappy. Why isn’t there a mechanism to address these conflicts?

The answer is straightforward; this is a consequence of the party’s self-imposed isolation from its own. After losing 2019 Lok Sabha polls, we just meekly surrendered Karnataka and Madhya Pradesh; that was akin to committing political hara-kiri. We lack the hunger to win. In politics, passion and perseverance must be 24 x 7. Losing a political heavyweight like Jyotiraditya Scindia was a terrible mistake. Milind Deora is often criticised for speaking his mind out, which is frankly ridiculous. We should encourage an environment of spirited candid exchanges.

Actually, I don’t call raising fundamental fault-lines within the party a rebellion. I am in fact being a true soldier of the party. Silence is betrayal, said Martin Luther King Jr. If other party leaders continue to be mealy-mouthed (they complain copiously in private though), they will be equal accessories to the Congress political epitaph. My principal aim: resurrect the party so that we can claim our ideological space in 2024.

Q) Will the clash between the old guard and the new order hurt the party more in the upcoming Bihar and West Bengal elections?. Which camp do you belong to?

I am homeless. I have no dynastic lineage, no political guardian. I have never sought personal aggrandizement for my political contributions. So, I belong to just one camp: the true-blue Congress camp that Gandhi-Nehru had envisaged for India. I don’t belong to the big tent that moves from one five-star hotel to another as part of resort politics. That’s why many in Congress perhaps struggle to understand me.

I understand that it is not easy to be a Gandhi and be available at call. It is impossible. The Gandhi family’s contribution to India’s mesmerising story is legendary, their martyrdom is unparalleled, there is no doubting that. Once he became Congress president, it was logical to assume that RG would have to ration his time intelligently; it is a damn tough job. But yes, it cannot be denied that there is a close coterie around him that pre-selects his access, which is absurd as most of them would not know the difference between Muzzafarpur and Muzzafarnagar. Leaders must have a fan club, not a fawn club.

Q) There is a huge debate on the need for a President from a non-Gandhi family and some names have been floating around. Who, according to you, is the best option?

Firstly, full credit where it is due: Rahul Gandhi triggered a democratic revolution within the party by taking a bold call. He deserves congratulations for it. Tragically, however, a year later the Congress or the CWC has blatantly ignored his request. Unknown to him (RG) perhaps, but this is causing enormous injury to his image. A year-plus since, and we have a leadership vacuum. This at a time when the Modi government has proved to be a monumental catastrophe; India has a crippled economy, national security crisis (amateurish ham-handed response to China), a humanitarian crisis ( 85 million migrants whose lives are disrupted ) and the Covid-19 pandemic which is rising to alarming levels ( India will cross 1 million mark sooner than later). But surprisingly, Mr. Modi still remains popular. If Congress cannot read between the lines here, it is a recipe called political suicide.

Q) There is a clamor for Rahul Gandhi to come back as Congress President. Do you think he can reinvent himself as a full-time politician in the second stint?

Of course, he can. I have thoroughly enjoyed some of his interviews with eminent economists and social thinkers. I am glad Rahul Gandhi is reinventing his private brand which has been severely damaged by the BJP IT cell. My personal view is that relieved of his official responsibilities as Congress president, he is beginning to break through some fuddy-duddy shackles. The Rahul I knew once was chilled out. He needs to create his own playbook. But I will insist that the party must embrace change and give someone new a chance. Whether it is Dr Shashi Tharoor, Sachin Pilot, Bhupesh Baghel, Captain Amarinder Singh, some distinguished veterans with great political instinct, that is for the party to elect.

Q) As a spokesperson, you have long defended Rahul’s public perception. With his disappearing act, he has earned the reputation of a part-time politician. Do you think Rahul will use this current crisis as an opportunity to come back?

I have always maintained that Rahul is a long-distance runner, a marathon man. I feel both the Congress leaders in charge of political communication and Rahul himself under-estimated the damage of the social media hemorrhaging of his personal reputation for too long. It immeasurably hurt his political capital. But he is fighting back, albeit it is never easy. But right now, the bigger challenge is reinventing Congress, given its raw energy and self-belief. Success will start from self-confidence, not hollow hyperbole and Twitter overload.

Q) Many are apprehensive of your intentions. What is your next course of action? Will you stay in the party and fight on?

I am 99% more Congressi than many gentlemen clad in white-kurta pyjamas and bandhgalas in Lutyens Delhi. For the umpteenth time, I am with Congress. I will always be. It is for the Congress to decide whether it wants to be with me. Mine is an ideological battle; India must be a democratic, liberal, progressive, secular, and inclusive republic. The Congress is the only national party that mirrors India’s constitution. We fail the country when we fail ourselves. The future of this great nation for 138 crores is at stake. But we are somnambulating.

Q) What are your suggestions for restructuring or organisational transformation of the party?

I have five principal suggestions to get the mojo back in the Congress: Hold elections for Congress President and CWC. There must be a limited tenure for the chief post, and thus a new Congress President elected mandatorily after every 3 years ( in exceptional cases, another extension of 3 years following CWC majority approval) Appoint 5 Regional Vice-Presidents (West, North, South, East, and North-East), decentralize power and encourage independent state leaders. Announce a Shadow Cabinet on the Westminster model to keep the NDA government on their toes. The party also should voluntarily submit to coming under the RTI Act for disclosing the source of funds.

I am optimistic that if Congress renews itself before the end of 2020, it can make a spectacular comeback in 2024. Change is tough, painful, but it is ineluctable. To protect our Congress ideology, we need to win. 2024 is the finish line.