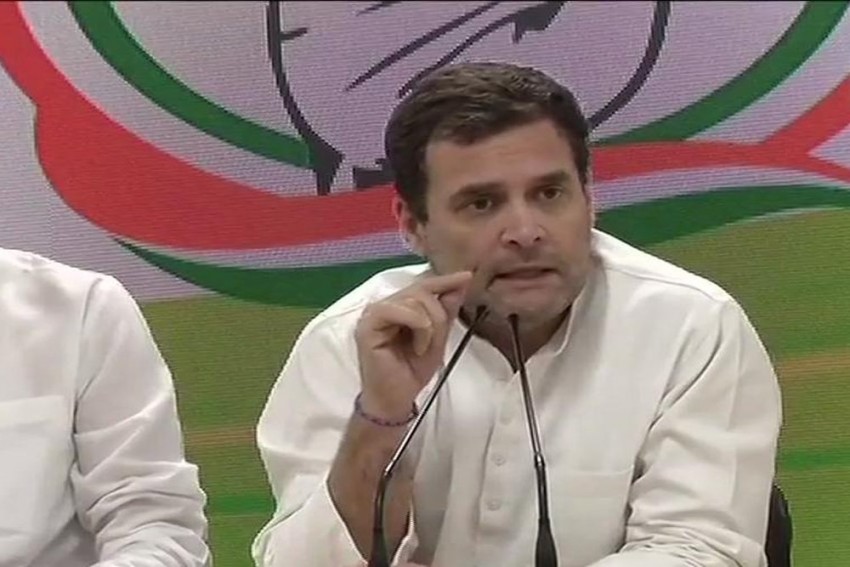 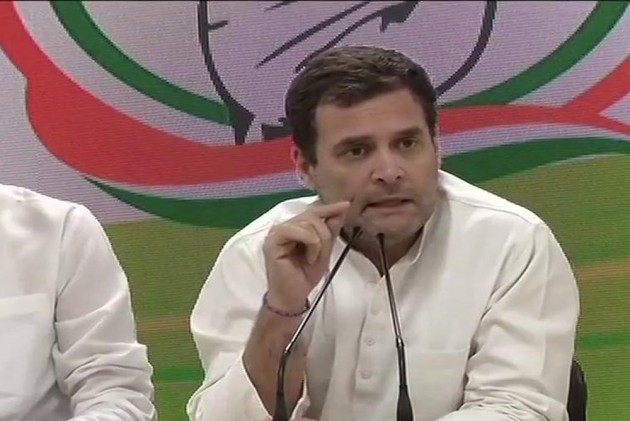 In what is expected to significantly alter the Congress party's prospects in the upcoming Lok Sabha polls, Rahul Gandhi, on Monday, announced that his party would ensure a minimum income guarantee of Rs 72000 per annum for the poorest section of India's population.

Stating that NYAY- Nyuntam Aay Yojana- would be given to 20 per cent of India's population which earns less than Rs 12000 annually, Gandhi said he believes that if "(Prime Minister Narendra) Modi can give Rs 30000 crore to Anil Ambani, the Congress can give Rs 72000 per year to India's poorest".

The scheme, he said, is a natural corollary to the employment guarantee - MGNREGA - scheme that the UPA government of Dr Manmohan Singh had introduced in 2006. He added that it was "unacceptable to the Congress party that Indians earn less than Rs 12000 per month in the 21st century'.

The announcement could be the one big plank that the Congress-led Opposition was desperately looking for to swing the narrative in their favour in the Lok Sabha polls that are now just a fortnight away. It is expected to force the BJP and Prime Minister Narendra Modi to recalibrate their poll strategy especially since rising unemployment and deepening agrarian distress is seen as the Achilles Heel of the incumbent NDA regime.

It remains to be seen whether NYAY, now seen as a game changer for the Congress, will also make Opposition parties like Akhilesh Yadav's SP, Mayawati's BSP, Mamata Banerjee's Trinamool Congress, Arvind Kejriwal's AAP and the Left Front, which had all rejected a pre-poll alliance with the Grand Old Party, warm up to Rahul Gandhi in the days to come.

For the Congress, sources say, the announcement gives Gandhi a "definite upper hand" as he can steer the election rhetoric back to issues of unemployment and poverty weeks after the Balakot air strikes had enabled Modi and BJP president Amit Shah to turn the narrative into one that harped on the emotive and polarising plank of Hindutva pride and jingoism.