According to sources, Indian High Commissioner to Pakistan Ajay Bisaria has also been called to Delhi for consultations in the wake of the horrific attack. 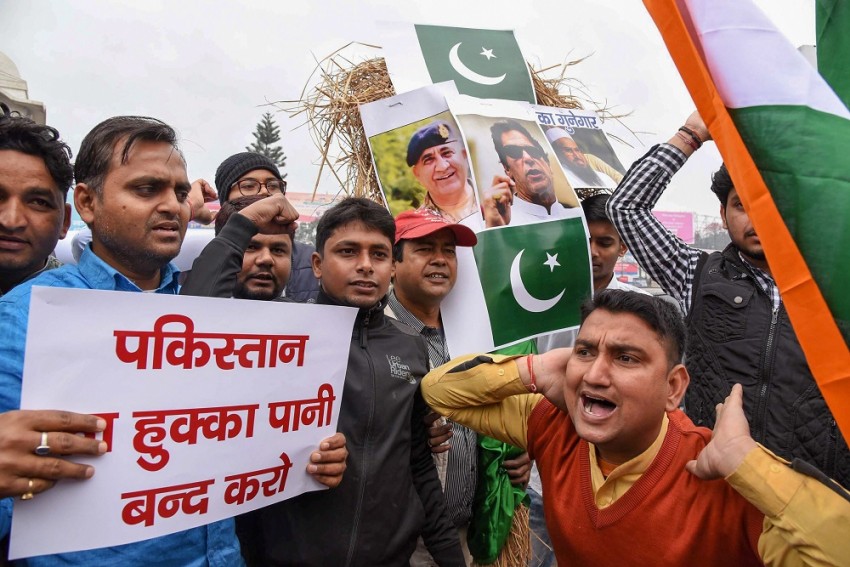 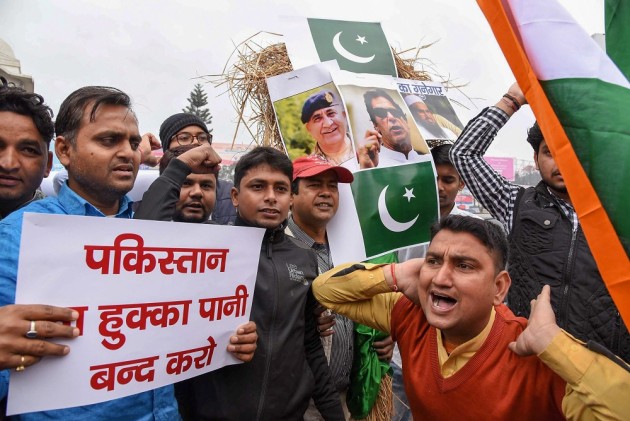 In a major diplomatic offensive against Islamabad after the Pulwama terror attack, India held a briefing for envoys of 25 countries, including from P5 nations -- US, China, Russia, the UK and France -- to highlight Pakistan's role in using terrorism as an instrument of state policy.

Before the briefing, Foreign Secretary Vijay Gokhale summoned Pakistan High Commissioner to India Sohail Mahmood to his South Block office and issued a very strong demarche over the attack in which at least 40 CRPF personnel were killed in Kashmir's Pulwama district.

Pakistan must take "immediate and verifiable action" against the JeM and that it must immediately stop any groups or individuals associated with terrorism operating from its territories, Gokhale told the envoy.

According to sources, Indian High Commissioner to Pakistan Ajay Bisaria has also been called to Delhi for consultations in the wake of the horrific attack.

Hours after vowing to isolate Pakistan diplomatically in the wake of the attack, the government undertook the exercise of reaching out to the international community, most of which has univocally condemned the attack by the UN-proscribed Pakistan-based JeM terror outfit.

China expressed deep "shock" over the Pulwama terror attack carried out by a Jaish suicide bomber, but did not give an assurance to India that it will back New Delhi's appeal to list the UN-proscribed Pakistan-based terror group's chief Masood Azhar as a global terrorist.

Apart from the envoys of the P5, Gokhale met the envoys of key countries in Europe and Asia such as Germany, South Korea, Japan, as well as Australia, they said.

"All the Heads of Missions were left in no doubt about the role played by Pakistan based and supported JeM in the terrorist attack and our demand that Pakistan ceases forthwith all support and financing to terror groups operating from areas under their control. The foreign secretary also highlighted the role played by Pakistan in using terrorism as an instrument of its state policy," a source said.

The MEA will continue to take all steps to expose the complicity of Pakistan in the Pulwama terrorist attack and demand immediate and verifiable action against JeM and its leader Masood Azhar, the source added.

Earlier in the day, Finance Minister Arun Jaitley, briefing reporters after a meeting of the Cabinet Committee on Security, said the MEA will make a major diplomatic push to isolate Pakistan.

Jaitley said those aiding and abetting the perpetrators will have to "pay a heavy price".

Countries from across the globe condemned the terror attack with nations such as the US, UK, Russia and France asserting that they stand with India in this hour of grief.

Condemning the attack, Russian President Vladimir Putin said perpetrators and sponsors of the attack should be brought to book and reiterated his country's support for further strengthening counterterrorist cooperation with India.