Priyanka Gandhi Attacks BJP Over Plight Of Contractual Teachers In UP

Hundreds of 'shiksha mitras' have been protesting and pressing for better pay and appointment as assistant teachers in the state. 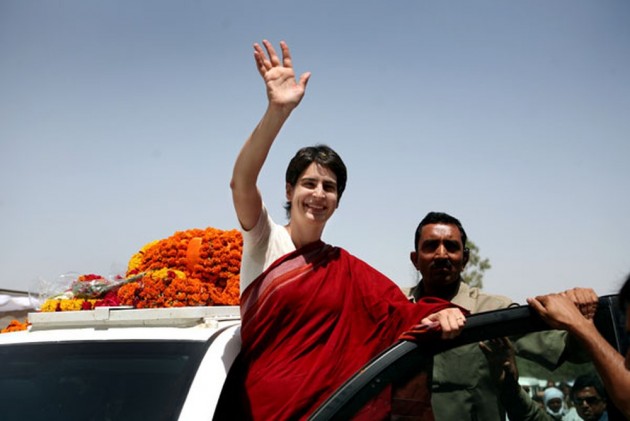 Congress general secretary Priyanka Gandhi Vadra on Monday slammed the BJP over the plight of contractual teachers, also called 'shiksha mitras' in Uttar Pradesh, alleging the ruling party leaders are busy marketing T-shirts instead of attending to those suffering.

Hundreds of 'shiksha mitras' have been protesting and pressing for better pay and appointment as assistant teachers in the state.

"The hard work of Uttar Pradesh's 'shiksha mitras' is insulted every day. Scores of sufferers committed suicide. Those who took to the streets to protest were beaten with lathis, National Security Act was registered against them," the AICC in charge Uttar Pradesh East tweeted.

"BJP leaders are busy marketing T-shirts, I wish they had paid attention to those suffering," she claimed.