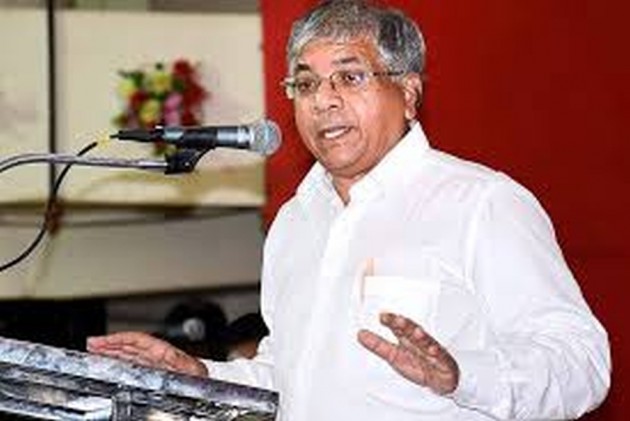 Earlier in the day, addressing an election rally at Digras in Maharashtra's Yavatmal district, Ambedkar said he would jail the EC for two days if voted to power.

The Yavatmal district collector lodged a complaint against Ambedkar at the Digras police station and a case under Indian Penal Code (IPC) sections 503 (criminal intimidation), 505 (statements conducing to public mischief) and 189 (threat of injury to public servant) was registered.

Ambedkar has formed the "Vanchit Bahujan Aghadi", an alliance with the Asaduddin Owaisi-led All India Majlis-e-Ittehadul Muslimeen (AIMIM), for the upcoming Lok Sabha polls.

Ambedkar, the grandson of B R Ambedkar, is himself contesting the Lok Sabha election from Solapur and Akola in Maharashtra.

"We lost 40 soldiers (in Pulwama), but we are still sitting quiet. We have been asked not to speak on the Pulwama attack. How can the EC gag us? Our Constitution has given us the right to speak. I am not the BJP. If voted to power, we will jail the EC for two days," Ambedkar told the rally.

Asked about his remarks, he said he had made a "general" statement.

"I said it in a general sense, but my comment on the EC was singled out," Ambedkar told PTI.