'PM Modi or Amit Shah should felicitate Kejriwal for fulfilling the promises, but instead of doing that senior BJP leaders and ministers are raking up 'Hindu vs Muslim' issue in their bid to win the elections,' the Sena said. 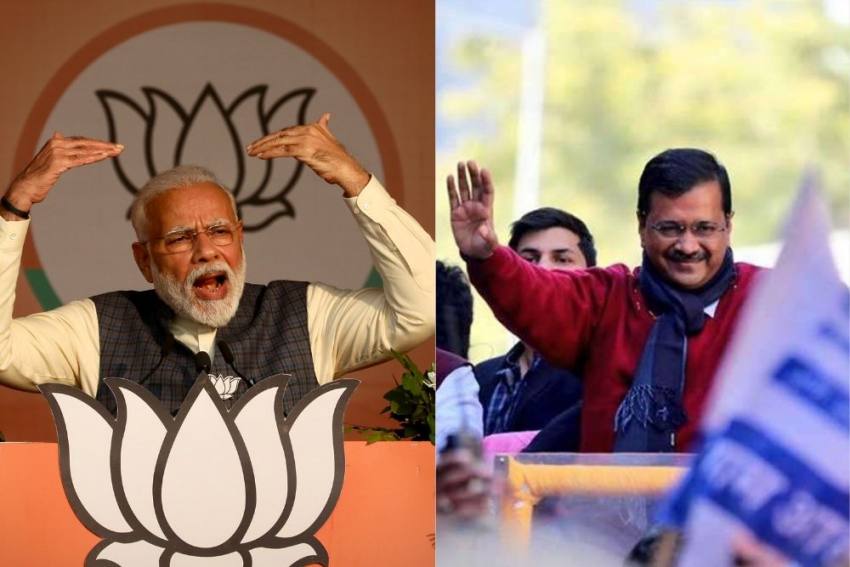 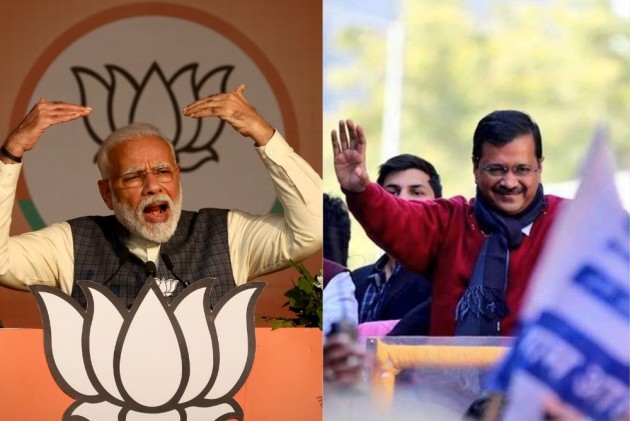 A day before the Delhi Assembly polls, the Shiv Sena on Friday heaped praises on Chief Minister Arvind Kejriwal for his government's "ideal" work in the last five years, and said the Centre should have replicated the 'Delhi model' of development in other states.

The Sena said Prime Minister Narendra Modi or Union Home Minister Amit Shah should have felicitated Kejriwal for fulfilling the promises in Delhi, but instead of doing that senior BJP leaders and ministers are raking up the 'Hindu vs Muslim' issue in a bid to win the elections.

"PM Modi and Amit Shah are leaving no stone unturned in Delhi Assembly elections. They (BJP) could not come to power in Maharashtra and lost in Jharkhand. Therefore, the BJP wants to win Delhi and there is nothing wrong in it," the Sena said in an editorial in the party mouthpiece 'Saamana'.

"With the aim of winning the Delhi polls, 200 MPs from across the country, chief ministers of all the BJP-ruled states and the entire Union Cabinet are in the arena. Despite that Kejriwal has clearly emerged stronger than them," it said.

There could be differences of opinion on Kejriwal's views and style of functioning, it said, adding, "But despite having limited power in hand and the hurdles created by the Centre, his government's work in the fields of healthcare, education, civic amenities is ideal."

PM Modi and his cabinet should have replicated this 'Delhi model' in other states and utilised Kejriwal's vision across the country, the Sena said.

"Instead, all efforts were being made to prove Kejriwal wrong. If anybody is doing good work in a state and even if that person does not follow your ideology, the country's leader should still praise him and implement his good work elsewhere. But there is no magnanimity left in politics now," the Uddhav Thackeray-led party added.

"Children from poor families study in government-run schools in Delhi and such schools have turned ideal. The mohalla clinics there are doing good work. Water and electricity tariffs were either waived or halved. It means the promises that Kejriwal had given were fulfilled.

"PM Modi or Amit Shah should felicitate Kejriwal for fulfilling the promises, but instead of doing that senior BJP leaders and ministers are raking up 'Hindu vs Muslim' issue in their bid to win the elections," the saffron party said.

During the poll campaign, the BJP accused Kejriwal of being a 'terrorist', the Shiv Sena said, adding, "If they have proof, why don't they take action against him?"

The party also lashed out at Modi for devoting his campaign speeches to the issues of Batla House and Article 370.

"Modi said in his speech that those who ask for the proof of surgical strikes should be punished through voting. But if the voters in Delhi do not listen to him, then will he dub them as anti-nationals and dismiss the new government? The BJP should not lower the stature of the PM's position. The PM should exercise restraint," it said.

"There is no presence of Congress in Delhi. The BJP is trying to make lotuses bloom in a dried-up lake...But Kejriwal is seeking votes on the basis of his performance in the last five years. This is a different experiment in the politics of the country, which should be welcomed," it said.

Kejriwal has emerged as stronger than others. Delhi's voters are mature enough, so they don't need anybody's advice, the Shiv Sena concluded.

'CBI Should Get Him Punished Strictly': Manish Sisodia On OSD's Arrest