'PM Modi Not In Good Mood Over Big Conflict With China': Donald Trump

Two days ago, Trump said in a tweet that he was 'ready, willing and able to mediate' between the two countries and he reiterated this offer today. 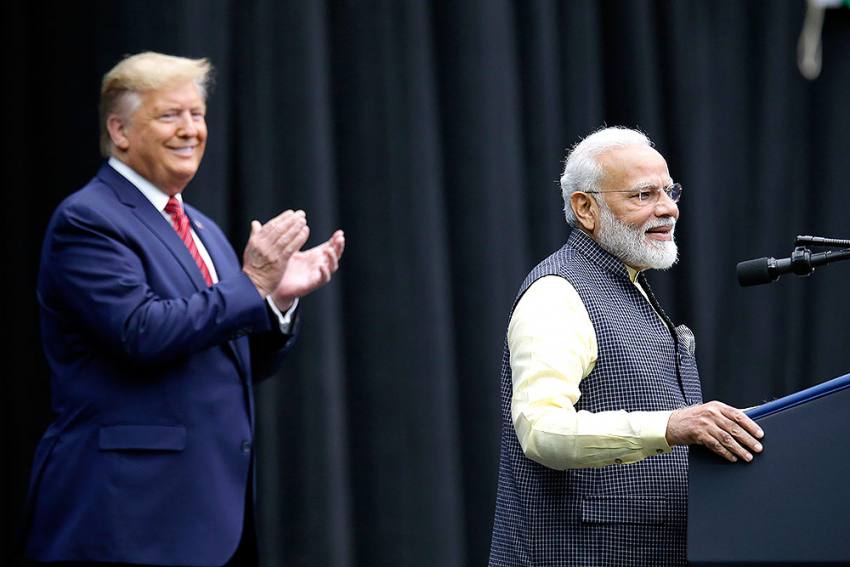 In this file photo, US President Donald Trump listens as India Prime Minister Narendra Modi introduces him during the "Howdi Modi" event.
AP Photo.
PTI May 29, 2020 00:00 IST 'PM Modi Not In Good Mood Over Big Conflict With China': Donald Trump 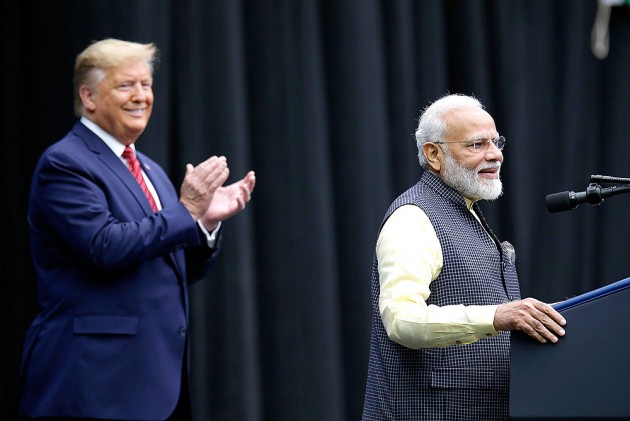 Reiterating his offer to mediate on the border dispute between India and China, US President Donald Trump has said that he spoke to Prime Minister Narendra Modi, who is not in a "good mood" over the "big conflict" between the two countries.

Interacting with journalists in the Oval Office of the White House on Thursday, Trump said a "big conflict" was going on between India and China.

"I can tell you; I did speak to Prime Minister Modi. He is not in a good mood about what is going on with China," Trump said.

A day earlier, the president offered to mediate between India and China.

Trump on Wednesday said in a tweet that he was "ready, willing and able to mediate" between the two countries. Responding to a question on his tweet, Trump reiterated his offer, saying if called for help, "I would do that (mediate). If they thought it would help" about "mediate or arbitrate, I would do that," he said.

ALSO READ: It's No Ordinary India-China Standoff This Time. Tensions At LAC Won't Dissipate That Easily

India on Wednesday said it was engaged with China to peacefully resolve the border row, in a carefully crafted reaction to Trump's offer to arbitrate between the two Asian giants to settle their decades-old dispute.

"We are engaged with the Chinese side to peacefully resolve it," External Affairs Ministry Spokesperson Anurag Srivastava said, replying to a volley of questions at an online media briefing.

"The two sides have established mechanisms both at military and diplomatic levels to resolve situations which may arise in border areas peacefully through dialogue and continue to remain engaged through these channels," he said.

While the Chinese Foreign Ministry is yet to react to Trump's tweet which appears to have caught Beijing by surprise, an op-ed in the state-run Global Times said both countries did not need such help from the US president.

ALSO READ: China Up To Mischief, It's Instigating Nepal Against India

"The latest dispute can be solved bilaterally by China and India. The two countries should keep alert on the US, which exploits every chance to create waves that jeopardise regional peace and order," it said.

Trump's unexpected offer came on a day when China took an apparently conciliatory tone by saying that the situation at the border with India is "overall stable and controllable."

In Beijing, Chinese Foreign Ministry spokesman Zhao Lijian said on Wednesday that both China and India have proper mechanisms and communication channels to resolve the issues through dialogue and consultations.

Trump previously offered to mediate between India and Pakistan on the Kashmir issue, a proposal that was rejected by New Delhi.

Over 100 Indian and Chinese soldiers were injured in the violence.