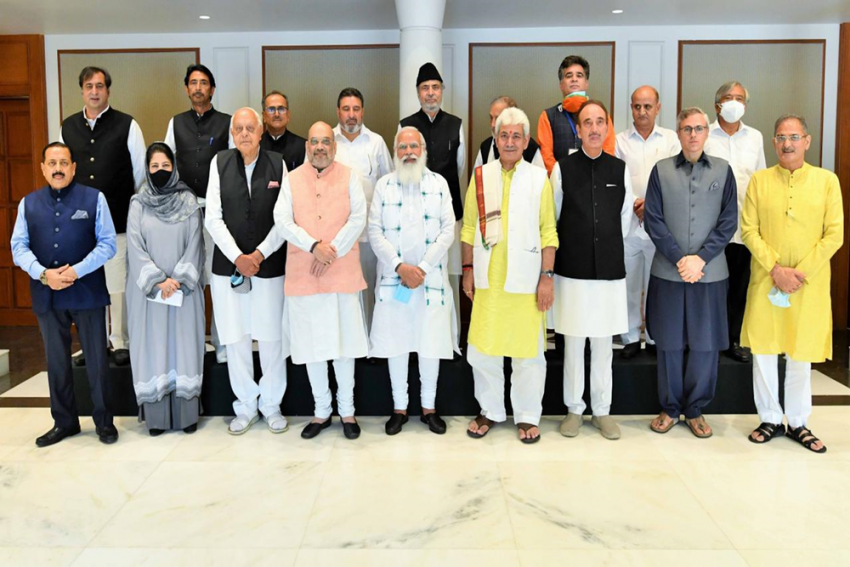 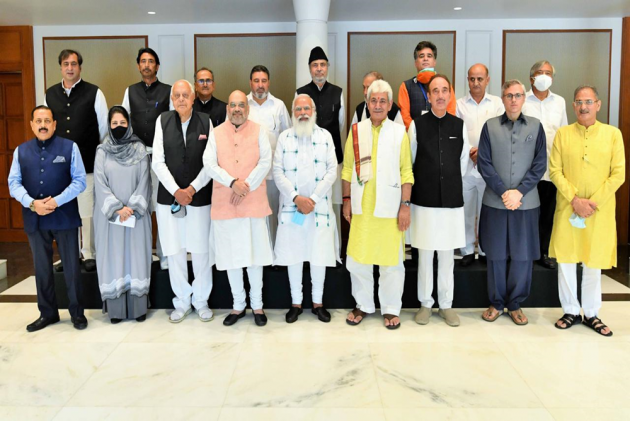 Prime Minister Narendra Modi held a three-hour meeting with top political leaders of Jammu and Kashmir today, his first such interaction after the region's special status was scrapped in 2019.

According to leaders from J&K, PM Modi said he is committed to restoring statehood and start‌ing political process in the valley. The Centre told the parties that under the current rule, Jammu and Kashmir saw a lot of positive changes such as block-level elections being held for the first time.

NC leader and former chief minister Farooq Abdullah said, "Building trust in Jammu and Kashmir is necessary today. Restoration of full statehood of Jammu and Kashmir will be the first trust-building exercise from New Delhi side."

During the three-and-a-half-hour-long meeting, almost all the 14 leaders from Jammu and Kashmir demanded that its statehood, which was removed in August 2019, should be restored, he said.

According to official sources, the main focus of the meeting was to strengthen the democratic process and the prime minister said that the government was fully committed to it.

This is the first interaction between the central leadership and the mainstream parties since August 5, 2019, when the Centre revoked Jammu and Kashmir's special status under Article 370 of the Constitution and bifurcated it into union territories, Jammu and Kashmir, and Ladakh.

Modi stressed that holding assembly elections, just like the successful conduct of the District Development Council polls, is a priority and that the polls can happen soon after the delimitation exercise, the sources said, adding that by and large most participants expressed willingness for it.

The prime minister stressed that an atmosphere of safety and security needs to be ensured for all sections of society in Jammu and Kashmir and he wanted to remove 'Dilli ki Duri as well as 'Dil Ki Duri' (distance from Delhi as well as distance of heart), according to the sources.

"The meeting was very cordial and very positive, very dignified. We all agreed that we must work for the democracy. The prime minister has assured that he will do everything to make Jammu and Kashmir a zone of peace rather than a zone of conflict," Baig told reporters after the meeting.

Baig said the government side conveyed that the assembly elections in Jammu and Kashmir will be held after the completion of the ongoing delimitation process.

"We were conveyed that the delimitation process will be completed first and thereafter a call will be taken on holding the assembly elections in Jammu and Kashmir," he said.

However, he said, no time frame has been given on holding the polls.

"Almost everyone at meeting raised the demand for restoration of statehood of Jammu and Kashmir," he said, adding the prime minister carefully listened to every issue raised by the political leaders.

The four former chief ministers of the erstwhile state who participated in the discussions were Farooq Abdullah and his son Omar Abdullah of the National Conference, Congress’ Ghulam Nabi Azad and PDP chief Mehbooba Mufti.