He virtually flagged off the inaugural train from Noapara to Dakshineswar in the 4.1-km stretch of the north-south corridor of the metro railway. 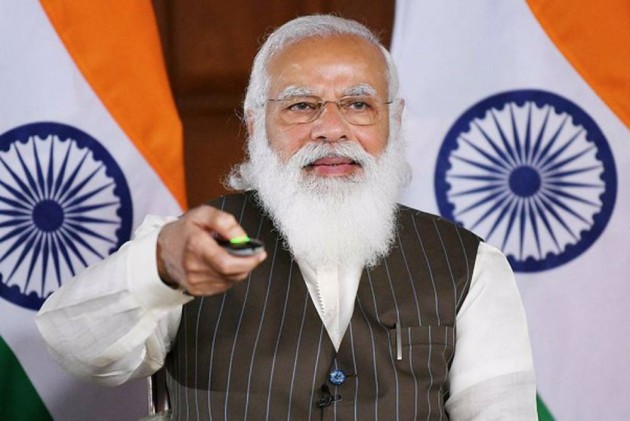 Prime Minister Narendra Modi on Monday inaugurated the extension of Kolkata Metro Railway from Noapara to Dakshineswar, revered for the over 160-year-old temple of Goddess Kali.

He virtually flagged off the inaugural train from Noapara to Dakshineswar in the 4.1-km stretch of the north-south corridor of the metro railway from here.

He said the new lines will reduce congestion and ensure better connectivity.

The prime minister added that the metro railway extension will ensure easier and faster connectivity between the city's Kalighat Temple and the Dakshineswar Kali Temple.