Mehbooba Mufti was arrested on August 5, 2019, the day the government revoked Article 370. She was booked under section 107 of CrPC, and then the stringent Public Safety Act. 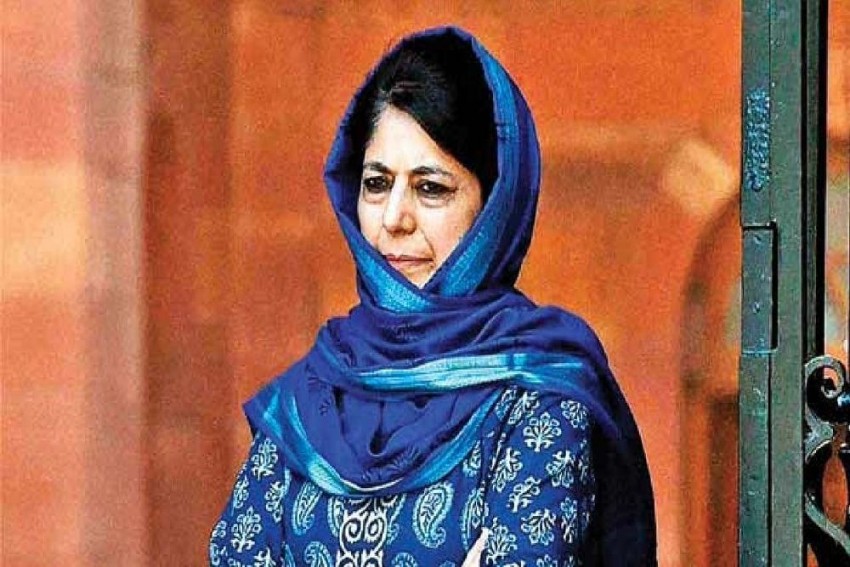 A government spokesman Rohit Kansal tweeted that Mehbooba Mufti is being released.

"As Ms Mufti's illegal detention comes to an end, I'd like to thank everybody who supported me in these tough times," tweeted Iltija Mufti, Mehbooba's daughter.

As Ms Mufti’s illegal detention finally comes to an end, Id like to thank everybody who supported me in these tough times. I owe a debt of gratitude to you all. This is Iltija signing off. ÙÂÂÂÂÂÂÂÂÂÂÛÂÂÂÂÂÂÂÂÂÂ Ø§ÙÂÂÂÂÂÂÂÂÂÂØ§ÙÂÂÂÂÂÂÂÂÂÂ Ø§ï·² May allah protect you

The Episode Of Tyranny Is Over: Jammu And Kashmir Political Leaders React To Mehbooba’s Release 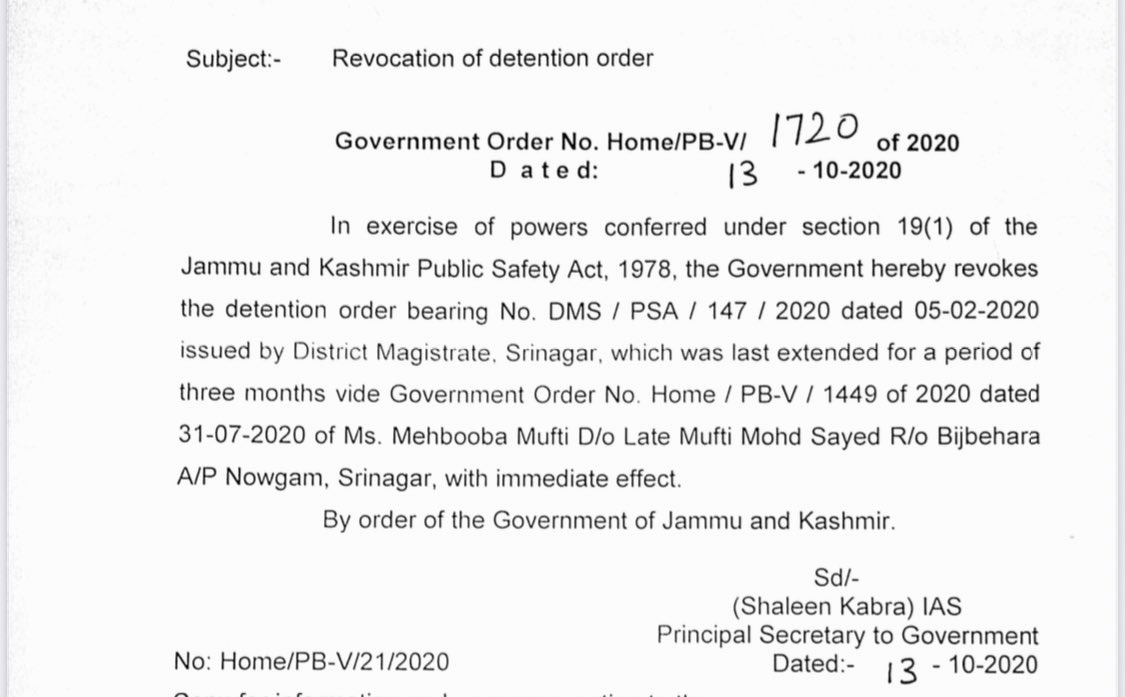 Copy of the government order.

Mehbooba Mufti was arrested on August 5, 2019, the day the government revoked Article 370. She was booked under section 107 of the Code of Criminal Procedure (CrPC).  Six months later the former chief minister was booked under the PSA. The PSA dossier referred to Mehbooba as being a “daddy’s girl.”

Earlier this month, in its reply to a writ petition filed by Iltija Mufti seeking her mother's release,  the government cited the “geopolitical position of Jammu and Kashmir”, its geographical proximity with Pakistan, and Mehbooba’s statements "“glorifying militants” for the continuation of her detention under the Public Safety Act (PSA).

Similar arguments were presented by the government to plead for the continuation of detention of Omar Abdullah as well, when Omar’s sister had filed a petition before the apex court seeking his release in February.