India feels the prevailing mood in the international arena against Pakistan is an ideal opportunity to push the diplomatic envelope further. 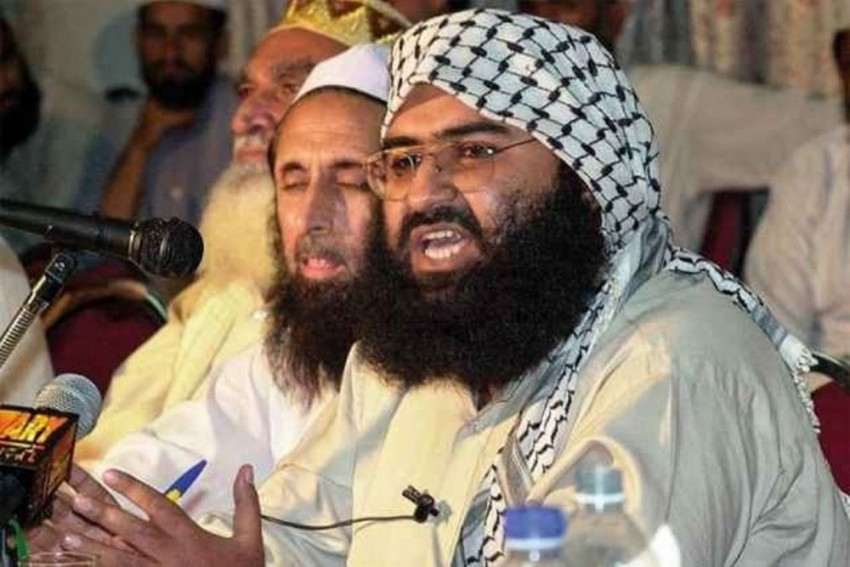 Jaish-e-Mohammad chief Masood Azhar was designated as a "global terrorist" by the United Nations on May 1.
Pranay Sharma May 04, 2019 00:00 IST Pakistan May Use Masood Azhar As 'Showpiece' To Better Its International Standing 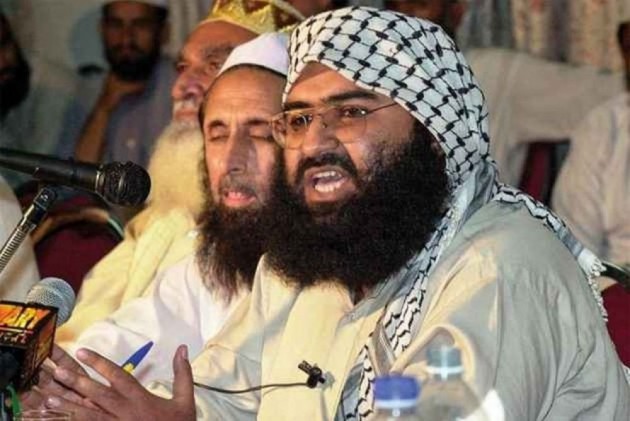 Contrary to the belief in Delhi, Jaish-e-Mohammed (JeM) chief Masood Azhar may well become Pakistan’s “showpiece” to ward off further action at the hands the international community.

The Indian establishment is keen that pressure on Pakistan from major world powers remains so that it is forced to dismantle the terror infrastructure in the country. It feels the prevailing mood at the international stage against Pakistan is an ideal opportunity to push the diplomatic envelope further.

A major test for this will come in the forthcoming meeting of the Financial Action Task Force (FATF) in the United States in June.

Pakistan has been put on the “grey list” of the FATF. If it graduates to the next level and makes it to the “black list,” the country’s sputtering economy could suffer further as most international investors may then stay away from Pakistan.

But action against the “global terrorist” is likely to improve Pakistan’s standing. It may not be done overnight, but incremental steps by Pakistan in that direction will help convince outsiders of its intent to change and act against terrorists operating from its soil.

As part of this drive, Pakistan has announced several measures against Azhar. On Thursday, the Security and Exchange Commission of Pakistan (SECP) ordered non-banking financial institutions and regulating authorities to block all investment accounts of Azhar.

The SECP ordered that all companies should scan their data and inform the Commission within three days about necessary action that had been taken against Azhar’s accounts. He is already barred from carrying weapons and a travel ban on him has restricted his movement, preventing him from stepping out of the country.

In Pakistan’s assessment, Azhar, both figuratively and otherwise, is a “dying asset”. There have been several reports in Pakistan that suggest he is seriously ill and is no longer in a position to launch any global jihad. But to India and others, Azhar has become the face of Pakistani terrorism.

India had launched a sustained diplomatic campaign to get Azhar designated as a “global terrorist” in the UN Security Council 1267 Committee which penalizes individuals or entities that are linked to international terror organisations like the Al-Qaeda and ISIL or “Daesh” by imposing financial and arms sanctions as well as the travel ban.

The indication is that Pakistan will try and campaign among the FATF members at the next meeting in Washington to take it off the “grey list.” Though India is likely to keep up the pressure and seek to convince others that if the pressure is released, Pakistan may once again go back to its policy of using terror to deal with its neighbours like India.

Interestingly, it is here that China’s role will be watched with interest. Two years back, China had agreed to put Pakistan on the greylist because India and others agreed to support it for the vice chair’s post in the FATF.

For over a decade, China had put a “technical hold” to declare Azhar a “global terrorist” until it was convinced that India had provided enough evidence that shows his links with both Al Qaeda and Daesh.

Though Indian officials point out that since Jaish-e-Mohammed was UN proscribed terror organisation for several years, it defied all logic that its head was not a proscribed terrorist. But India had to work hard to prove both Azhar’s links with the Jaish as well as with Al Qaeda and Daesh.

However, with so much focus on Azhar over the past years, it also becomes easy for Pakistan to show its seriousness in tackling global terrorism by taking action against him.

Whether or not the international community, especially the “biggies” who had rallied with India on Azhar at the UN, will continue to turn on the screw on Pakistan will be known soon at the next FATF meeting. But there is little doubt that both India and Pakistan will continue to battle over “terrorism” for many more days to come.

Would Have Been Better For BJP If Congress-AAP Alliance Had Happened, Says Union Minister Harsh Vardhan