In a major relief to Covid patients finding it difficult to get a bed in Delhi, hospitals on Tuesday said they are in a comparatively better situation in terms of oxygen supply and have reopened admissions. 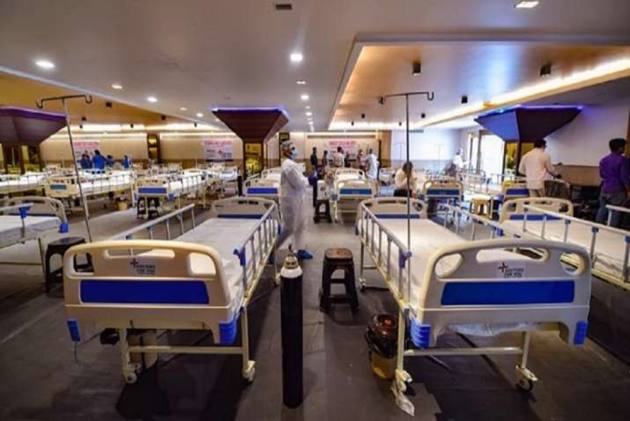 In a major relief to Covid patients finding it difficult to get a bed in Delhi, hospitals on Tuesday said they are in a comparatively better situation in terms of oxygen supply and have reopened admissions. After days of scrambling for oxygen amid the rising number of coronavirus cases, medical facilities across the city and its suburbs put out desperate pleas for help on social media and other platforms last week, flagging their dwindling stock of oxygen.

Sudhanshu Bankata, executive director of Batra Hospital, said they have reopened admissions. “Thankfully, at present, there’s no crisis relating to oxygen supply. Our stock can last up to six to seven hours. The hospital’s daily requirement is eight metric tonnes and it has 270 patients admitted currently,” he said.

Triple Mutation Strain Detected In 4 States: Why Is It Dangerous And Needs Effective Monitoring?

Dr D K Baluja, medical director of Jaipur Golden Hospital, said the hospital has enough supply to last the day. “We are in a very comfortable situation today. The daily requirement of oxygen is 3.6 metric tonnes and we have about six tonnes available which will last for the entire day. It is quite a comfortable situation.”

The hospital also thanked the Delhi government and the Indian Railways for supplying oxygen to it. “We thank @JSPLCorporate @Indianrailway18 for the O2 supplied overnight. We also thank the Delhi government @CMODelhi for the emergency O2 top-up through INOX that we received last night. Together we will overcome this crisis,” it said in a tweet. Last week, 20 patients died at the Jaipur Golden Hospital as it ran out of the life-saving gas.

Sir Ganga Ram Hospital, which repeatedly sent out SOS last week over oxygen shortage as lives of hundreds of patients at the facility hung by a thread, received two tonnes of liquid medical oxygen this morning, according to an official. The hospital official asserted that they are in a better situation as compared to “the last few days”.

As many as 25 Covid-19 patients at the high-profile Sir Ganga Ram Hospital had died last week. Sources said “low pressure oxygen” could be the likely cause of the deaths.

Officials at Fortis Healthcare said the situation is stable now and admissions are on.

However, an official of a private hospital said the crisis is still there. But after days of running around, healthcare facilities now know who to contact for a refill and from where help will arrive, the official said requesting anonymity.

The first Oxygen Express train carrying around 70 tonnes of medical oxygen reached Delhi early this morning, officials said. This oxygen will now be disbursed by the Delhi government to various hospitals, they said.