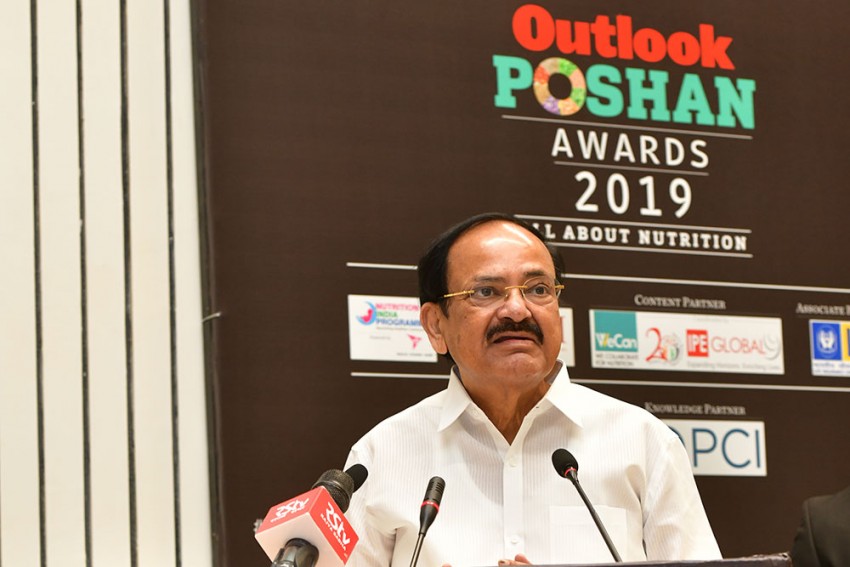 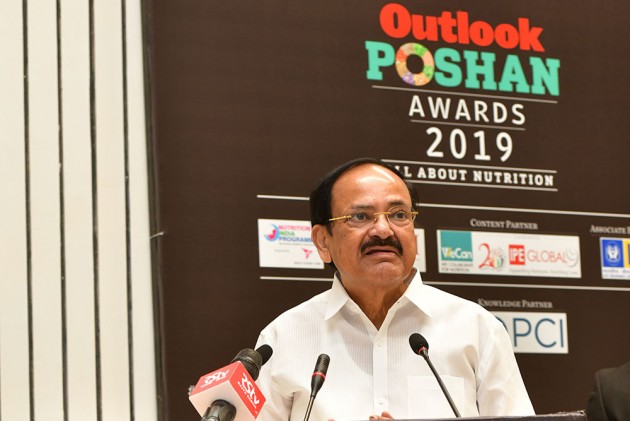 Vice-President M Venkaiah Naidu on Saturday said that for a healthy future, India must move towards natural, organic and nutritious food.

Speaking at the inaugural Outlook Poshan Awards 2019, Naidu recalled several of his own stories, explaining how he carried a variety of spices from India when he first visited the United States.

Naidu stressed that since agriculture forms an important part of India's basic culture, the sector should be empowered to become nutrition-sensitive.

He also said that nature and culture could always come together for a better future.

The Vice-President also shed light on some hard-hitting facts.

He added the government alone cannot fight this battle, adding that well-meaning as well as rich people should contribute more towards fulfilling these responsibilities.

"Nutrition is essential for a healthy immune system, higher-order cognitive ability, empowerment of the present and future generations. Therefore, it should be a top priority for the country," he said.

"And to keep India striding fast on its development trajectory, we need people of the country -- its human capital -- to be stronger and healthier," said Naidu.

Complimenting the Outlook Group, Naidu said he was happy to have attended the event the objective of which was to serve a noble cause.

"There is no alternative to nutritious food," he said, adding Prime Minister's Poshan Abhiyan can act as a guiding light in all nutrition-related interventions in future.

"I want to compliment everyone who is working to make a wonderful contribution so that India can become a healthy, wealthy and happy nation," he said.