Home  »  Website  »  National  » Opinion  »  On The Roof Of The World, The Shadow Of The Celestial Snow Lion
Opinion

On The Roof Of The World, The Shadow Of The Celestial Snow Lion

The shadow warriors of the Special Frontier Force now deployed in Ladakh gives India a distinct edge on the border. 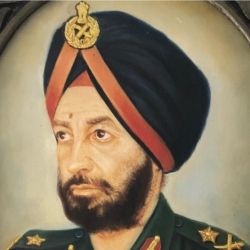 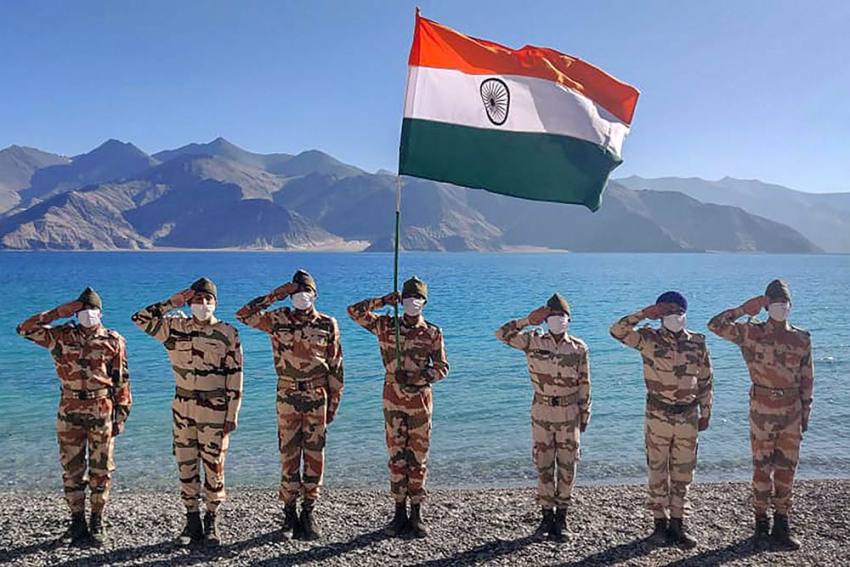 It would be fallacious to surmise that there will be any resolution to the on-going border stand-off with China in the near future. (Representational image.)
PTI
Gurdip Singh Uban 2020-09-20T08:11:10+05:30 On The Roof Of The World, The Shadow Of The Celestial Snow Lion 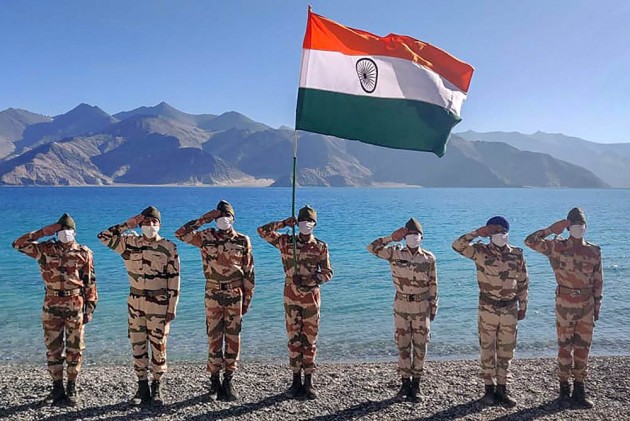 The mystic, celestial Snow Lion, “Gang: Seng Ge” in local lore, derives its name from the Sanskrit Simha. It is the emblem of Tibet showcasing its eternally snow covered mountains and glaciers, even as it symbolises power, strength, fearlessness and joie de vivre or the joy of living. It is also the symbol and flag of the intrepid, fearless warriors of the Special Frontier Force, who have figured so prominently in the recent clashes in eastern Ladakh.

The strategic importance of Tibet cannot be over emphasised. It is the roof of the world, with vast mineral and natural resources. The mighty rivers that emanate from its expansive glaciers such as the Brahmaputra, Yangtse, Yellow river, Mekong, Salween and the Indus, together with thousands of their tributaries have nurtured civilisations in peripheral countries for centuries. Kailash Mansarovar with its spiritual overtones tugs at the heart strings of every Indian.

In an act of naked aggression China occupied Tibet in 1959. A buffer was eliminated, and the de facto boundary of China, became contiguous to that of India. A boundary deliberately left un-demarcated to enable further expansion. As a first step therefore there is need to challenge the very legitimacy of China’s claim over Tibet. For centuries Tibet has been an independent Nation. In the 16th century the Golden Hordes of Genghis Khan invaded, captured and ruled over China for over a century. During this period his grandson Kublai Khan signed an independent treaty with Tibet. The Vth Dalai Lama having been murdered, China began to interfere in the affairs of an Independent Tibet. 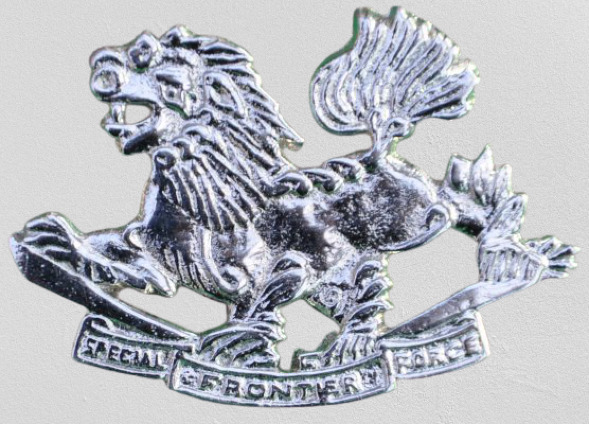 After the fall of the Quing dynasty in 1913, Tibet expelled all Chinese officials and troops and declared itself independent. A stamp of approval was accorded by the signing of the Simla Agreement in 1914 between the British and the Tibetan Government, which was also attended by a Chinese representative. The Communist Party of China which came to power in 1949 began its experimental programmes. Soon China was staring at a famine caused by the quixotic “Great Leap Forward”, an economic and social disaster. It was under these circumstances that Mao Tse Tung turned to Tibet, and declared that “Tibet is the palm that we shall occupy and then go after the five fingers Ladakh, Nepal, Bhutan, Sikkim and Arunachal Pradesh”.  Consequently in 1959 China committed the naked act of aggression of an independent Tibet, to which India acquiesced, till our “Hindi Chini Bhai Bhai” dream was rudely shaken in 1962.

India is dealing with a bellicose neighbour, with an obsession for assertion of rights over land which their predecessors may have acquired through conquest or guile. Their own history of submission for over a century to the Mongols, followed by the Japanese, and the colonial powers that ruled over them are glossed over. China has land borders with 14 neighbours covering an estimated 22100 km. Post China’s independence as its economic status burgeoned, so did its military muscle. Based on a medieval mindset of the Middle Kingdom, and head of the Confucian family, China embarked on claims based on perceived imbalances of treaties forced on them when the country was weak. Some of these have since been resolved after bloody clashes such as with Russia and Vietnam, while others have been resolved through a combination of lucrative offers of money, trade and guile.

In most cases the end result has been such, that victory can be claimed by both sides. Russia accepted half of China’s claim, Kazakhstan was given lucrative economic deals, Kyrgyzstan retained 70 per cent of the land, ceding just 30 per cent and so on.

Towards the end of April this year, having completed their exercises on the edge of the Gobi Desert, the 4 Motorised and 6 Mechanised Divisions of the Chinese Western Theatre Command took to the Xinjiang highway, and in a well-planned and rehearsed move branched off on to a series of feeder roads on the LAC in eastern Ladakh. Once the troops were in position, they initiated multiple incursions across the LAC into what had been “No Man’s Land” patrolled by both sides. This included areas in the Depsang plains threatening the forward airstrip of Daulat Beg Oldie as also north and south of the expansive Pangantso salt water lake.

The world watched with horror as soldiers of two nuclear armed Asian giants engaged each other in a slugfest on the snowy summits of the Himalayas. In the melee that followed, they went at each other with clubs studded with barbed wire, machetes and rocks, crushing skull and bones in the most barbaric manner. Not a shot was fired, but the Indian Army which was initially surprised, reacted swiftly and with bravery and courage, inflicting severe casualties to the Chinese side.

The inevitable fallout of these actions was by both sides jostling for heights leading to a stalemate. Suddenly on the night of 29/ 30 August in a surprise move, the Indian Army turned the tables by occupying heights that were not only of great tactical importance north and south of the Pangansto Lake as also dominating the Spangur Gap, but were now looking into the innards of the Chinese depth localities at Moldo including their armour, guns and reserves. This amazing feat was accomplished primarily by a Ghost Army, the Special Frontier Force. Who are these super human troops? What are their antecedents? They are the dreaded shadow warriors of the Special Frontier Force.

During the era of the “Great Game” the British employed natives to patrol their own lands, which included Tibetans. It was the Mustang Base in the Northern Border Range that escorted the XIVth Dalai Lama to safety to India during the 1959 rebellion. As a consequence of the 1962 war, the Nehru Government ordered the raising of an elite Commando Force called the Special Frontier Force comprising amongst others, Tibetans who had sought refuge in India along with the Dalai Lama.

Major General Sujan Singh Uban, a legendary war veteran of the British Army famous for his daring exploits with the Long Range Desert Group in the Middle East and guerrilla wars in Burma during the Second World War, was a natural choice based on sheer merit. He was tasked to raise, train and Command this nascent Force, and mould them into a well-oiled fighting machine. To enhance their inherent fighting capabilities, these warriors were given airborne training in addition to experience and expertise in mountain and jungle warfare. Initially aided and equipped by the United States, they quickly indigenised and were soon on their own feet. The opportunity to display their mettle as also to repay their host country came during the Indo-Pak war of 1971. As the Indian Army moved in with their major thrust into East Pakistan, the SFF while supporting the flank of the Indian Army, by a blitzkrieg, cleared the Chittagong hill tracts, destroyed the Kaptai Dam and encircled and prevented the escape of the Pakistani 97 (Indep) Brigade and No 2 Commando Battalion, all of whom were taken prisoners. The SFF was poised to capture of Chittagong port when a ceasefire was declared; a daring move which paid handsome dividends. This earned them the “nome de plume” of the Phantoms of Chittagong.

Having performed exceedingly well in the Indian Army including out of turn promotions, I taught strategy as Senior Instructor at the Army War College.  I also had the added advantage of having served for more than 16 years in Kashmir and all along the Northern Borders for which I was awarded the Vashist Sewa Medal (VSM). Accordingly, I was selected for, and side stepped to the Special Frontier Force. This also enabled me to fulfil a family commitment. Based on my Record of Service I was promoted as Inspector General to Command the Special Frontier Force and was privileged to command them during the Kargil war in battles fought at heights of 14000 feet and above in sub-zero temperatures, actions which were lauded both in the Ladakh and Kargil sectors. The security for the Amarnath Yatra was provided by the SFF that year.

The Road Ahead: It would be fallacious to surmise that there will be any resolution to the on-going border stand-off with China in the near future. Let us assume that both countries wish to avoid a full-scale war considering the nuclear backdrop, COVID-19 pandemic and the economic downturn. The road ahead perforce will have to be evolved and based on a study of the manner in which China has negotiated its boundary disputes with 13 of its neighbours and the results achieved.

There can be little doubt that actions by the PLA in Ladakh were pre-meditated, planned and executed with precision. The Chinese were fully aware that they were transgressing into “No Man’s Land”. With a pre-determined aim in mind they proceeded to secure tactical heights and gained access to the areas which would forestall a counter offensive by the Indian Army. To expect them to vacate these areas at this juncture would be naive. Based on what has been stated in this article earlier with regard to China’s dealings with its neighbours, the matter can best be settled through negotiations but from a position of strength. Having taught strategy at the highest level at the Army War College, I can state with certainty that the PLA, in its present configuration and posture has immense weaknesses which they would be aware of, and which should make them uneasy.

Under the prevailing circumstances It has become imperative to formulate a Group of experts from amongst retired professionals, who have a proven track record from the Army, Navy, Air Force, Diplomats, Intelligence, Cyber and Cartographic experts etc. who will plan and prepare, short, medium and long term goals to achieve them within a suggested time frame. Most importantly besides the experience, they have the time. Their recommendations should be sent to the PMO for approval. Once approved, they will then be sent to the concerned ministries and Service Headquarters, where competent officials are available to implement them. These officials due to their day to day commitments such as the ongoing Parliament session are unable to devote the time necessary for a situation which is not only fluid in nature, needs constant attention but will also have a very major effect on the future of our nation. It can no longer be a part time issue to be addressed only when a crisis occurs. The crisis is upon us now.

Let us play down the rhetoric, adopt a pragmatic approach and permit the Aura of the Snow Lion to permeate its shadow on the Roof of the World.

The author is a Former Inspector General of the Special Frontier Force. (Views expressed are personal)