Home  »  Website  »  National  »  'Not A Permanent Break': Mayawati On Grand Alliance; Akhilesh Says SP Too Will Contest UP By-Polls

'Not A Permanent Break': Mayawati On Grand Alliance; Akhilesh Says SP Too Will Contest UP By-Polls

Mayawati's decision had raised doubts about the sustainability of her party's alliance with SP, barely 10 days after the BJP handed them a huge defeat in the recently concluded Lok Sabha elections. 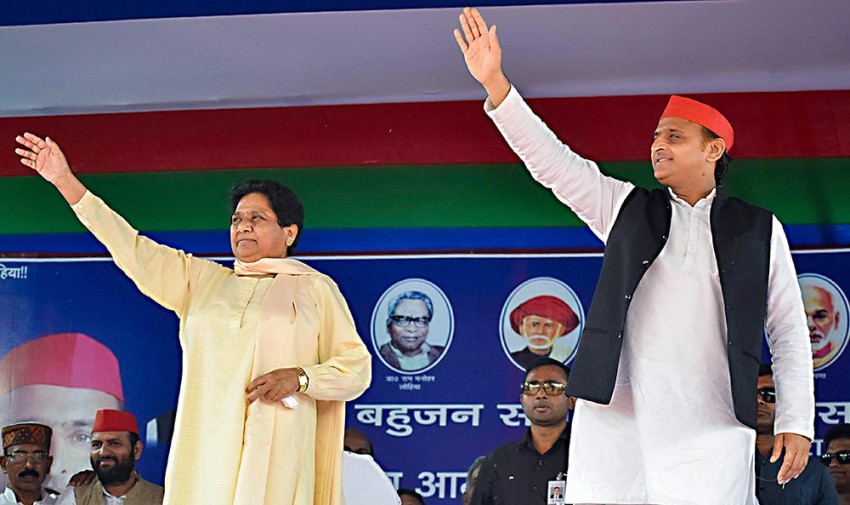 Samajwadi Party President Akhilesh Yadav and Bahujan Samaj Party chief Mayawati wave at their supporters during an election campaign rally for the last phase of Lok Sabha polls, in Mau.
Outlook Web Bureau 2019-06-04T11:49:17+05:30 'Not A Permanent Break': Mayawati On Grand Alliance; Akhilesh Says SP Too Will Contest UP By-Polls 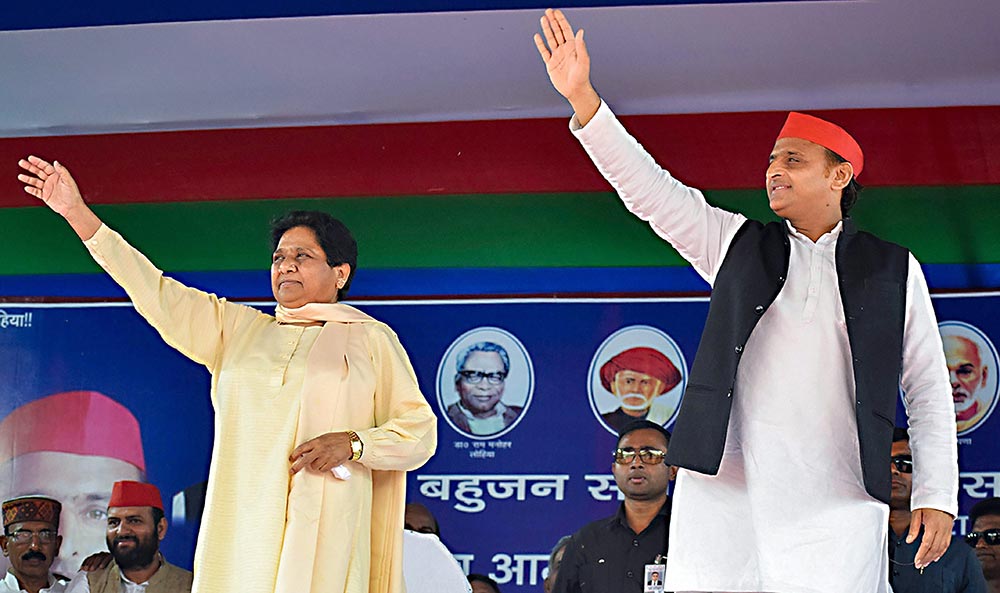 The Samajwadi Paty-Bahujan Samaj Party (SP-BSP) grand alliance in Uttar Pradesh seems to be on its last legs after BSP supremo Mayawati on Tuesday confirmed her decision to go alone in the by-elections to 11 seats in Uttar Pradesh.

But Mayawati also said that the move shouldn't be construed as an end to the SP-BSP mahagathbandhan.

"It' not a permanent break," she told reporters, a day after BSP leaders were told to prepare themselves for the forthcoming by-elections in UP. Mayawati's decision had raised doubts about the sustainability of her party's alliance with Samajwadi Party, barely 10 days after the BJP handed them a huge defeat in the recently concluded Lok Sabha elections.

The BSP matriarch, however, added that "political compulsions can't be ignored". The Lok Sabha election results show that SP's core vote base, the Yadav community, didn't support BSP, she said, adding even the strongest of their candidates lost.

"If SP chief Akhilesh Yadav succeeds in his political work, we will work again," BSP supremo Mayawati said. But she also clarified that Akhilesh's failure may bring down curtains on the grand alliance once and for all. "But if he doesn't succeed, it'll be good for us to work separately."

Reacting to Mayawati's decision, SP chief Akhilesh Yadav said that his party will also contest in all 11 seats in the state.

When asked if his party was also considering quitting the mahagathbandhan, he said the decision will be taken in consultation with senior party leaders.

On Monday, Mayawati had conveyed to party leaders to prepare themselves for the UP by-elections and not depend on the alliance.

BSP chief's move came as surprise to many, considering her party had won 10 seats in the recently concluded Lok Sabha elections.  Even though it was a significant improvement for BSP from its 2014 tally when it drew a blank, the mahagathbandhan failed to put breaks on the Modi-Shah juggernaut in Uttar Pradesh.

The saffron party won a staggering 62 of the 80 seats in the state.