'No Link Between NRC And NPR': Amit Shah After Cabinet Approves Funds For Population Register

'There is no link between the two and the two have different processes,' Shah said. 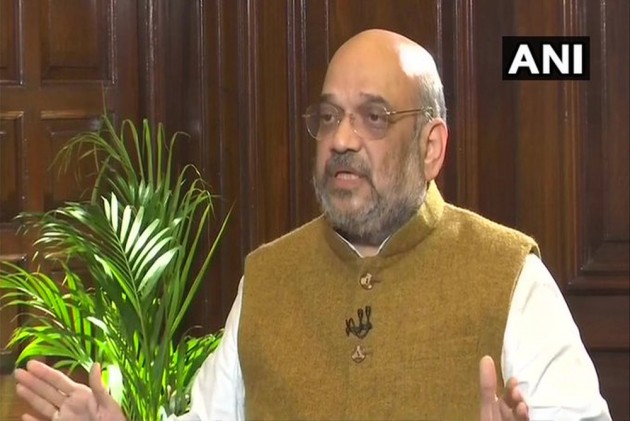 In an interview to ANI, Shah said that that information obtained through NPR cannot be used for NRC which was a separate process.

He claimed the union cabinet has not ever discussed NRC.

Shah's remarks came on a day the union cabinet approved the proposal for conducting Census of India 2021 and updating of NPR.

"NPR will not affect anyone's nationality. Even if somebody's name is missing from NPR, then too his citizenship will not be threatened," he said.

The minister said that while Census was held every 10 years and NPR was started by the UPA government and the government was carrying it forward as it was a "good exercise".

He said the names of people living in the country are in NPR based on which programmes are made.

With West Bengal and Kerala having decided to put a stop to NPR exercise, Shah said there should not be politics over the exercise as it is aimed at benefitting citizens and for improving the planning of welfare schemes.

"I will talk and appeal to them that no politics should be done on this", Shah said.

"There is no connection between the detention centre and NRC or CAA. The centre has been there for years and is for illegal immigrants. Misinformation is being spread on this," he said.

Responding to a query, he said the government has given time of six months to people who have been excluded from Assam's NRC to approach the Foreigners Tribunal.

"We have also made several tribunals for this and nobody has been kept in the detention centre. 19 lakh people who have been excluded from the list there are staying at their home only," said Shah.

Shah said there is only one detention centre which has been in existence for years and probably there was no other such centre.

"No detention centre has been made after the Modi-led government came to power," he said.

Shah said if a person without valid documents is caught in America, he or she will be kept in the detention centre or any related arrangement and the process of contacting the respective country's embassy begins.