Home  »  Website  »  National  »  No Ifs And Buts, Nitish Kumar Will Remain CM Even If We Win More Seats: BJP

No Ifs And Buts, Nitish Kumar Will Remain CM Even If We Win More Seats: BJP

Bihar Assembly Polls: Referring to LJP’s decision to go solo, senior BJP leader Sushil Modi made clear that his party will move Election Commission if anyone outside the alliance uses PM Modi’s photographs on posters. 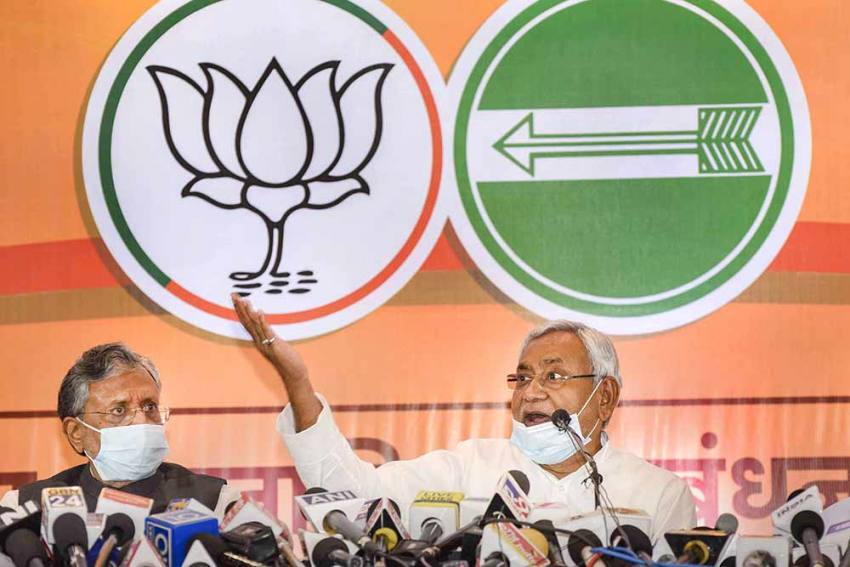 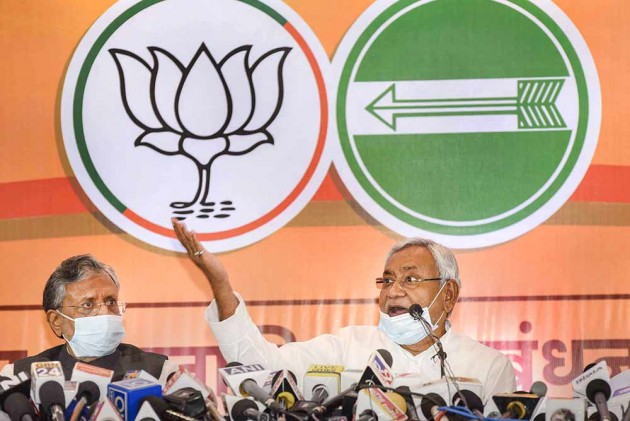 In a bid to scotch speculations over NDA’s chief ministerial candidate in Bihar arising out of the ‘rebellion’ of Chirag Paswan-led Lok Janshakti Party (LJP), the Bharatiya Janata Party on Tuesday asserted that Nitish Kumar would remain the head of the government even if the BJP wins more seats in its alliance with JD(U) in Bihar assembly elections.

“There are no ifs and buts. There should be no confusion about it. The BJP has already announced that Nitish ji will remain the chief minister regardless of the number of seats won by different allies of NDA,” said senior BJP leader Sushil Kumar Modi in Patna.

Addressing a press conference convened to announce the number of seats to be contested by different allies of NDA, the deputy chief minister said that it has already been decided by the top BJP brass that Nitish would be the chief minister of the alliance. “Except for two-three years, the BJP and the JD(U) have been allies since 1996 and have worked together,” he added.

Referring to LJP’s decision to contest the polls on its own, Sushil said that only those parties which are part of the alliance could use the photograph of Prime Minister Narendra Modi on the posters. “We will move the Election Commission if anybody uses the PM’s photographs in their election campaign,” he said.

Sushil’s remarks came after Chirag hit out at Nitish and chose to walk out of the alliance to contest the Bihar assembly polls on its own, though he reposed his trust in the Prime minister’s development politics in the same breath. The BJP apparently apprehends that the LJP might use Modi’s pictures during its election campaign despite fighting against the JD(U) in Bihar.

On being asked whether the LJP was still part of the NDA because Ram Vilas Paswan remains a minister in the Modi government at the Centre, the BJP leaders said that had Ram Vilas Paswan not been unwell, things would have been different.

Nitish,on his part, refused to be drawn into the controversy over Chirag’s attack on him, saying he did not attach importance to what people spoke but he wondered at the same time as to how could Paswan become a member of the Rajya Sabha without the support of NDA in Bihar. “We have had a long association and attachment with Paswan ji and he is not keeping well these days. We all want him to recover soon but I wonder whether he could have become a Rajya Sabha MP without the support of JD(U) and BJP,” he said. “His party, after all, had only two seats in the Bihar assembly.”

Nitish, on this occasion, announced that JD-U and the BJP would contest from 122 and 121 seats respectively out of the total 243 seats in the state assembly. “We have already given seven seats to Jitan Ram Manjhi’s Hindustani Awam Morcha-Secular while the BJP would accommodate Mukesh Sahani’s Vikassheel Insan Party from its own quota. Their talks are in the final stage.”

Earlier this week, Sahani’s party quit the Mahagathbandhan accusing RJD leader of having backstabbed him over seat-sharing.

Bihar goes to the three-phase polls on October 28, November 3 and November. The counting of polls will take place on November 10.